The Wretched.......Know Your Enemies, From Your Friends 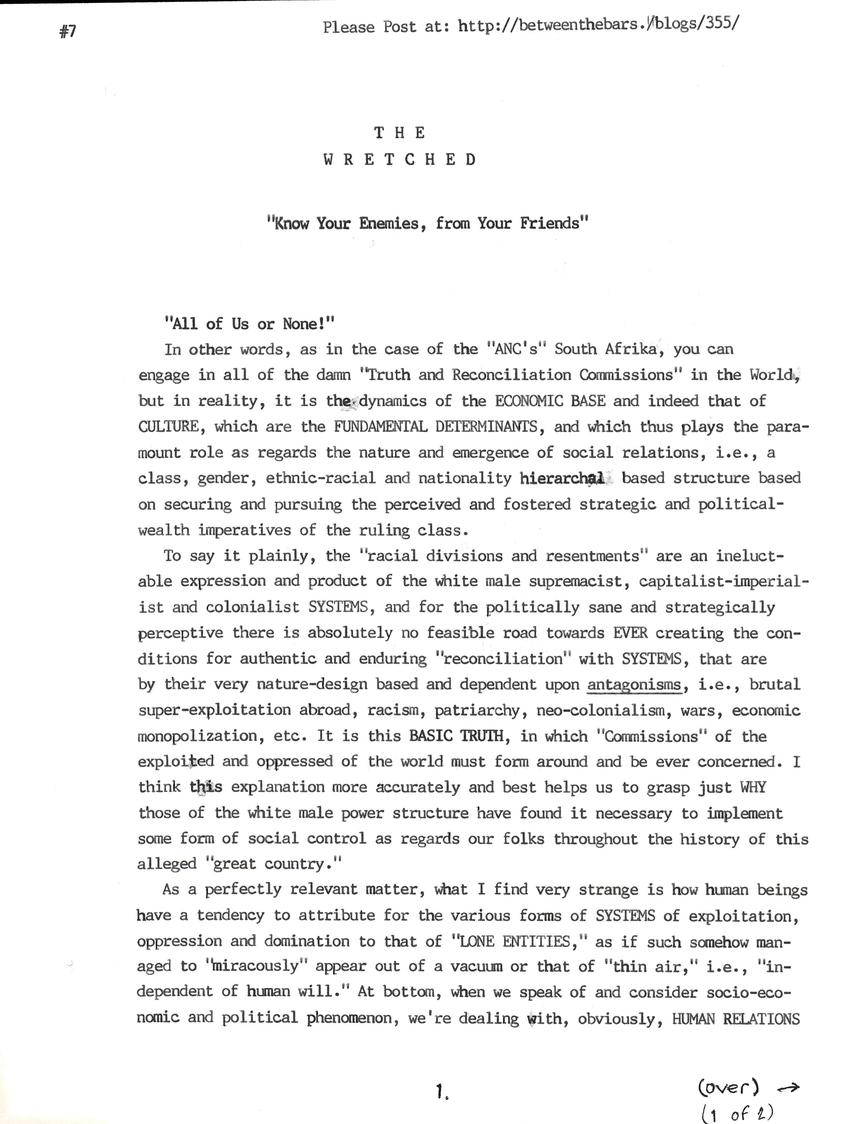 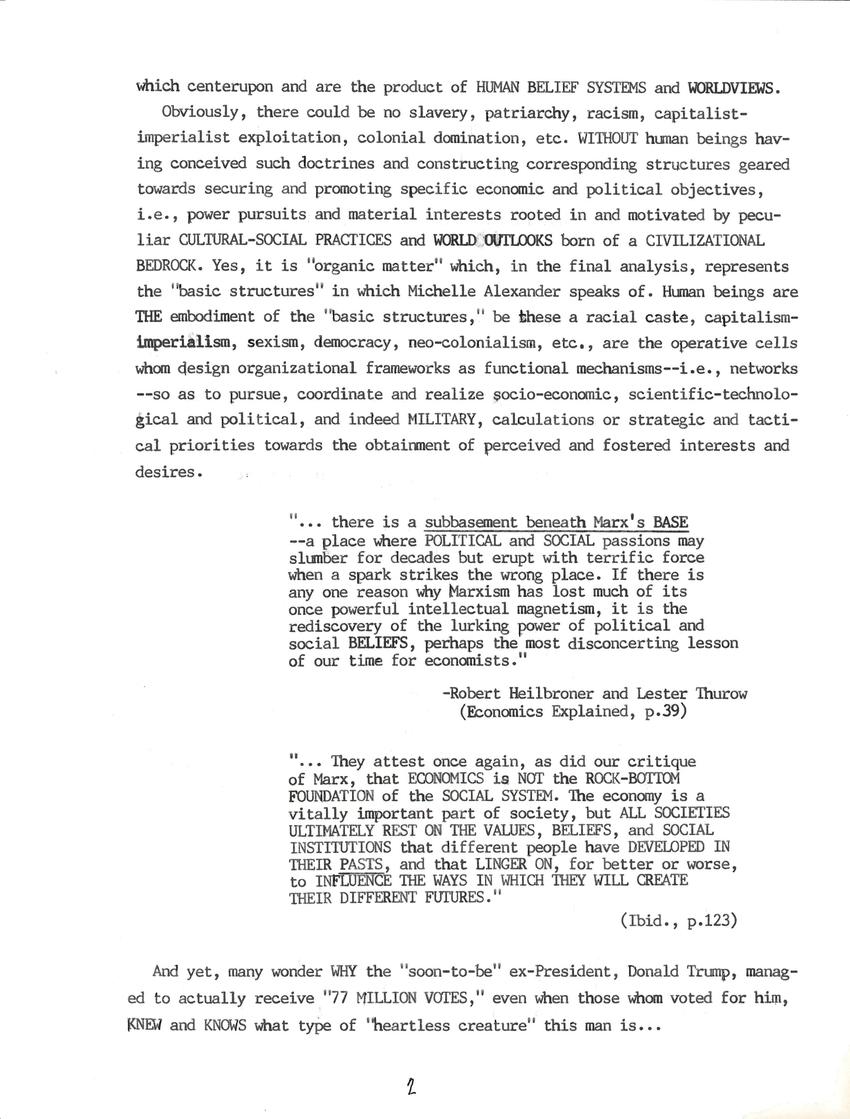 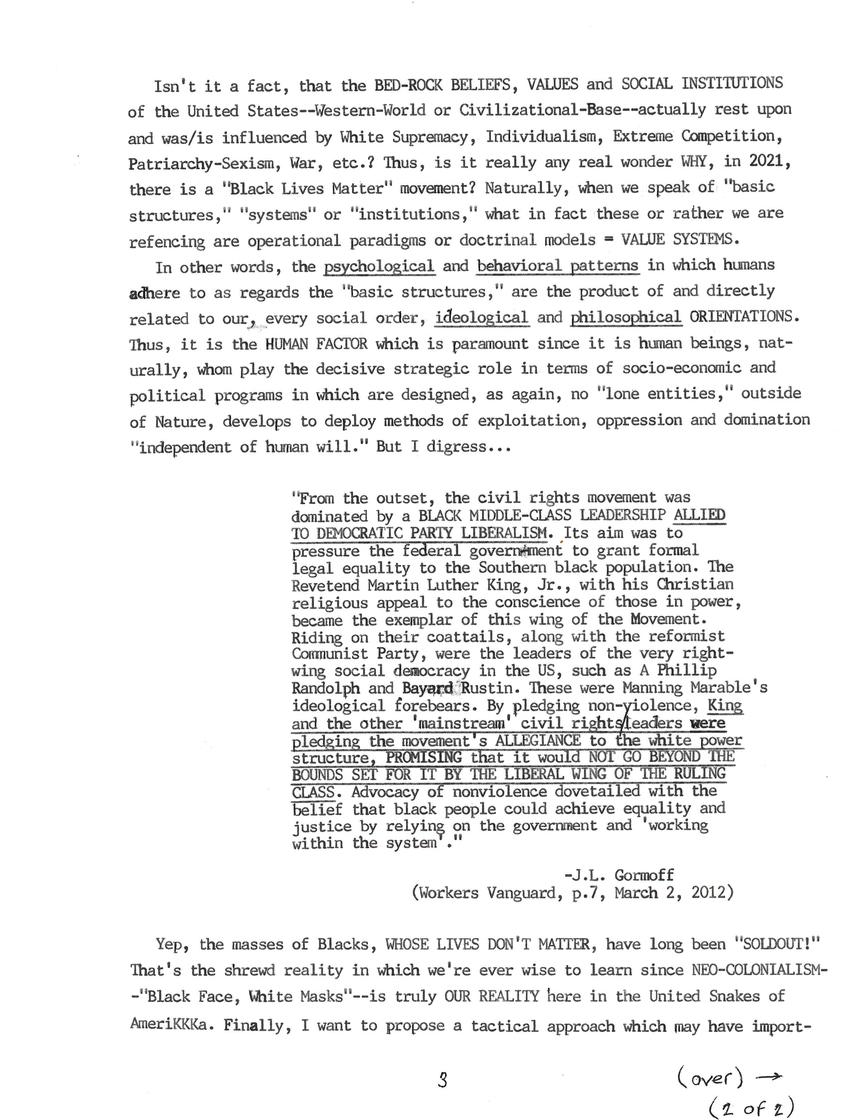 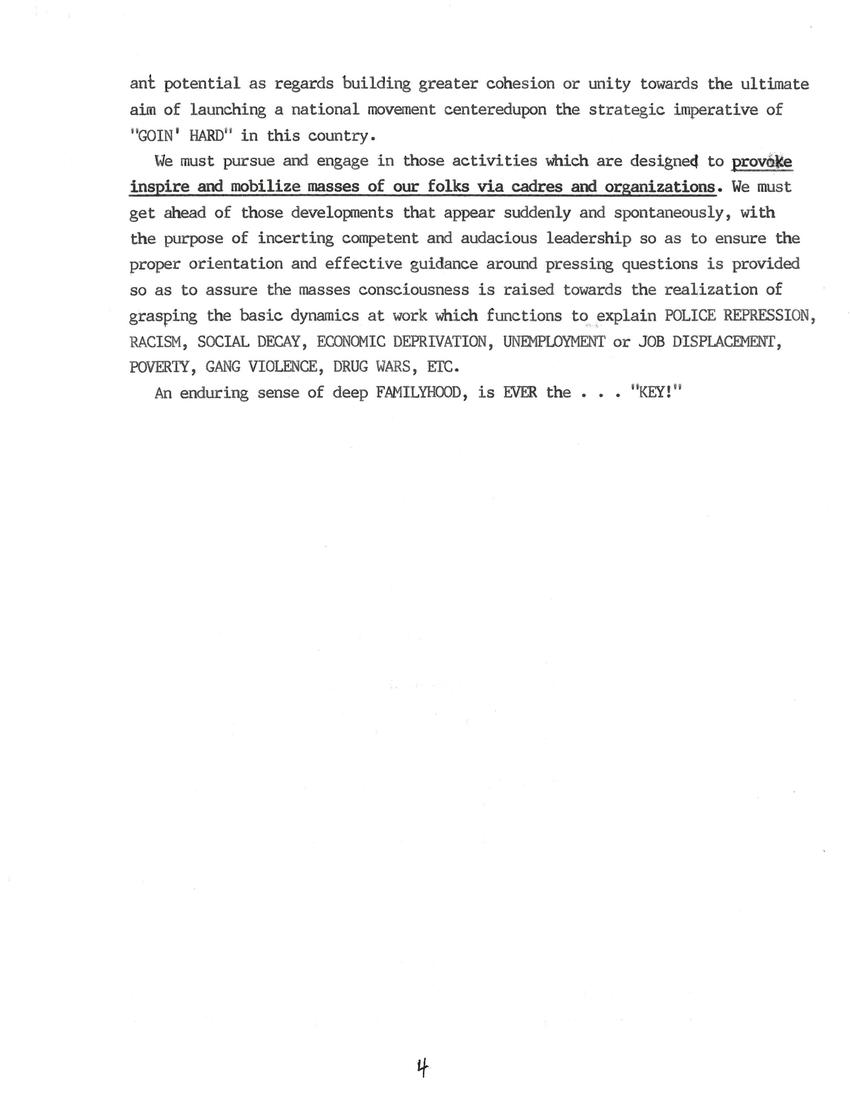 The Wretched
"Know Your Enemies, from Your Friends"

[indent] In other words, as in the case of the "ANC's" South Afrika, you can engage in all of the damn "Truth and Reconciliation Commissions" in the World, but in reality, it is the dynamics of the ECONOMIC BASE and indeed that of CULTURE, which are the FUNDAMENTAL DETERMINANTS, and which thus plays the paramount role as regards the nature and emergence of social relations, i.e., a class, gender, ethnic-racial and nationality hierarchal based structure based on securing and pursuing the perceived and fostered strategic and political-wealth imperatives of ruling class.
[indent] To say it plainly, the "racial divisions and resentments" are an ineluct-able expression and product of the white male supremacist, capitalist-imperial-ist and colonialist SYSTEMS, and for the politically sane and strategically perceptive there is absolutely no feasible road towards EVER creating the con-ditions for authentic and enduring "reconciliation" with SYSTEMS, that are by their very nature-design based and dependent upon antagonisms, i.e., brutal super-exploitation abroad, racism, patriarchy, neo-colonialism, wars, economic monopolization, etc. It is the BASIC TRUTH, in which "Commissions" of the exploited and oppressed of the world must form around and be ever concerned. I think this explanation more accurately and best helps us to grasp just WHY those of the white male power structure have found it necessary to implement some form of social control as regards our folks throughout the history of this alleged "great country."
[indent] As a perfectly relevant matter, what I find very strange is how human beings have a tendency to attribute for the various forms of SYSTEMS of exploitation, oppression and domination to that of "LONE ENTITIES," as if such somehow man-agaed to "miracously" appear out of a vacuum or that of "thin air," i.e., "in-dependent of human will." At bottom, when we speak of and consider socio-eco-nomic and political phenomenon, we're dealing with, obviously, HUMAN RELATIONS