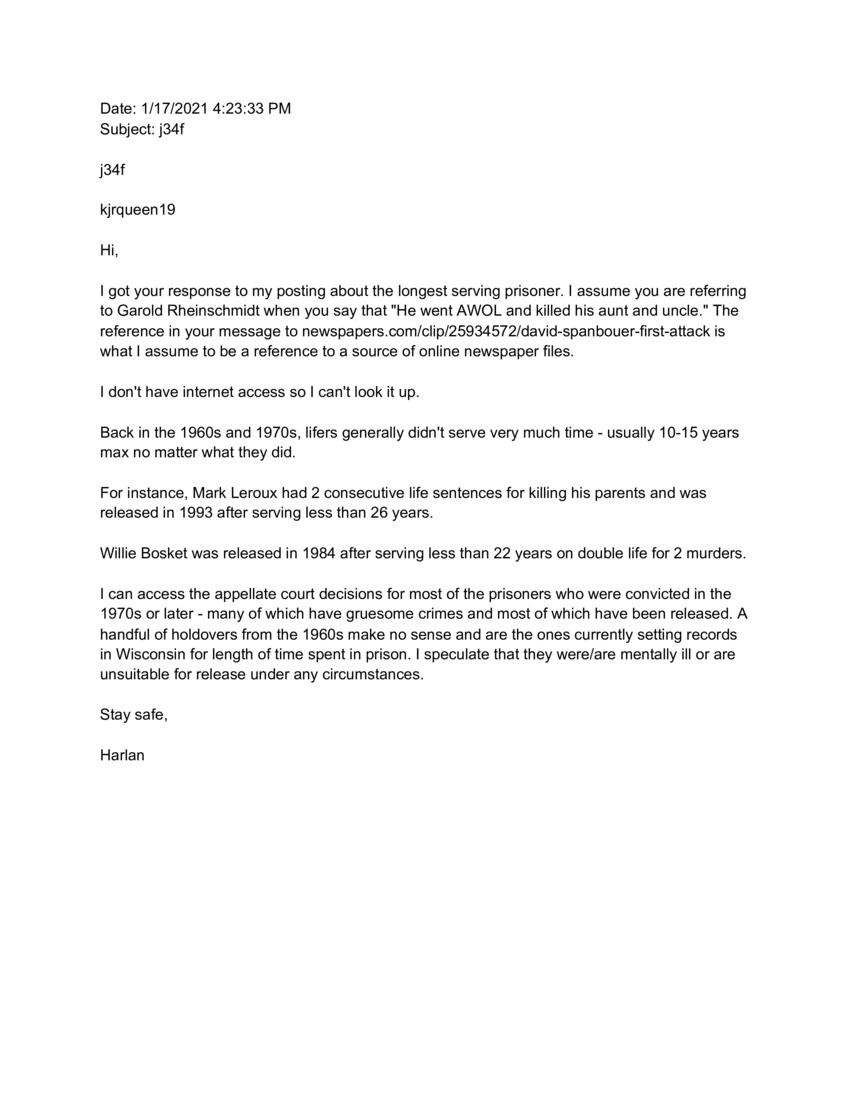 I got your response to my posting about the longest serving prisoner. I assume you are referring to Garold Rheinschmidt when you say that "He went AWOL and killed his aunt and uncle." The reference in your message to newspapers.com/clip/25934572/david-spanbouer-first-attack is what I assume to be a reference to a source of online newspaper files.

I don't have internet access so I can't look it up.

For instance, Mark Leroux had 2 consecutive life sentences for killing his parents and was released in 1993 after serving less than 26 years.

Willie Bosket was released in 1984 after serving less than 22 years on double life for 2 murders.

I can access the appellate court decisions for most of the prisoners who were convicted in the 1970s or later - many of which have gruesome crimes and most of which have been released. A handful of holdovers from the 1960s make no sense and are the ones currently setting records in Wisconsin for length of time spent in prison. I speculate that they were/are mentally ill or are unsuitable for release under any circumstances.