Dreaming Of A Rainbow 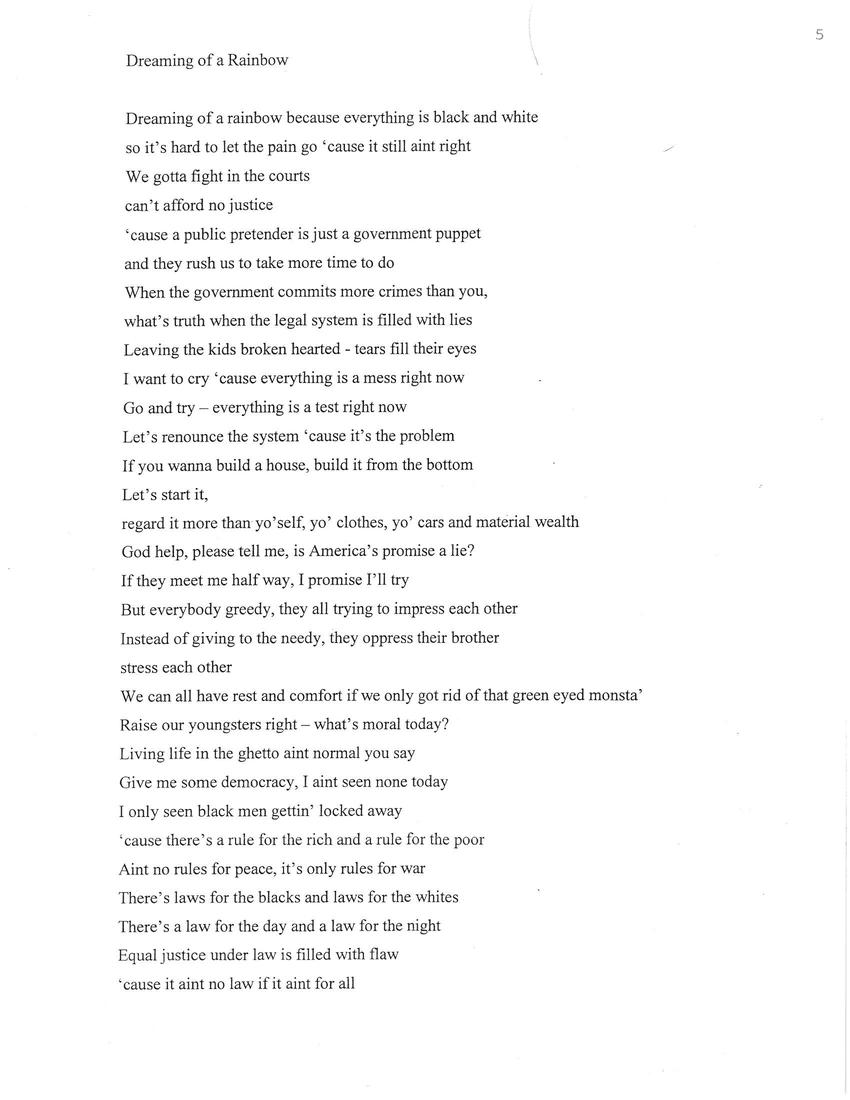 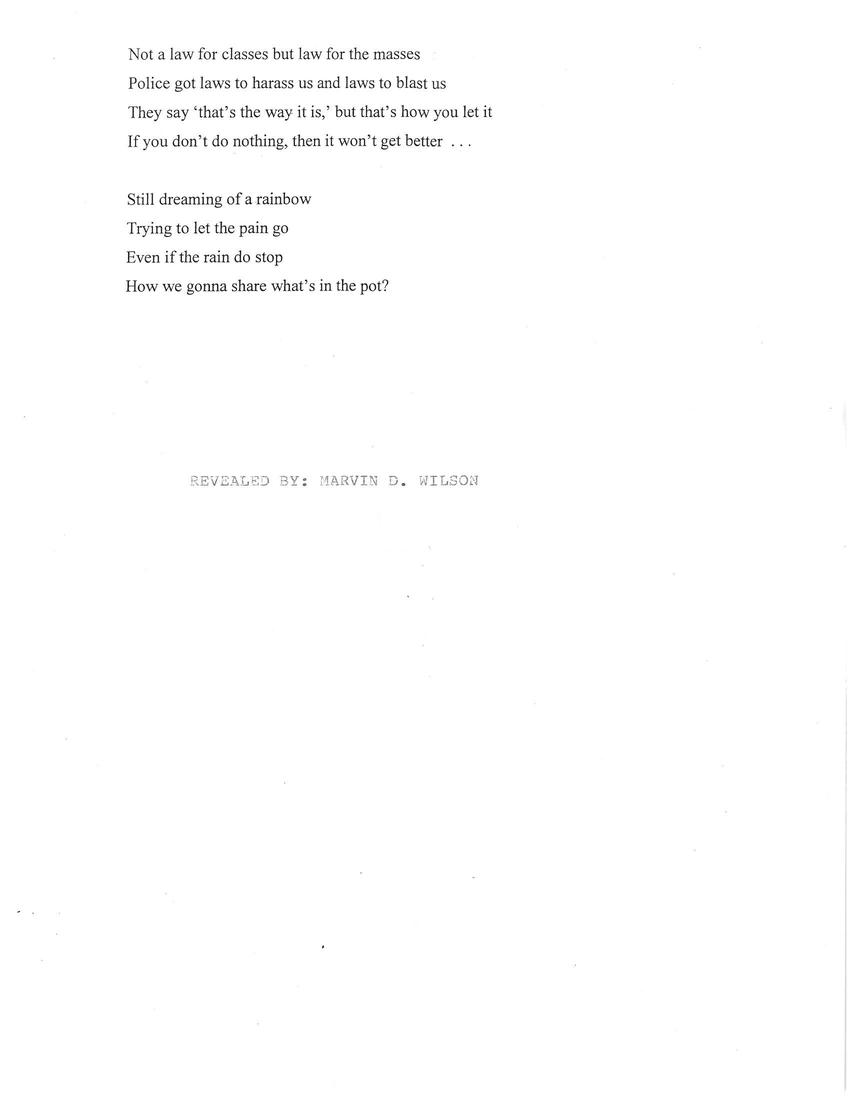 DREAMING OF A RAINBOW

Dreaming of a rainbow because everythin is black and white
so it's hard to let the pain go 'cause it still aint right
We gotta fight in the courts, can't afford no justice
'cause a public pretender is just a government puppet
and they rush us to take more time to do
When the government commits more crimes than you,
what's truth when the legal system is filled with lies
leaving the kids broken hearted - tears fill their eyes
I want to cry'cause everyting is a mess right now
Go and try - everything is a test now
Let's renounce the system 'cause it's the problem
If you wanna build a house, build it from the bottom
Let's start it,
regard yo'self, yo' clothes, yo' cars and material wealth
God help, please tell me, is America's promise a lie?
If they nmeet me half way, I promise I'll try
But everybody greedy, they all treying to impress each other
Instead of giving to the needy, tey oppress their brother
stress each other
We can all have rest and comfort if we only got rid of that green eyed monsta'
Raise our youngsters right - what's moral today?
Living life in the ghetto aint normal you say
Giving me some demecracy, I aint seen none today
i only seen black men gettin' locked away
'cause there's a rule for the rich and a rule for the poor
aint no rules for peace, it's only rules for war
There's laws for the blacks and laws for the whites
There's a law for the day and a law for the night
Equal justice under law is filled with flaw
'cause it aint no law if it aint for all
not a law for classes but law for the masses
Police got laws to harass us and laws to blast us
They say 'that's the way it is,' but that's how you let it
if you don't do nothing,then it won't get better ...

Still dreaming of a rainbow, tryin to let the pain go
Even if the rain do stop how we gonna share what's in the pot?