Hunting Endangered Species: Lions and Tigers and Bears, Oh My! 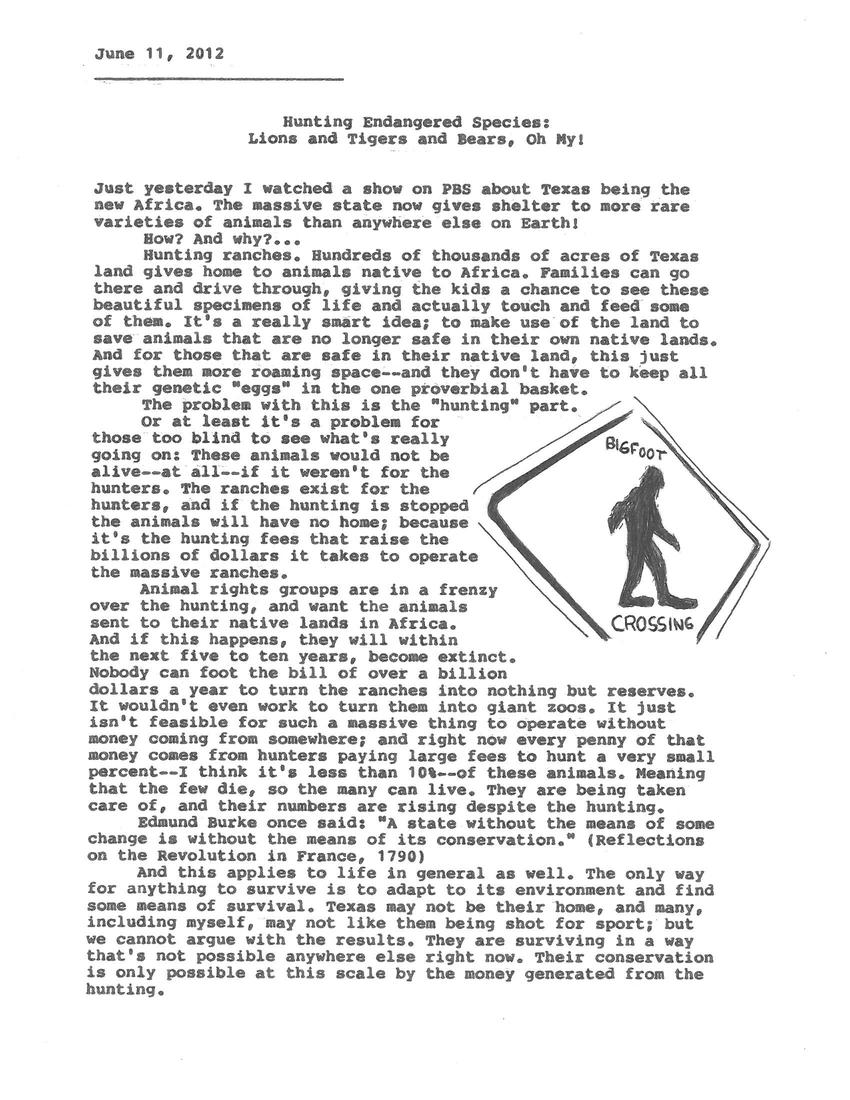 Hunting Endangered Species:
Lions and Tigers and Bears, Oh My!

Just yesterday I watched a show on PBS about Texas being the new Africa. The massive state now gives shelter to more rare varieties of animals than anywhere else on Earth!

Hunting ranches. Hundreds of thousands of acres of Texas land gives home to animals native to Africa. Families can go there and drive through, giving the kids a chance to see these beautiful specimens of life and actually touch and feed some of them. It's a really smart idea; to make use of the land to save animals that are no longer safe in their own native lands. And for those that are safe in their native land, this just gives them more roaming space -- and they don't have to keep all their genetic "eggs" in the one proverbial basket.

[Image: A drawing of a diamond-shaped "BIGFOOT CROSSING" road sign with a picture of a hairy creature on it.]

The problem with this is the "hunting" part.

Or at least it's a problem for those too blind to see what's really going on: These animals would not be alive -- at all -- if it weren't for the hunters. The ranches exist for the hunters, and if the hunting is stopped the animals will have no home; because it's the hunting fees that raise the billions of dollars it takes to operate the massive ranches.

Animal rights groups are in a frenzy over the hunting, and want the animals sent to their native lands in Africa. And if this happens, they will within the next five to ten years, become extinct. Nobody can foot the bill of over a billion dollars a year to turn the ranches into nothing but reserves. It wouldn't even work to turn them into giant zoos. It just isn't feasible for such a massive thing to operate without money coming from somewhere; and right now every penny of that money comes from hunters paying large fees to hunt a very small percent -- I think it's less than 10% -- of these animals. Meaning that the few die, so the many can live. They are being taken care of, and their numbers are rising despite the hunting.

And this applies to life in general as well. The only way for anything to survive is to adapt to its environment and find some means of survival. Texas may not be their home, and many, including myself, may not like them being shot for sport; but we cannot argue with the results. They are surviving in a way that's not possible anywhere else right now. Their conservation is only possible at this scale by the money generated from hunting.

Thanks for writing! I finished the transcription for your post. I've gone back through the archives of your posts, and have really enjoyed reading them. I hope to transcribe more of them.
you watch PBS? Me too! lolz I only watch it when im really bored. Im mostly readin books (if momma doesnt ground me from readin -_-. worst way to ground a thirteen year old). darn momma is correctin my spellin. :P sorry to ask, but why do you watch PBS? 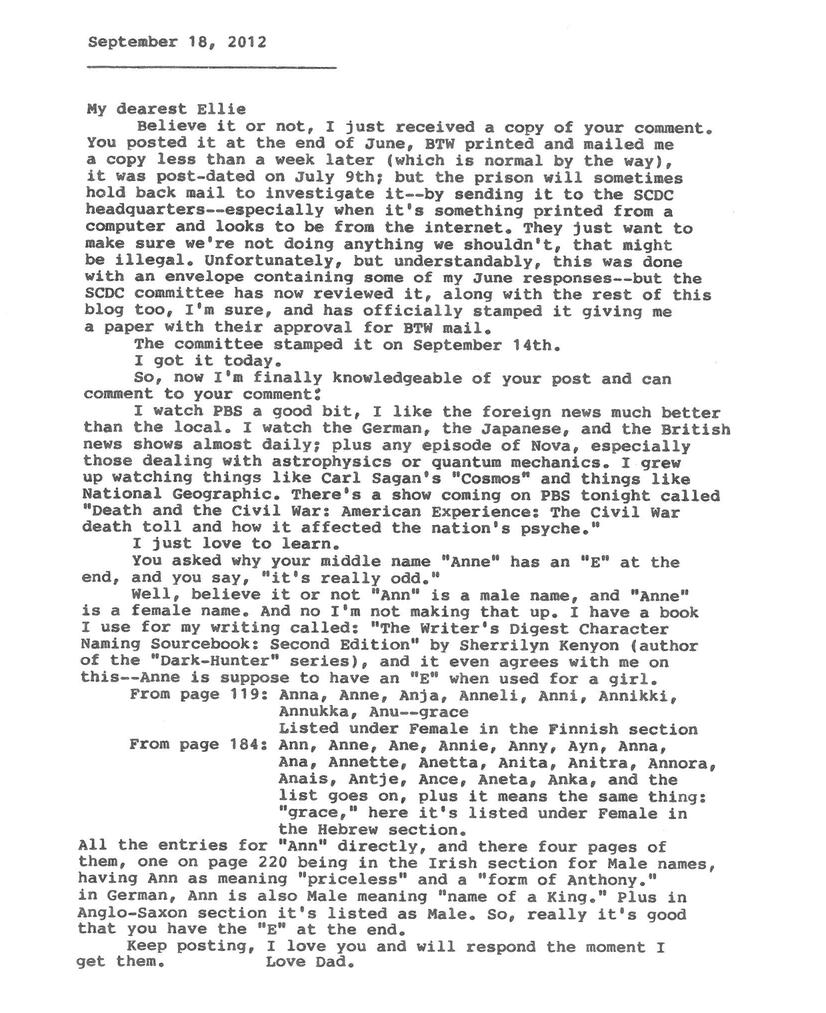