A Social Nature: What it is to be Human 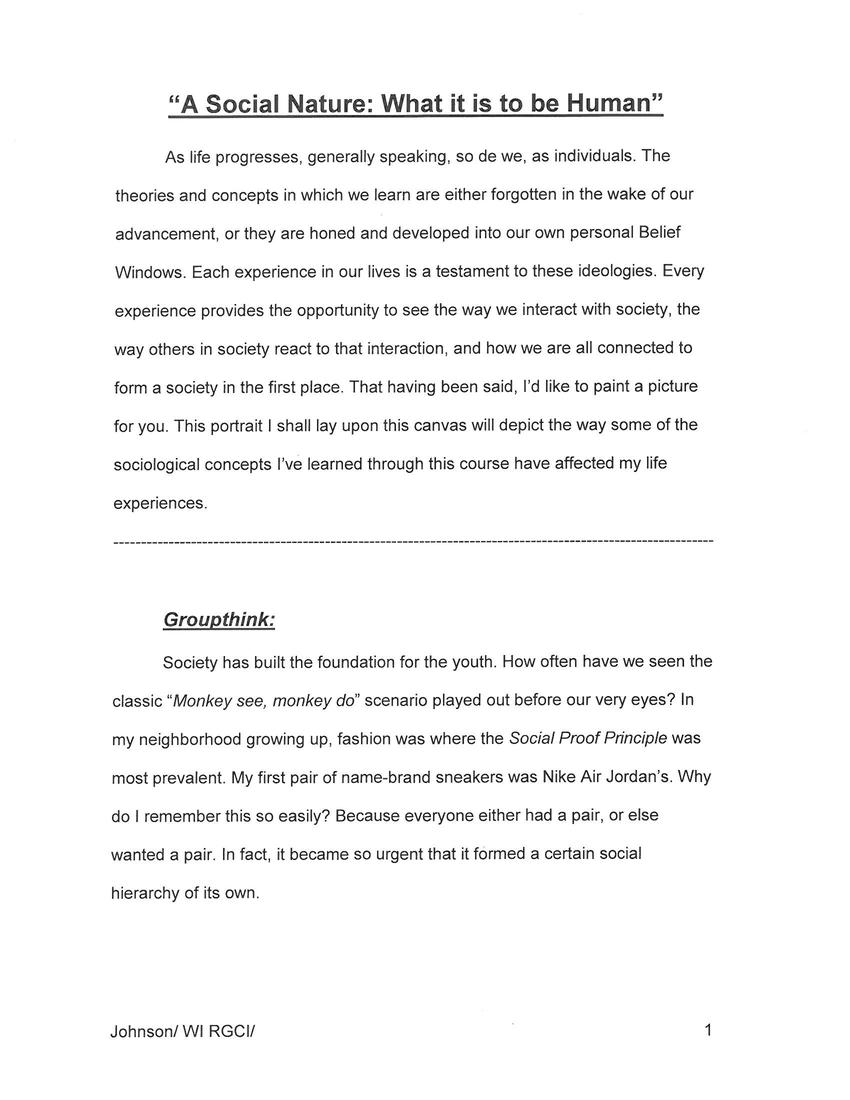 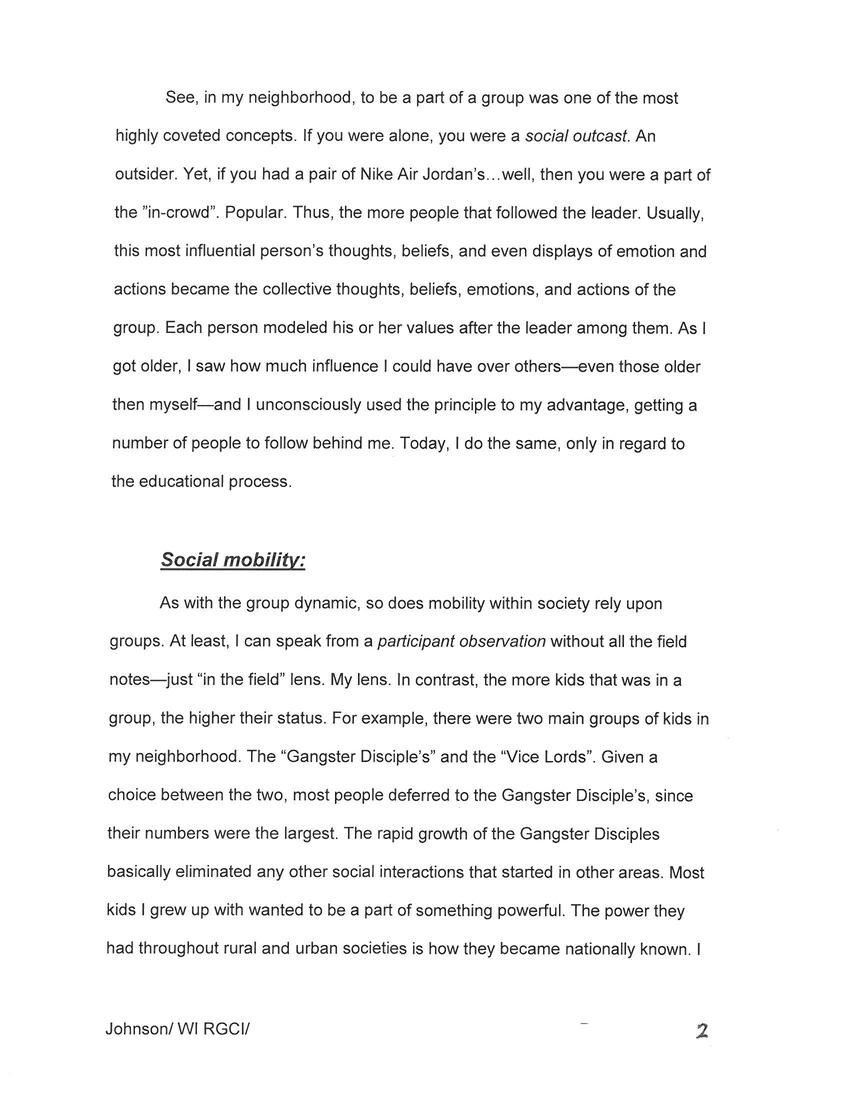 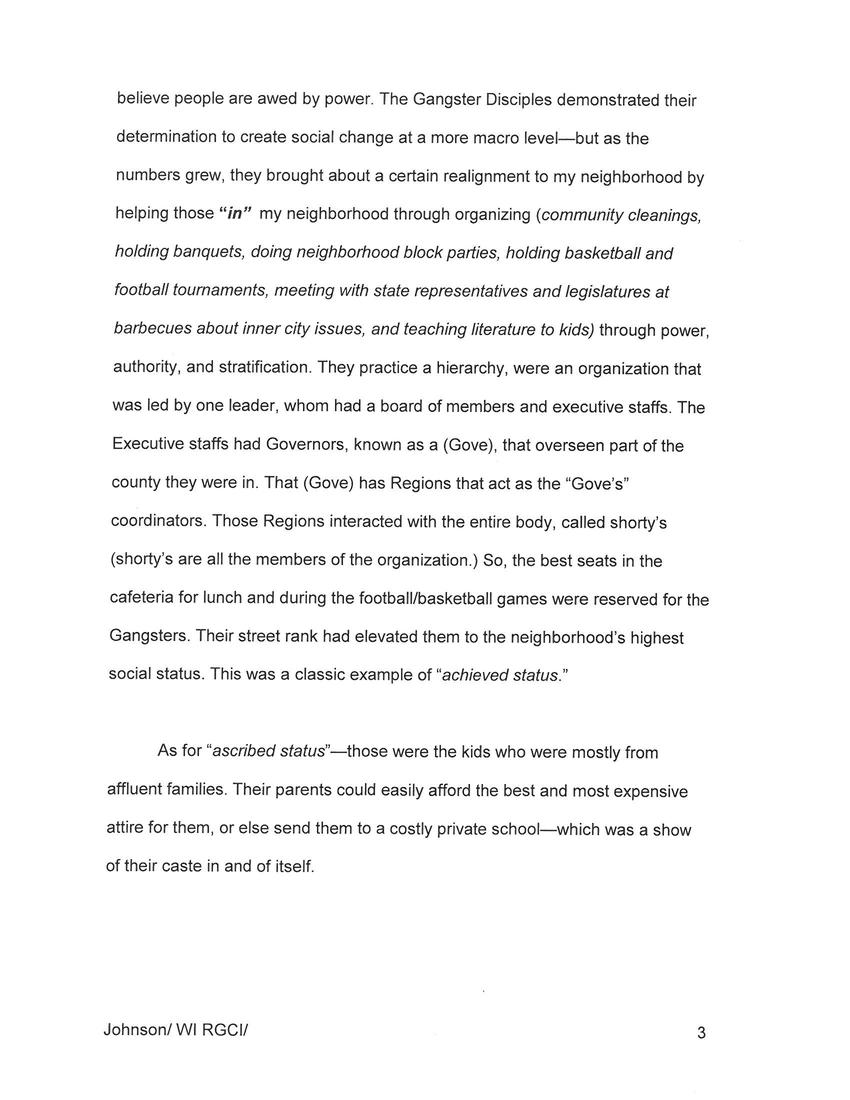 "A Social Nature: What is it to be Human"

As life progresses, generally speaking, so do we as individuals. The theories and concepts in which we learn are either forgotten in the wake of our advancement or they are honed and developed into our own personal Belief Windows. Each experience in our lives is a testament to these ideologies. Every experience provides the opportunity to see the way we interact with society, the way others in society react to that interaction, and how we are all connected to form a society in the first place.

That having been said, I'd like to pain a picture for you. This portrait I shall lay upon this canvas will depict the way some of the sociological concepts I've learned through this course have affected my life experiences.

Groupthink:
Society has built the foundation for the youth. How often have we seen the classic "Monkey see, monkey do" scenario played out before our very eyes? In my neighborhood growing up, fashion was where the Social Proof Principle was most prevalent. My first pair of name-brand sneakers was Nike Air Jordan's. Why do I remember this so easily? Because everyone either had a pair or else wanted a pair. In fact, it became so urgent that it formed a certain social hierarchy of its own.

See, in my neighborhood, to be a part of a group was once of the most highly coveted concepts. If you were alone, you were a social outcast. An outsider. Yet, if you had a pair of Nike Air Jordan's, well, then you were a part of the "in-crowd". Popular. Thus, more people followed the leader. Usually, the most influential person's thoughts, beliefs, and even displays of emotion and actions became the collective thoughts, beliefs, emotions, and actions of the group. Each person modeled his or her values after the leader among them.

As I got older, I saw how much influence I could have other others—even those older than myself—and I unconsciously used the principle to my advantage, getting a number of people to follow behind me. Today, I do the same, only in regard to the educational process.

Social mobility:
As with the group dynamic, so does mobility within society rely upon groups. At least, I can speak from a participant observation without all the field notes—just "in the Field" lens. My lens. In contrast, the more kids that was in a group, the higher their status.

For example, there were two main groups of kids in my neighborhood: the Gangster Disciples and the Vice Lords. Given a choice between the two, most people deferred to the Gang Disciples since their numbers were the largest. The rapid growth of the Gangster Disciples basically eliminated any other social interactions that started in other areas. Most kids I grew up with wanted to be a part of something powerful. The power they had throughout rural and urban societies is how they became nationally known. I believe people are awed by power.

The Gangster Disciples demonstrated their determination to create social change at a more macro level—but as the numbers grew, they brought about a certain realignment to my neighborhood by helping those "in" my neighborhood through organizing (community cleanings, holding banquets, doing neighborhood block parties, holding basketball and football tournaments, meeting with state representatives and legislatures at barbecues about inner city issues, and teaching literature to kids) through power, authority, and stratification.

They practiced a hierarchy and were an organization led by one leader who had a board of members and executive staff. The executive staff had governors, known as a Gove who oversaw part of the country they were in. That Gove had Regions that acted as the Gove's coordinators. Those Regions interacted with the entire body called Shorty's (Shorty's are all the members of the organization). So the best seats in the cafeteria for lunch and during the football/basketball games were reserved for the Gangsters. Their street rank had elevated them to the neighborhood's highest social status. This was a classic example of "achieved status".

As for "ascribed status"—there were kids who were mostly from affluent families. Their parents could easily afford the best and most expensive attire for them, or else send them to a costly private school. Which was a show of their caste in of itself.

You always told me that you was going to write a book, and here it is. So proud to see that you followed your dream. I always think about you. Hope to see you soon! Much love Miss Jaji!
(scanned reply – view as blog post)
uploaded June 26, 2014.  Original (PDF) 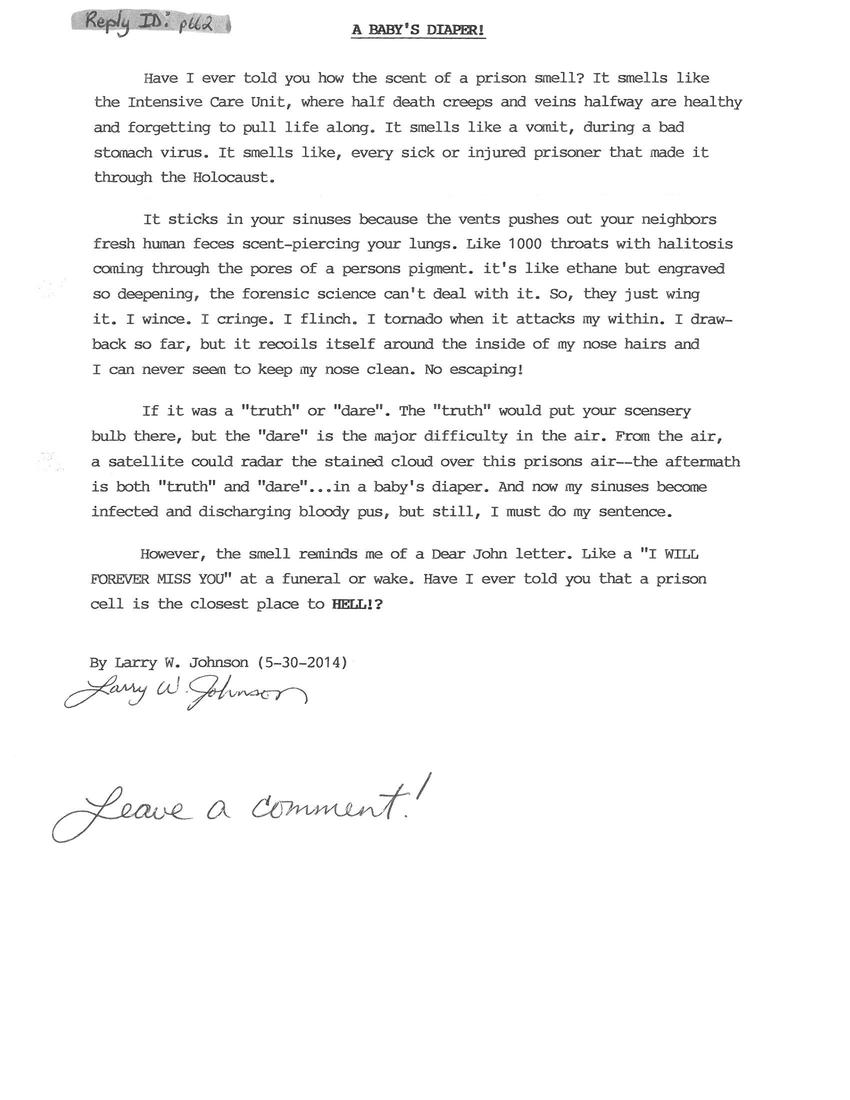 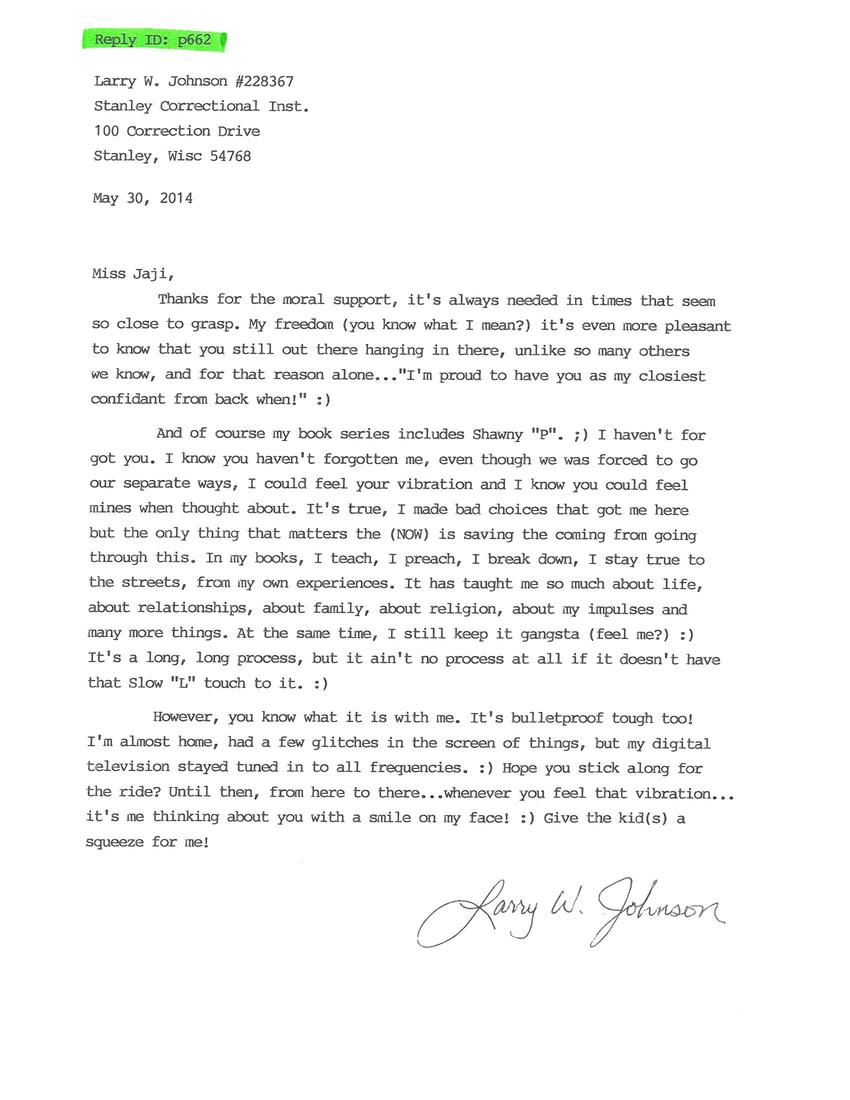