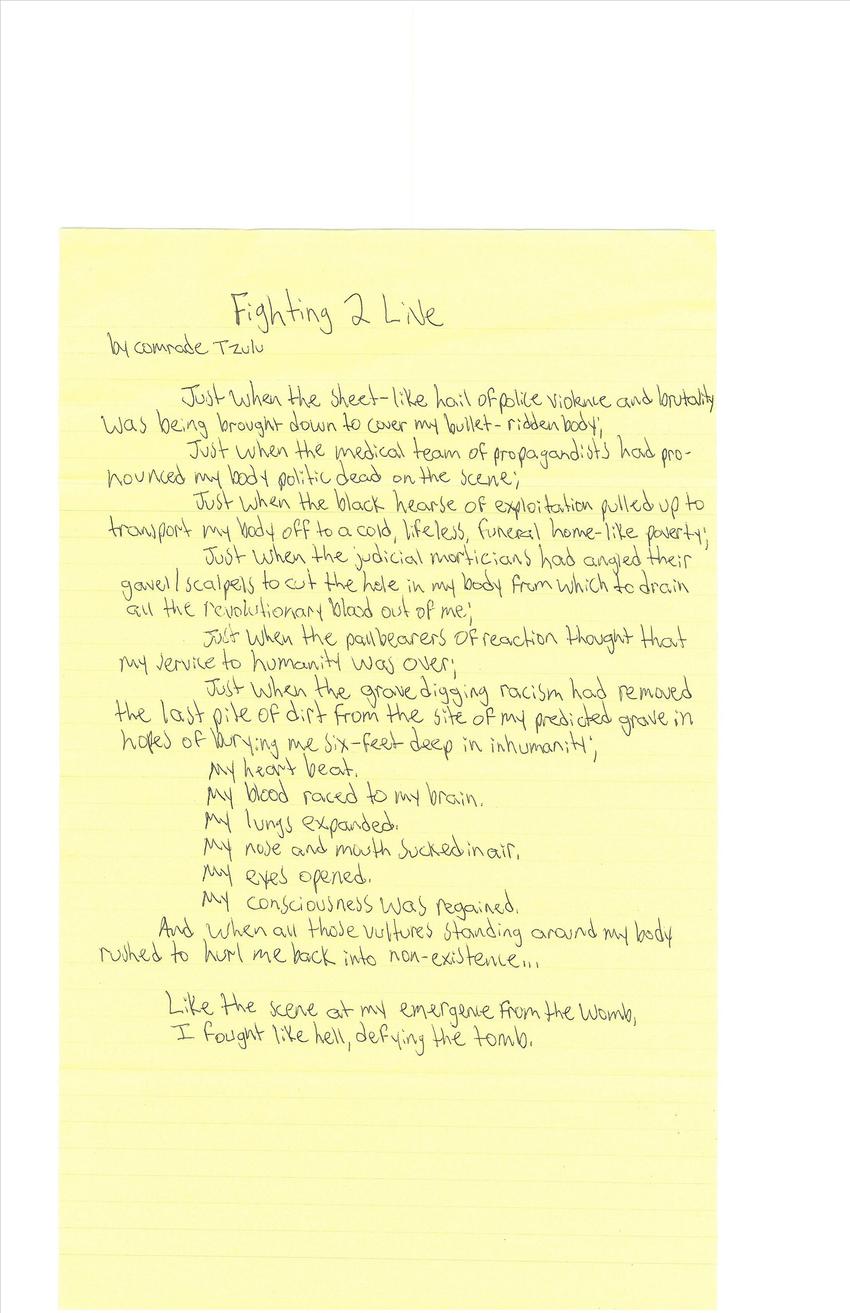 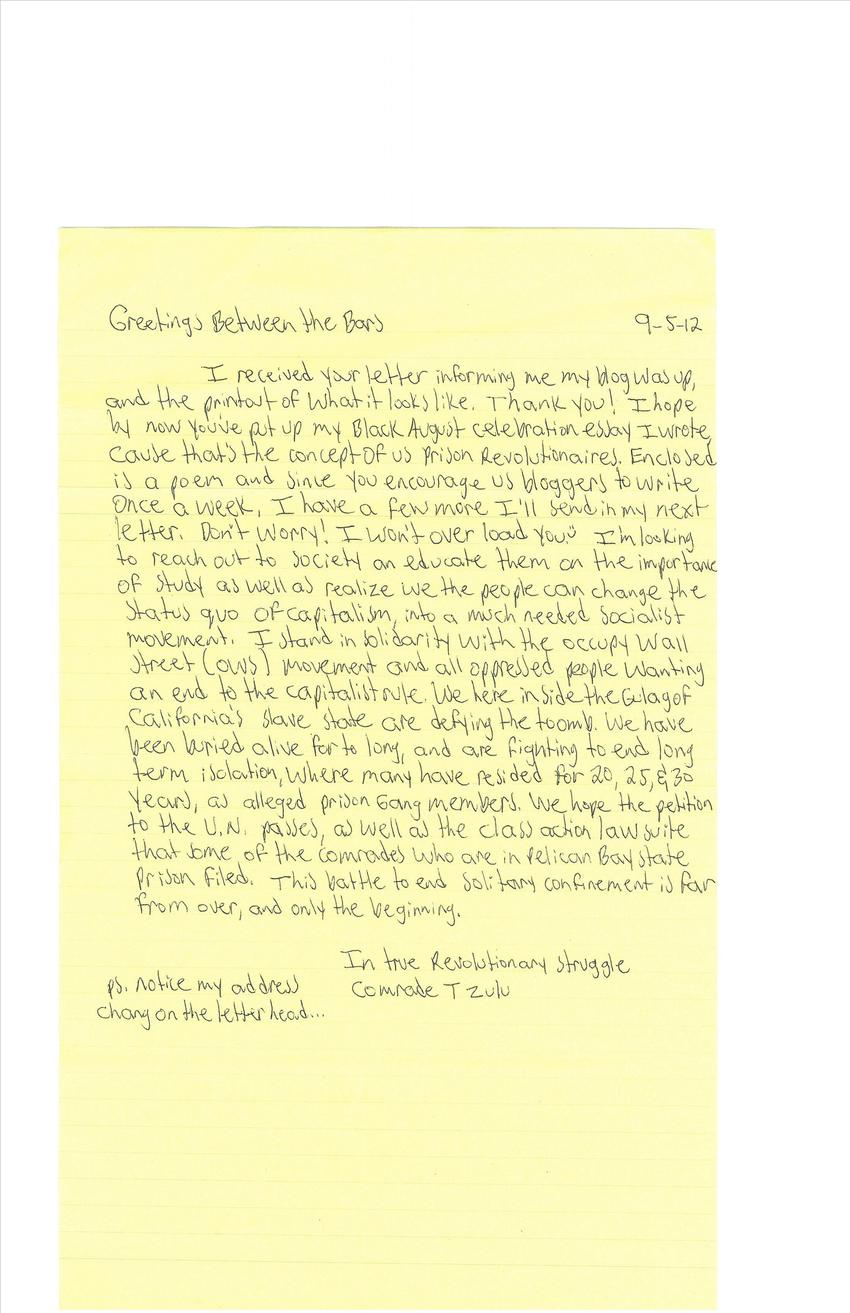 Just when the sheet-like hail of police violence and brutality was being brought down to cover my bullet-ridden body;
Just when the medical team of propagandists had pronounced my body politic dead on the scene;
Just when the black hearse of exploitation pulled up to transport my body off to a cold, lifeless, funeral home-like poverty;
Just when the judicial morticians had angled their gavel/scalpels to cut the hole in my body from which to drain all the revolutionary blood out of me;
Just when the pallbearers of reaction thought that my service to humanity was over;
Just when the gravedigging racism had removed the last pile of dirt from the site of my predicted grave in hopes of burying me six-feet-deep in inhumanity;
My heart beat.
My blood raced to my brain.
My lungs expanded.
My nose and mouth sucked in air.
My eyes opened.
My consciousness was regained.
And when all those vultures standing around my body rushed to hurl me back into non-existence...

Greetings Between the Bars

I received your letter informing me my blog was up, and the printout of what it looks like. Thank you! I hope by now you've put up my Black August celebration essay I wrote, 'cause that's the concept of us prison revolutionaries. Enclosed is a poem and since you encourage us bloggers to write once a week, I have a few more I'll send in my next letter. Don't worry! I won't overload you. :) I'm looking to reach out to society and educate them on the importance of study as well as realize we the people can change the status quo of capitalism, into a much needed socialist movement. I stand in solidarity with the Occupy Wall Street (OWS) movement and all oppressed people wanting an end to the capitalist rule. We here inside the gulag of California's slave state are defying the tomb. We have been buried alive for too long, and are fighting to end long term isolation, where many have resided for 20, 25, & 30 years, as alleged prison gang members. We hope the petition to the U.N. passes, as well as the class action law suit that some of the comrades who are in Pelican Bay State Prison filed. This battle to end solitary confinement is far from over, and only the beginning.

PS: Notice my address change on the letterhead...