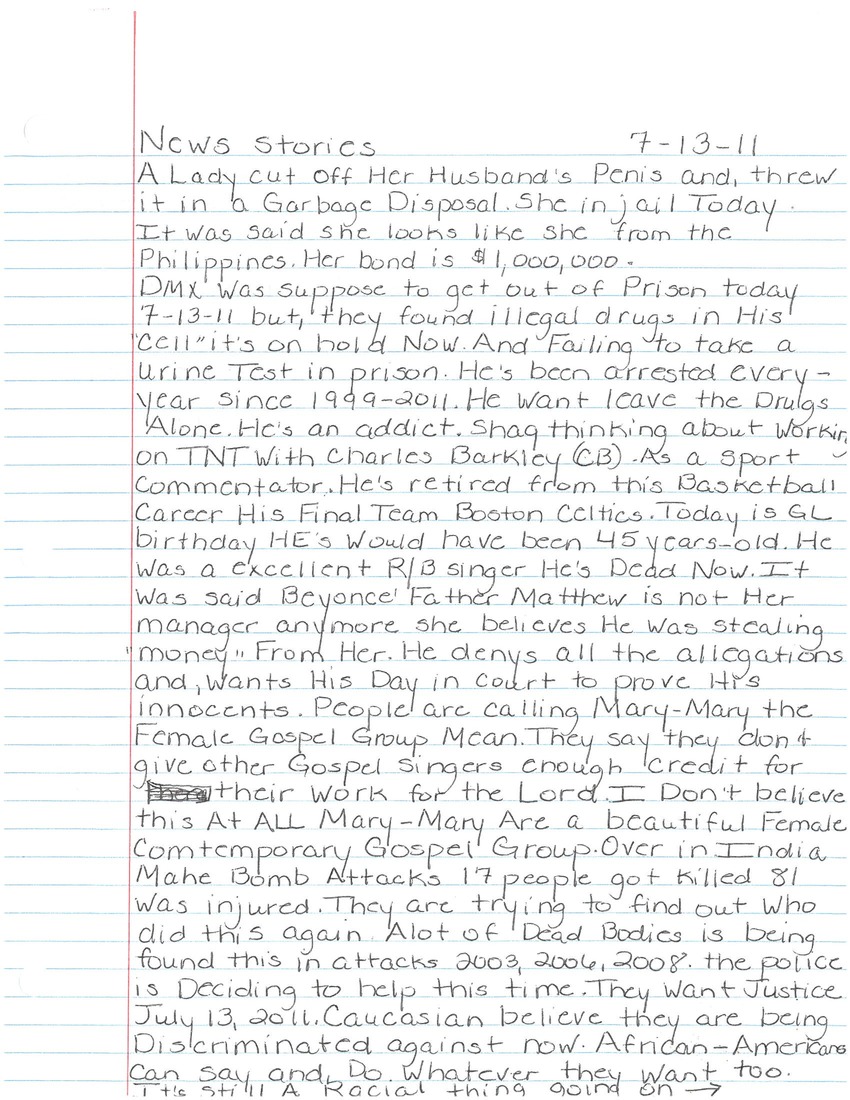 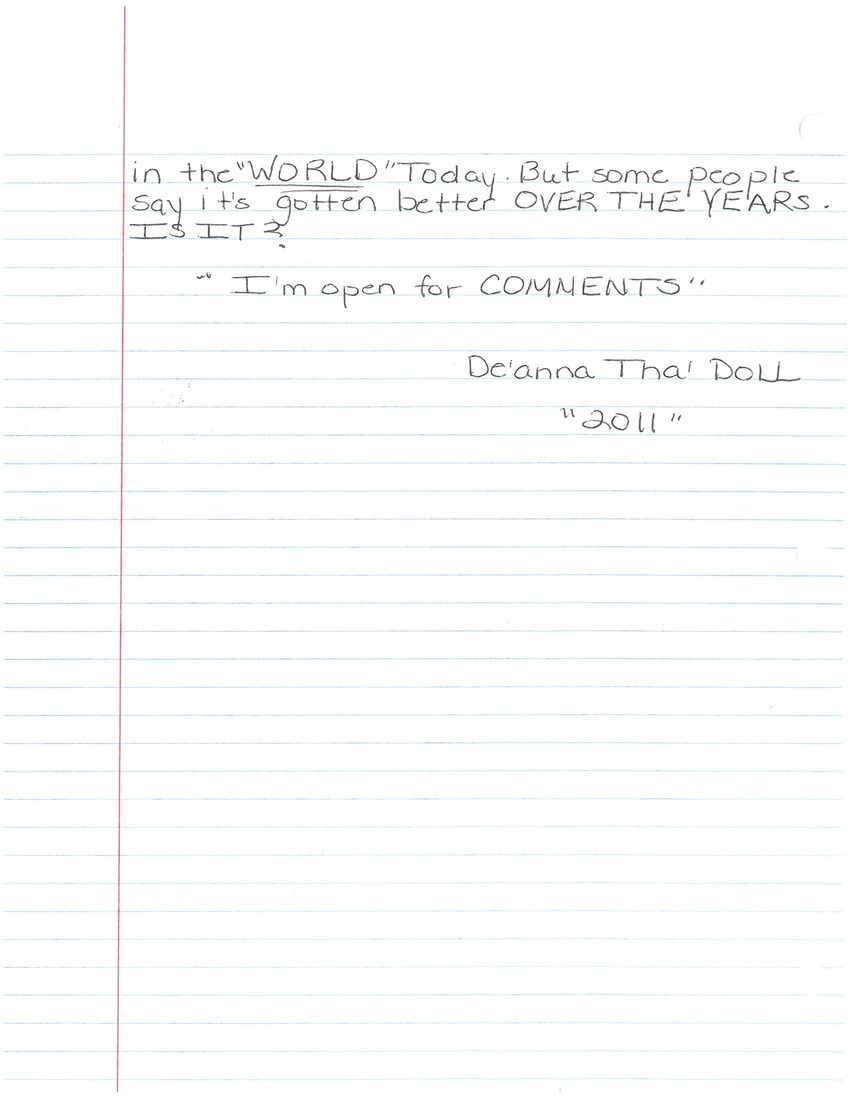 A lady cut off her husband's penis and threw it in a garbage disposal. She is in jail today. It was said that she looks like she is from the Philippines. Her bond is $1,000,000.

DMX was supposed to get out of prison today (7-13-11), but they found illegal drugs in his cell and he failed to take a urine test. It's on hold for now. He's been arrested every year since 1999-2011. He won't leave the drugs alone. He's an addict.

Shaq is thinking about working on TNT with Charles Barkley (CB) as a sports commentator. He's retired from his basketball career. His final team was the Boston Celtics.

Today is GL's birthday. He would have been 45 years old. He was an excellent R&B singer. He's dead now.

It was said Beyonce's father, Matthew, is not her manager anymore. She believes he was stealing money from her. He denies all the allegations and wants his day in court to prove his innocence.

People are calling Mary-Mary, the female gospel group, mean. They say they don't give other gospel singers enough credit for their work for the Lord. I don't believe this at all. Mary-Mary are a beautiful female contemporary gospel group.

Over in India, Mahe bomb attacks. 17 people got killed, 81 were injured. They are trying to find out who did this again. A lot of dead bodies are being found in these attacks in 2003, 2006, 2008. The police are deciding to help this time. They want justice.

July 13, 2011: Caucasians believe that they are bing discriminated against. African-Americans can say and do whatever they want too. It's still a racial thing going on in the world today. But some people say it's gotten better over the years. Has it?