Praise To The Divine... 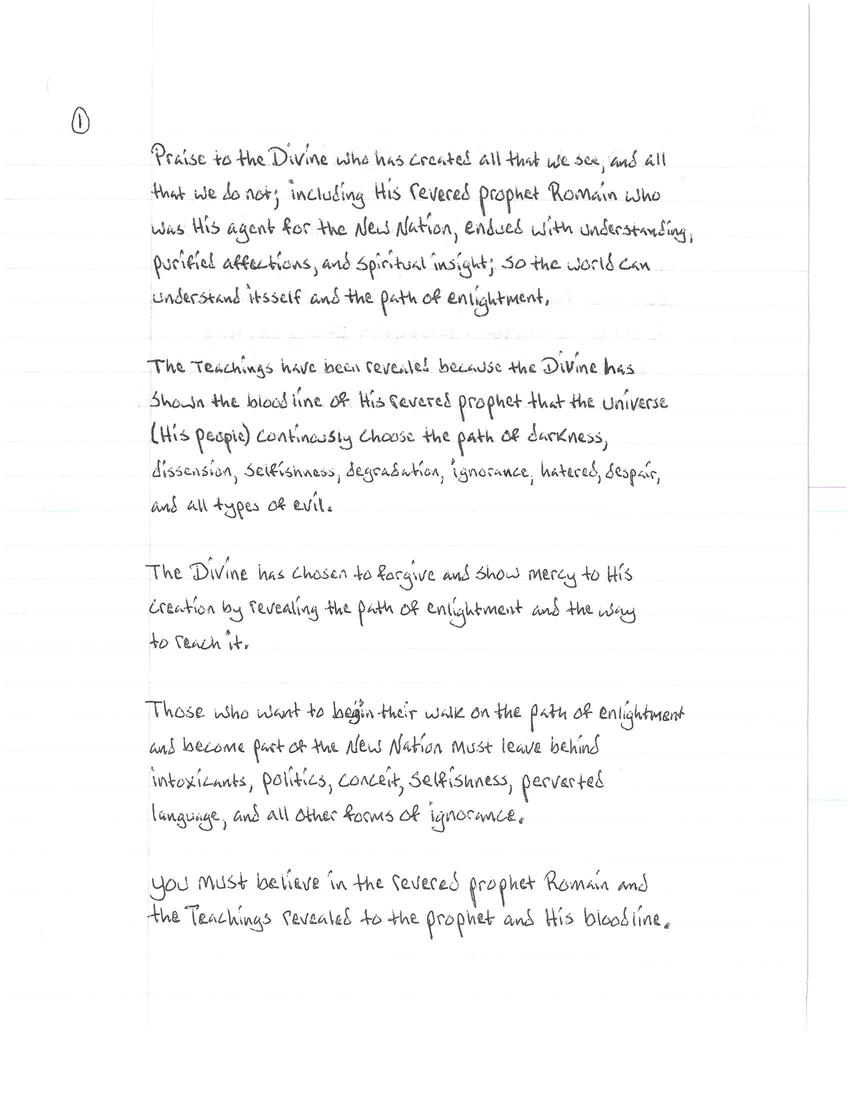 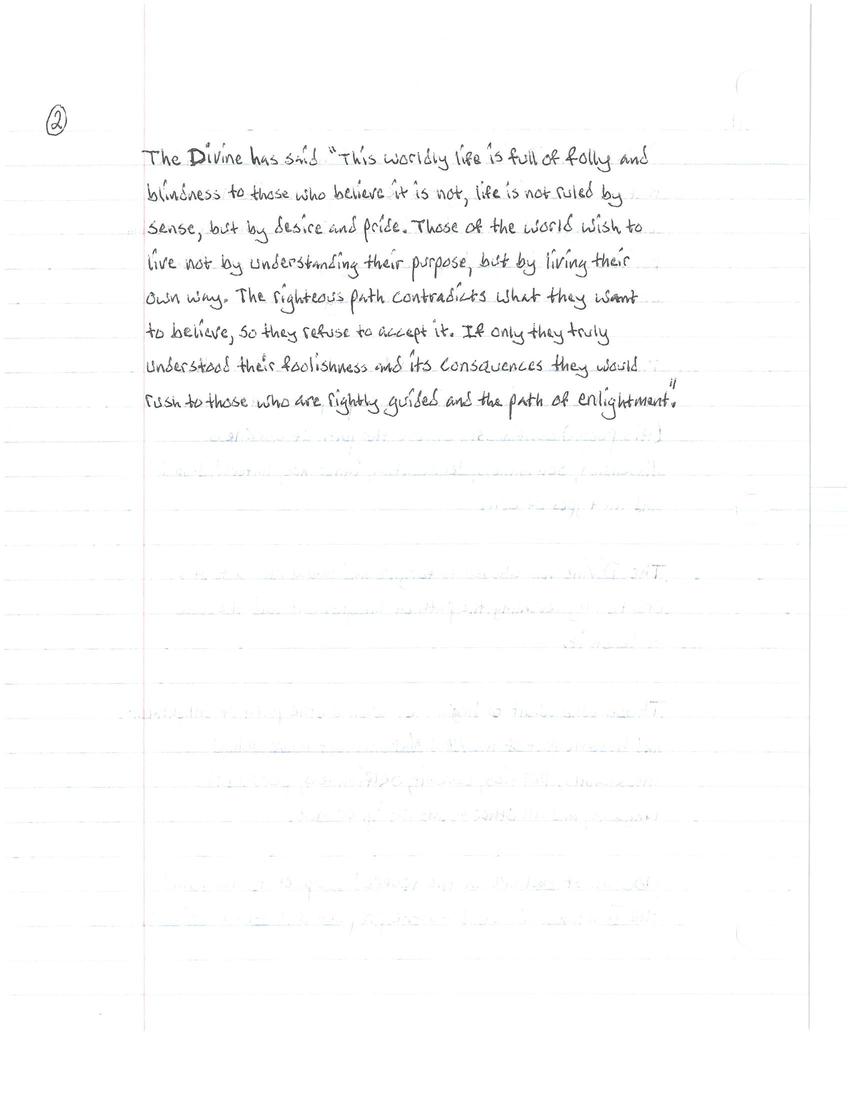 1. Praise to the Divine who has created all that we see and all that we do not including His revered prophet Romain who was His agent fro the New Nation, endued with understanding, purified affections and spiritual insight so the world can understand itself and the path of enlightenment.

The teachings have been revealed because the Divine has shown the bloodline of his revered prophet that the universe (His people) continuously chooses the path of darkness, dissension, selfishness, degradation, ignorance, hatred, despair and all types of evil.

The Divine has chosen to forgive and show mercy to His creation by revealing the path of enlightenment and the way to reach it.

Those who want to begin their walk on the path of enlightenment and become part of the New Nation must eave behind intoxicants, politics, conceit, selfishness, perverted language, and all other forms of ignorance.

You must believe in the revered prophet Romain and the Teachings revealed to the prophet and His bloodline.

2. The Divine has said "This worldly life is full of folly and blindness to those who believe it is not; life is not ruled by sense but by desire and pride". Those of the world wish to live not by understanding their purpose but by living their own way. The righteous path contradicts what they want to believe so they refuse to accept it. If only they truly understood their foolishness and its consequences they would rush to those who are rightly guided and the path of enlightenment.