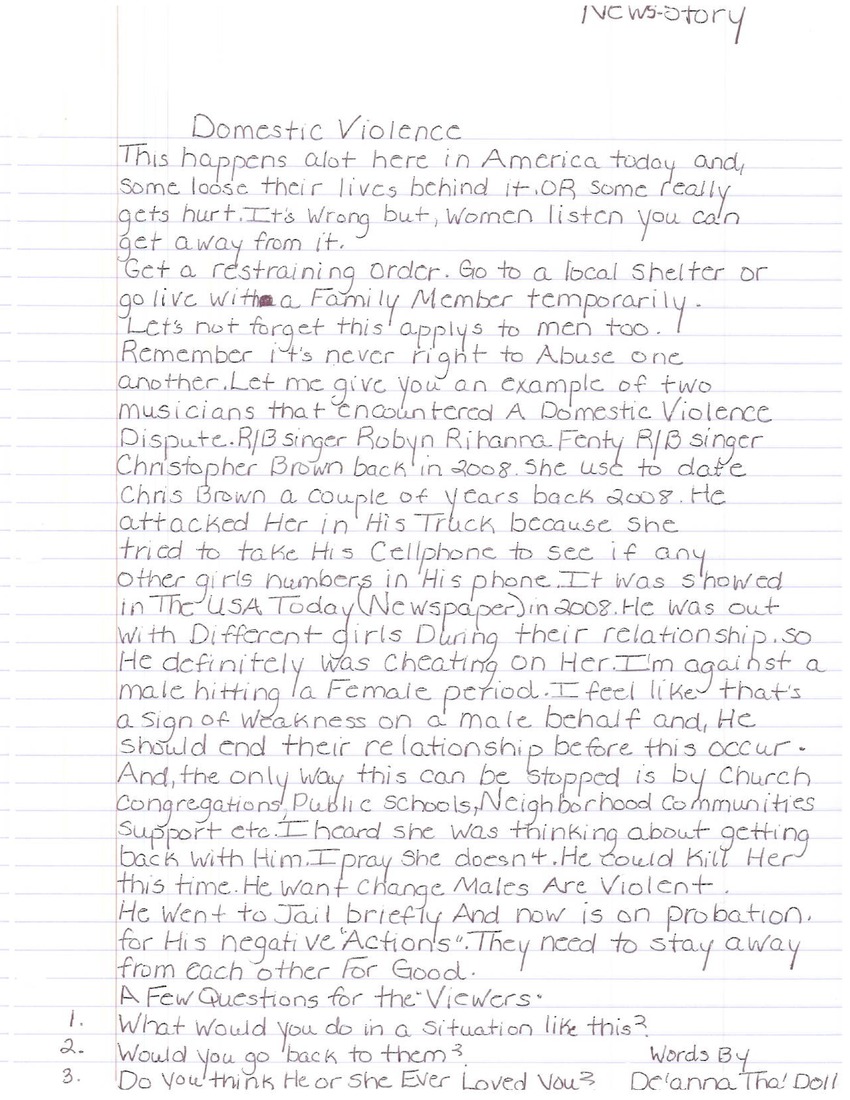 This happens a lot here in America today, and some lose their lives behind it or really get hurt. It's wrong but, women, listen: you can get away from it. Get a restraining order. Go to a local shelter or go live with a family member temporarily. Let's not forget that this applies to men too. Remember, it's never right abuse one another.

Let me give an example of two musicians who had a domestic violence dispute: R&B singer Robyn Rihanna and Fenty R*B singer Christopher Brown. Back in 2008, she used to date Chris Brown. He attacked her in his truck because she tried to take his cellphone to see if any other girls' numbers were on it. It was showed in USA Today (newspaper) in 2008. He was out with different girls during their relationship. So he definitely was cheating on her. I heard she was thinking about getting back with him. I pray she doesn't. He could kill her this time. He won't change. Males are violent. He went to jail briefly and is now on probation for his negative "actions." They need to stay away from each other, for good.

I'm against a male hitting a female, period. I feel like that's a sign of weakness on the male side, and he should have ended their relationship before this occurred. And the only way this can be stopped is by church congregations, public schools, neighborhood committees, support, etc.

A few questions for viewers:

1. What would you do in a situation like this?
2. Would you go back to them?
3. Do you think he or she ever loved you?