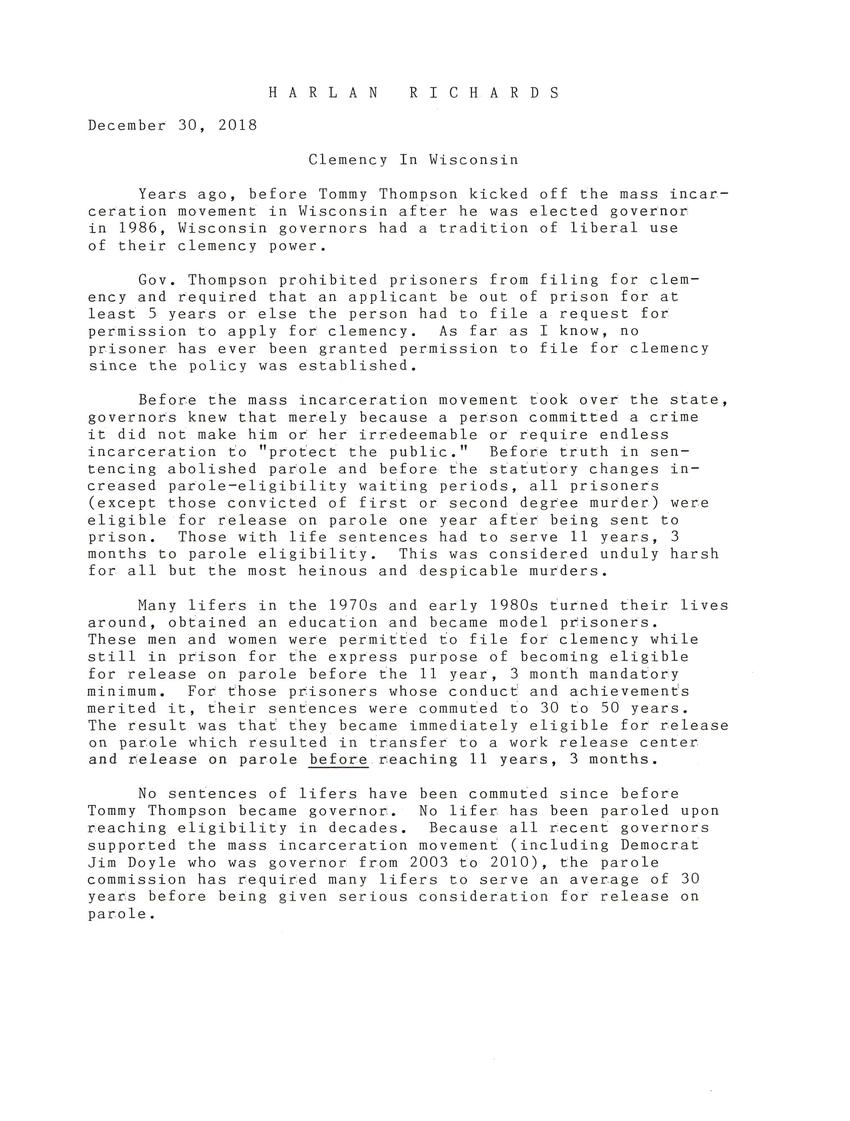 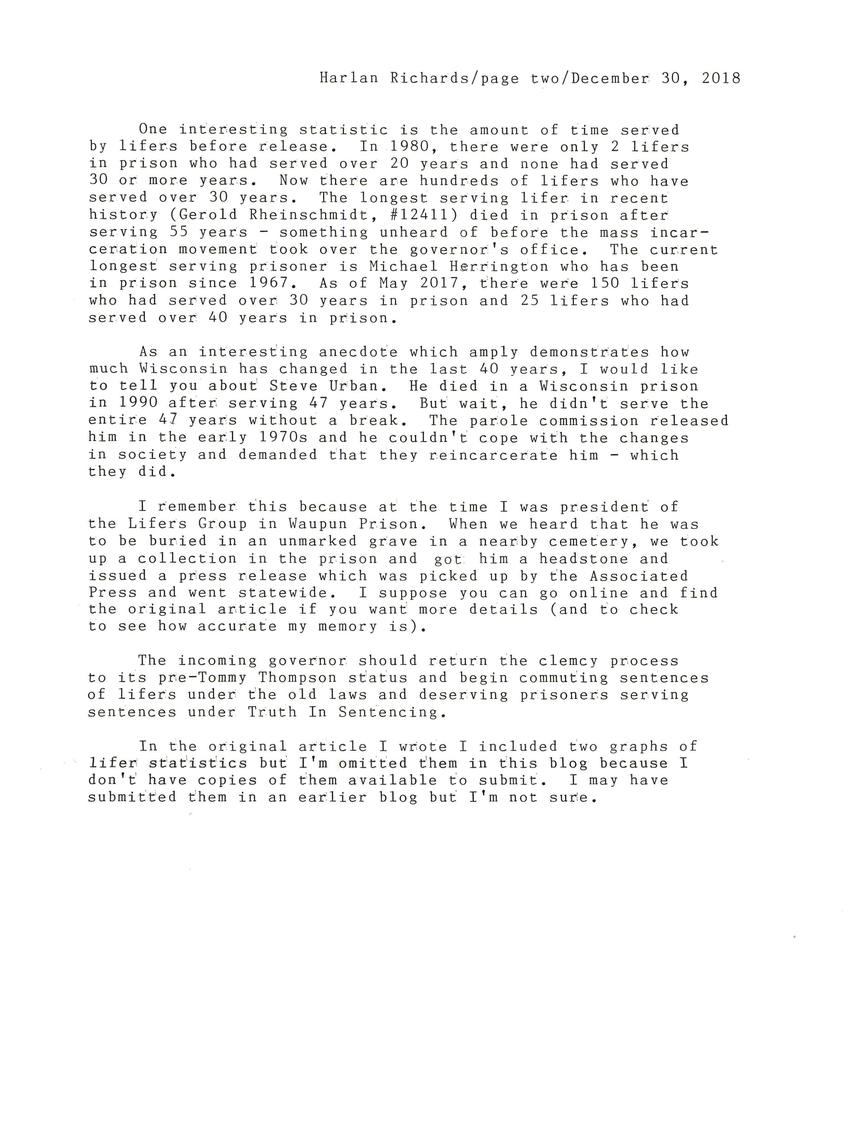 Years ago, before Tommy Thompson kicked off the mass incarceration movement in Wisconsin after he was elected governor in 1986, Wisconsin governors had a tradition of liberal use of their clemency power.

Gov. Thompson prohibited prisoners from filing for clemency and required that an applicant be out of prison for at least 5 years or else the person had to file a request for permission to apply for clemency. As far as I know, no prisoner has ever been granted permission to file for clemency since the policy was established.

Before the mass incarceration movement took over the state, governors knew that merely because a person committed a crime, it did not make him or her irredeemable or require endless incarceration to "protect the public". Before truth in sentencing abolished parole and before the statutory changes increased parole-eligibility waiting periods, all prisoners (except those convicted of first or second degree murder) were eligible for release on parole one year after being sent to prison. Those with life sentences had to serve 11 years, 3 months to parole eligibility. This was considered unduly harsh for all, but the most heinous and despicable murders.

Many lifers in the 1970s and early 1980s turned their lives around, obtained an education, and became model prisoners. These men and women were permitted to file for clemency while still in prison for the express purpose of becoming eligible for release on parole before the 11 year, 3 month mandatory minimum. For those prisoners whose conduct and achievements merited it, their sentences were commuted to 30 to 50 years. The result was that they became immediately eligible for release on parole which resulted in transfer to a work release center and release on parole before reaching 11 years, 3 months.

No sentences of lifers have been commuted since before Tommy Thompson became governor. No lifer has been paroled upon reaching eligibility in decades. Because all recent governors supported the mass incarceration movement (including Democrat Jim Doyle who was governor from 2003 to 2010), the parole commission has required many lifers to serve an average of 30 years before being given serious consideration for release on parole.

As an interesting anecdote which amply demonstrates how much Wisconsin has changed in the last 40 years, I would like to tell you about Steve Urban. He died in a Wisconsin prison in 1990 after serving 47 years. But wait, he didn't serve the entire 47 years without a break. The parole commission released him in the early 1970s and he couldn't cope with the changes in society and demanded that they reincarnate him—which they did.

I remember this because at the time I was president of the Lifers Group in Waupun Prison. When we heard that he was to be buried in an unmarked grave in a nearby cemetery, we took up a collection in the prison and got him a headstone and issued a press release which was picked up by the Associated Press and went statewide. I suppose you can go online and find the original article if you want more details (and to check to see how accurate my memory is).

The incoming governor should return the clemency process of its pre-Tommy Thompson status and begin commuting sentences of lifers under the old laws and deserving prisoners serving sentences under Truth In Sentencing.

In the original article I wrote I included two graphs of lifer statistics, but I'm omitted them in this blog because I don't have copies of them available to submit. I may have submitted them in an earlier blog but I'm not sure.

Are you currently incarcerated now?