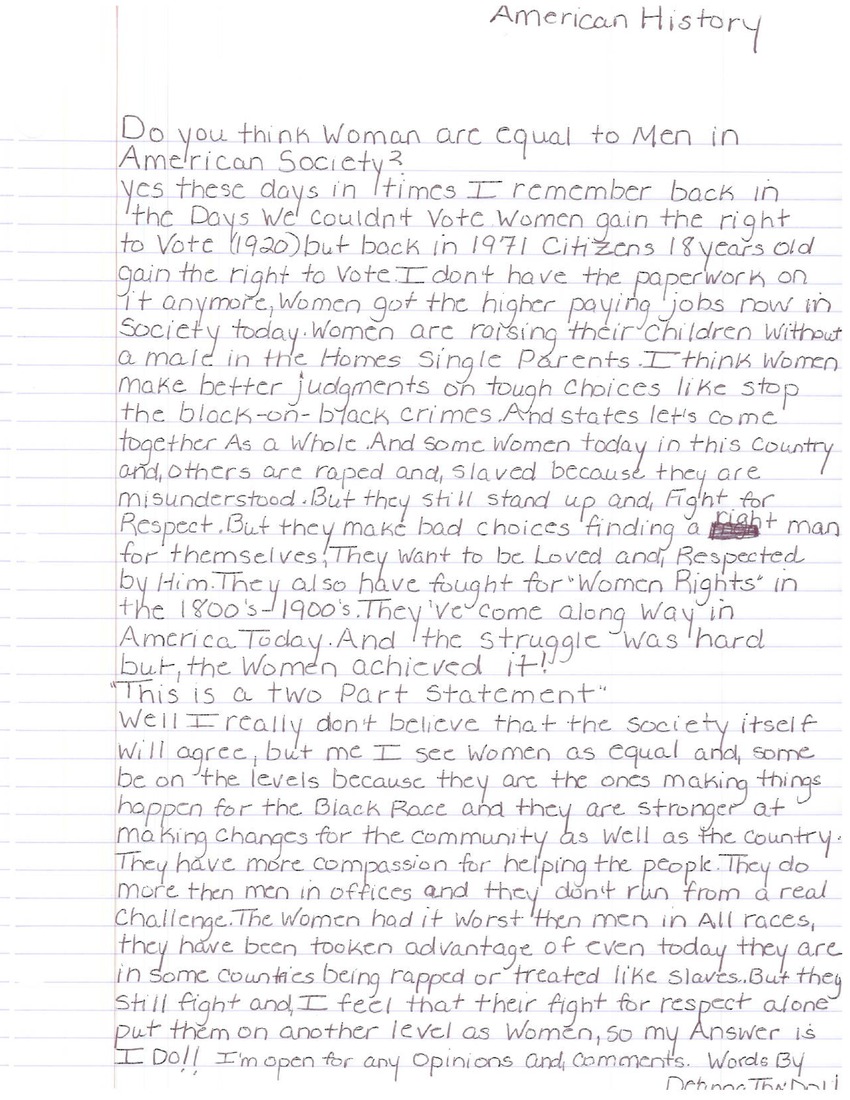 Do you think women are equal to men in American society?

Yes, these days, at times.

I remember back in the day. We couldn't vote. Women gained the right to vote in 1920, but back in 1971, 18-year-old citizens gained the right to vote. I don't have the paperwork on it anymore. Women got the higher paying jobs now. Women are raising their children without a man in the homes. Single parents. I think women make better judgments on tough choices like stop the black-on-black crimes. And states, let's come together as a whole.

And some women today in this country and others are raped and enslaved because they are misunderstood. But they still stand up and fight for respect. But they make bad choices finding a right man for themselves. They want to be loved and respected by him.

They also fought for women's rights in the 1800's and 1900's. They've come a long way in America and the struggle was hard, but the women achieved it!

This is a two-part statement.

Well, I really don't believe that society will agree, but me, I see women as equal and some be on the levels because they are the ones making things happen for the black race. They are stronger at making changes for the community as well as the country. They have more compassion for helping the people. They do more than men in offices, and they don't run from a real challenge.

The women had it worst than men in all races. They have been taken advantage of—even today, they are being raped or treated like slaves in some countries. But they still fight, and I feel that their fight for respect alone puts them on another level as women. So my answer is I do!

I'm open to any opinions and comments.