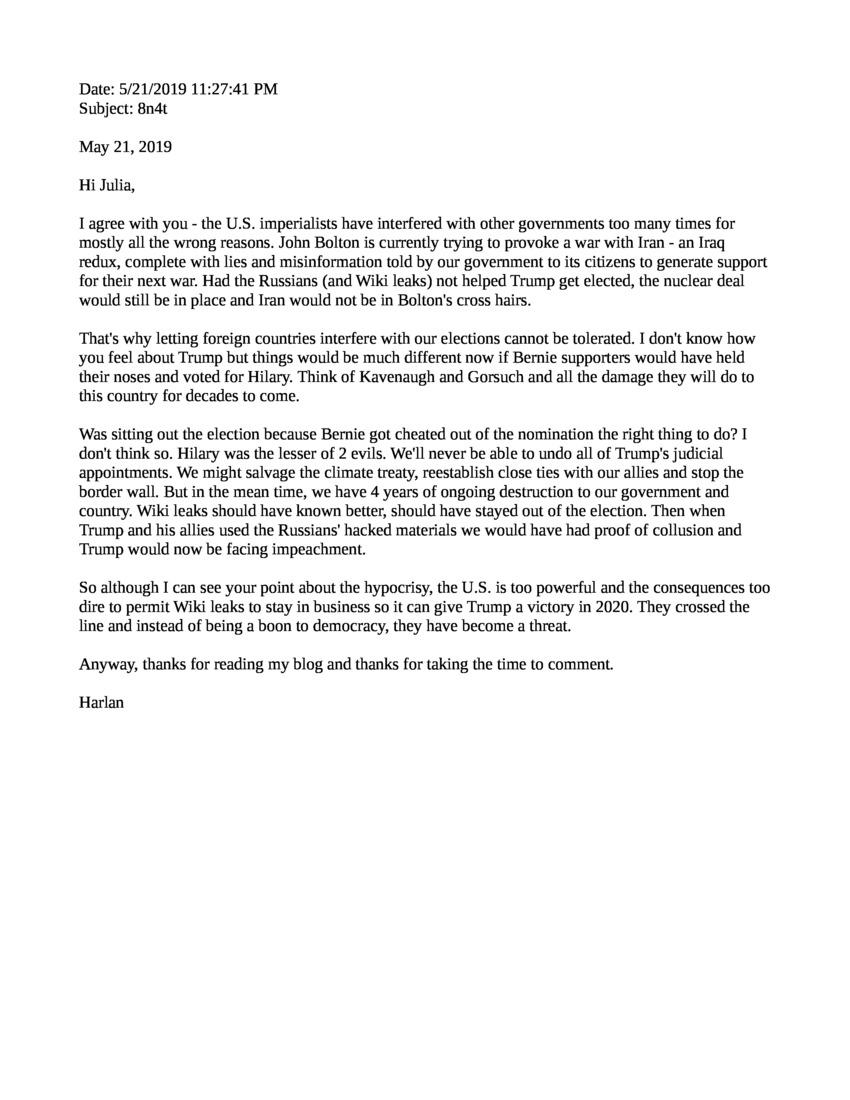 I agree with you - the U.S. imperialists have interfered with other governments too many times for mostly all the wrong reasons. John Bolton is currently trying to provoke a war with Iran - an Iraq redux, complete with lies and misinformation told by our government to its citizens to generate support for their next war. Had the Russians (and Wikileaks) not helped Trump get elected, the nuclear deal would still be in place and Iran would not be in Bolton's cross hairs.

That's why letting foreign countries interfere with our elections cannot be tolerated. I don't know how you feel about Trump but things would be much different now if Bernie supporters would have held their noses and voted for Hillary. Think of Kavanaugh and Gorsuch and all the damage they will do to this country for decades to come.

Was sitting out the election because Bernie got cheated out of the nomination the right thing to do? I don't think so. Hillary was the lesser of two evils. We'll never be able to undo all of Trump's judicial appointments. We might salvage the climate treaty, reestablish close ties with our allies and stop the border wall. But in the meantime, we have four years of ongoing destruction to our government and the country. Wikileaks should have known better, should have stayed out of the election. Then when Trump and his allies used the Russians' hacked materials we would have had proof of collusion and Trump would now be facing impeachment.

So although I can see your point about the hypocrisy, the U.S. is too powerful and the consequences too dire to permit Wikileaks to stay in business so it can give Trump a victory in 2020. They crossed the line and instead of being a boon to democracy, they have become a threat.

Anyway, thanks for reading my blog and thanks for taking the time to comment.