Can Anybody Please Tell Me Where Our America Is Headed With It's So Called War On Drugs? 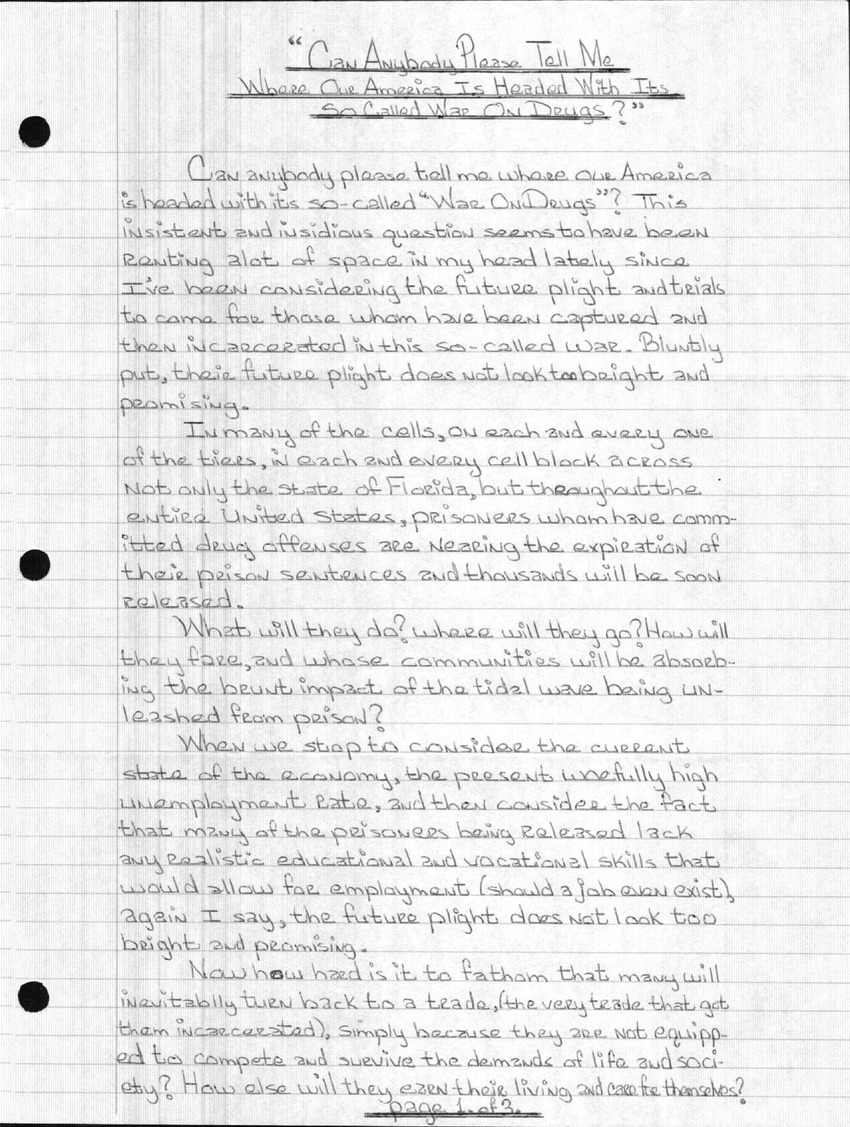 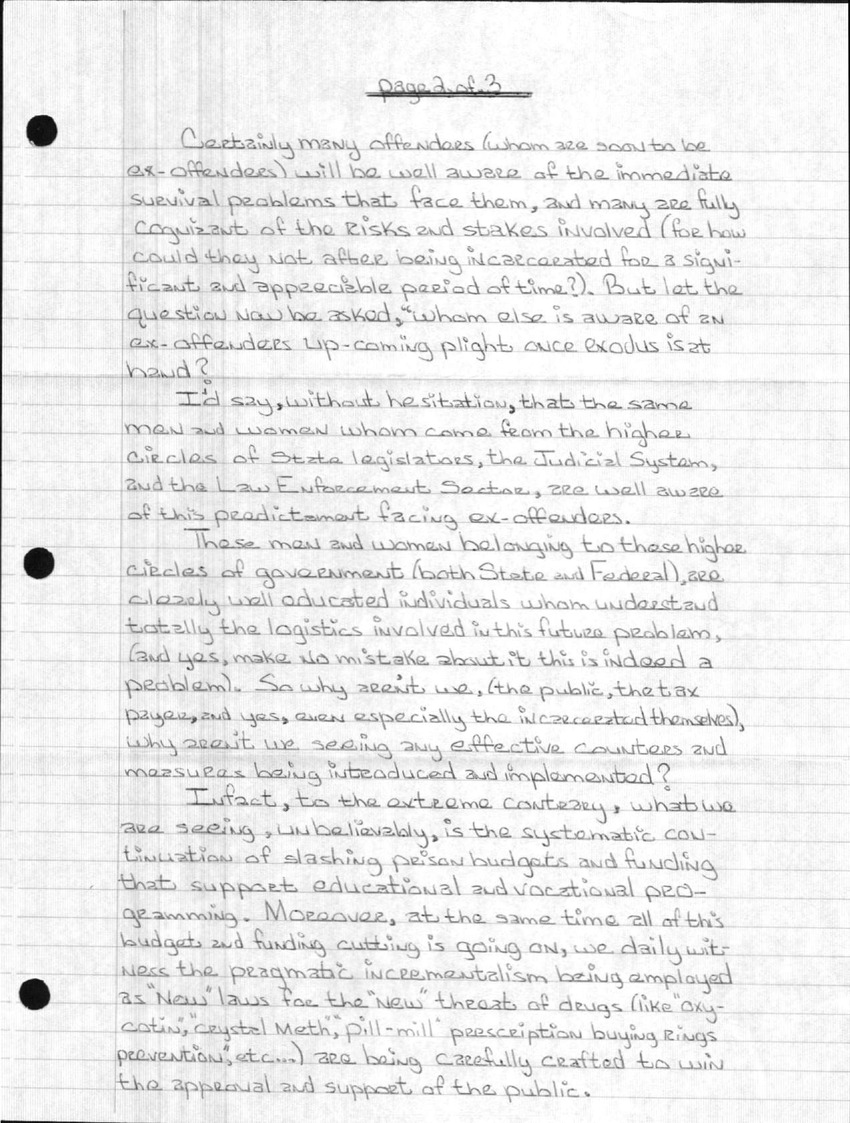 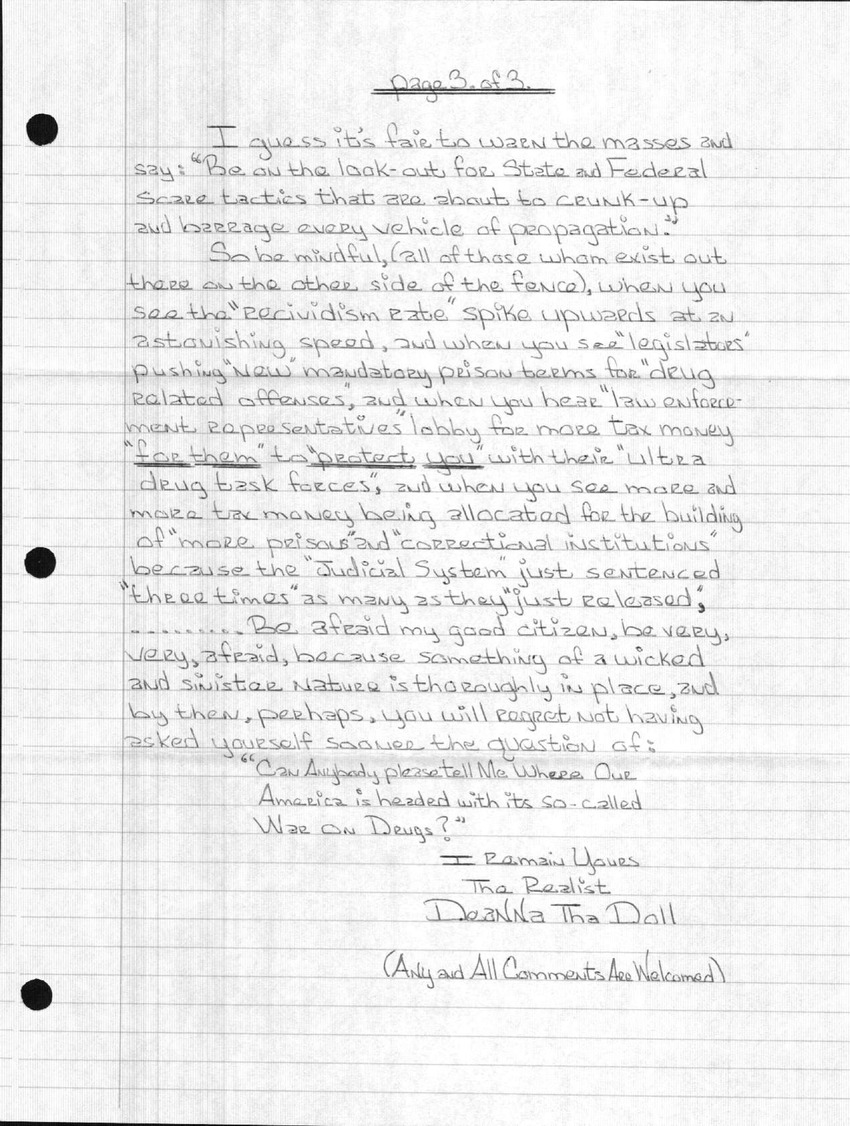 Can Anybody Please Tell Me Where Our America is Headed With Its So-Called War On Drugs?

Can anybody please tell me where our America is headed with its so-called "War on Drugs"? This insistent and insidious questions seems to have been renting a lot of space in my head lately since I've been considering the future plight and trials to come for those whom have been captured and then incarcerated in this so-called war. Bluntly put, their future plight does not look too bright and promising.

In many of the cells, on each and every one of the tiers, in each and every cell block across not only the state of Florida, but throughout the entire United States, prisoners whom have committed drug offense are nearing the expiration of their prison sentences and thousands will be soon released.

What will they do? Where will they go? How will they fare and whose communities will be absorbing the brunt impact of the tidal wave being unleashed from prison?

When we stop to consider the current state of the economy, the present woefully high unemployment rate, and then consider the fact that many of the prisoners being released lack any realistic educational and vocational skills that would allow for employment (should a job even exist), again I say, the future plight does not look too bright and promising.

Now how hard is it to fathom that many will inevitably turn back to a trade (the very trade that got them incarcerated), simply because they are not equipped to compete and survive the demands of life and society? How else will they earn their living and care for themselves?

Certainly, many offenders, whom are soon to be ex-offenders, will be well aware of the immediate survival problems that face them, and may see fully cognizant of the risks and stakes involved (for how could they not after being incarcerated for a significant and appreciable amount of time?). But let the question now be asked, "Whom else is aware of an ex-offender's upcoming plight once exodus is at hand?

I'd say, without hesitation, that the same men and women whom come from the higher circles of state legislators, the judicial system, and the law enforcement sector are well aware of this predicament facing ex-offenders. These men and women (both state and federal) are already well-educated individuals whom understand totally the logistics involved in this future problem. And yes, make no mistake about it, this indeed is a problem. So why aren't we, the public, the taxpayers, and yes, even the incarcerated themselves, seeing any effective counters and measure being introduced and implemented?

In fact, to the extreme contrary, what we are seeing, unbelievably, is the systematic continuation of slashing prison budgets and funding that support education and vocational programing. Moreover, at the same time, all of this budget and funding cutting is going on, we daily witness the pragmatic incremental-ism being employed as "new" laws for the "new" threat of drugs, like oxycotin, crystal meth, pill-mill prescription buying rings prevention, etc. are being carefully crafted to win the approval and support of the public.

I guess it's fair to warn the masses and say, "Be on the look out for state and federal scare tactics that are about to be cranked up and barrage every vehicle of propagation."

So be mindful, all of those who exist out there on the other side of the fence. When you see "recidivism rate" spike upwards at an astonishing speed, and when you see "legislators" pushing "new" mandatory prison terms for drug-related offenses, and when you hear law enforcement "representatives" lobby for more tax money for them to "protect you" with their ultra drug task forces, and when you see more and more tax money being allocated for the building of "more prisons and correctional institutions" because the justice system just sentenced "three times as many as they have released"—be afraid, my good citizen. Be very, very afraid.

Because something of a wicked and sinister nature is roughly in place and, by then, perhaps, you will regret not having asked yourself sooner this question: Can anybody please tell me where our America is headed with its so-called "War on Drugs"?

I remain yours
The Realist
Deanna Tha Doll

Any and all comments are welcomed.