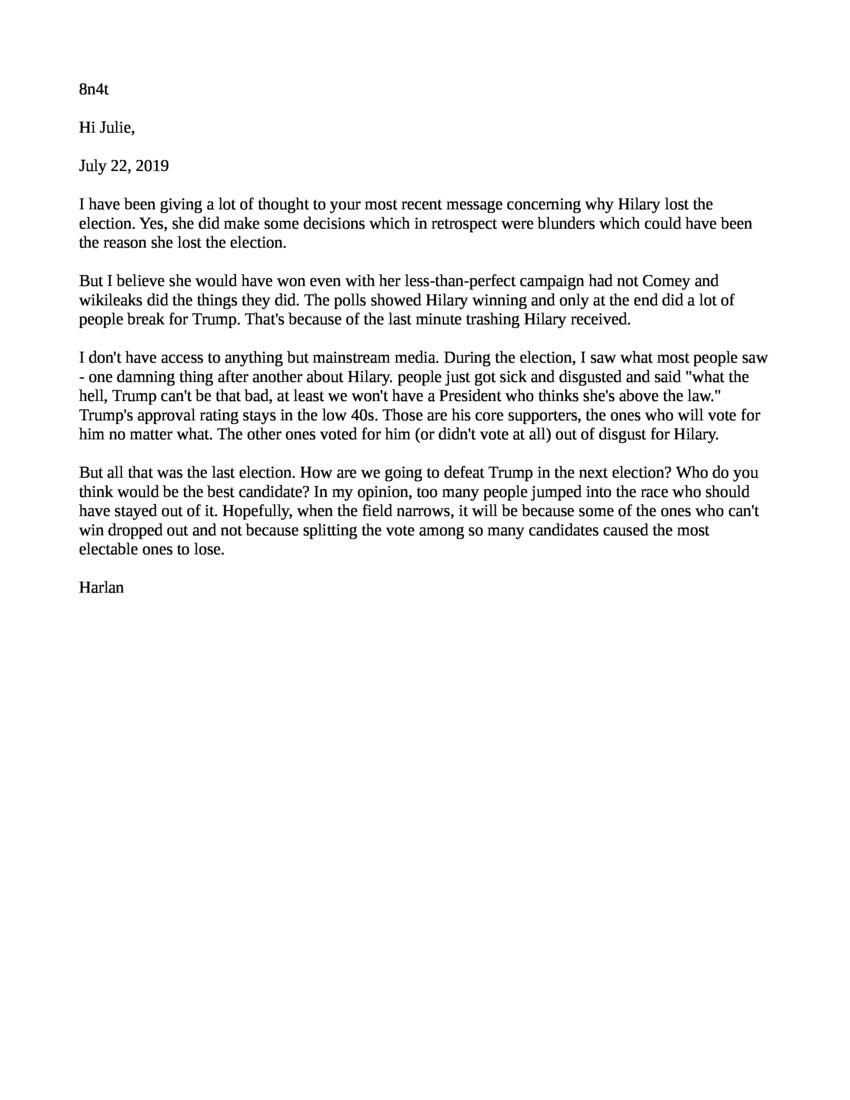 But I believe she would have won, even with her less-than-prefect campaign, had not Comey and Wikileaks did the things they did. The polls showed Hilary winning, and only at the end did a lot of people break for Trump. That's because of the last minute trashing Hilary received.

I don't have access to anything but mainstream media. During the election, I saw what most people saw—one damning thing after another about Hilary. People just got sick and disgusted and said, "What the hell, Trump can't be that bad. At least we won't have a president who thinks she's above the law." Trump's approval ratings stays in the low 40s. Those are his core supporters, the ones who will vote for him no matter what. The other ones who voted for him (or didn't vote at all) out of disgust for Hilary.

But all of that was the last election. How are we going to defeat Trump in the next election? Who do you think would be the best candidate?

In my opinion, too many people jumped into the race who should have stayed out of it. Hopefully, when the field narrows, it will be because some of the ones who can't win, dropped out and not because splitting the vote among so many candidates caused the most electable ones to lose.