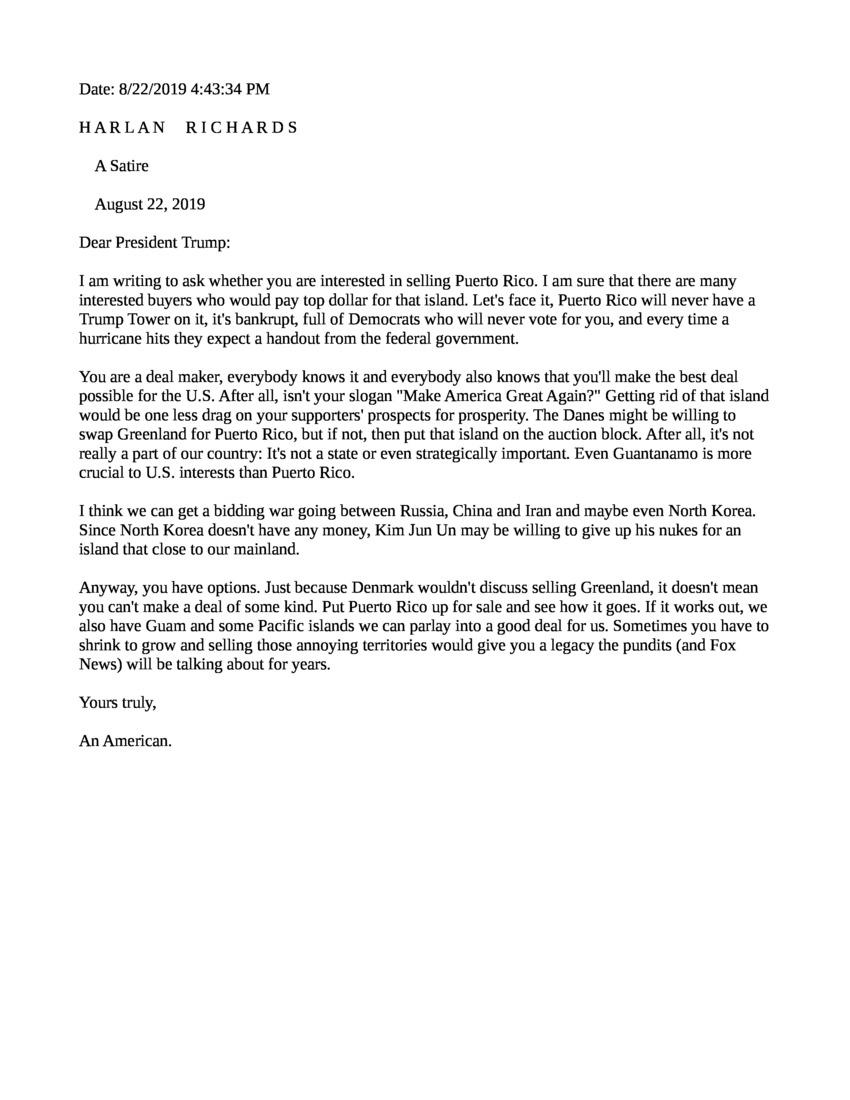 I am writing to ask whether you are interested in selling Puerto Rico. I am sure that there are many interested buyers who would pay top dollar for that island. Let's face it: Puerto Rico will never have a Trump Tower on it. It's bankrupt, full of Democrats who will never vote for you, and every time a hurricane hits, they expect a handout from the federal government.

You are a deal maker. Everybody knows it and everybody knows that you'll make the best deal possible for the U.S. After all, isn't your slogan "Make America Great Again?" Getting rid of that island would be one less drag on your supporters' prospects for prosperity. The Danes might be willing to swap Greenland for Puerto Rico, but if not, then put that island on the auction block. After all, it's not really a part of our country. It's not a state or even strategically important. Even Guantanamo is more crucial to U.S. interests than Puerto Rico.

I think we can get a bidding war going between Russia, China and Iran, and maybe even North Korea. Since North Korea doesn't have any money, Kim Jun Un may be willing to give up his nukes for an island that close to our mainland.

Anyway, you have options. Just because Denmark wouldn't discuss selling Greenland, it doesn't mean you can't make a deal of some kind. Put Puerto Rico up for sale and see how it goes. If it works out, we also have Guam and some Pacific islands we can parlay into a good deal for us. Sometimes you have to shrink to grow and selling those annoying territories would give you a legacy the pundits (and Fox News) will be talking about for years.

Yours truly,
An American