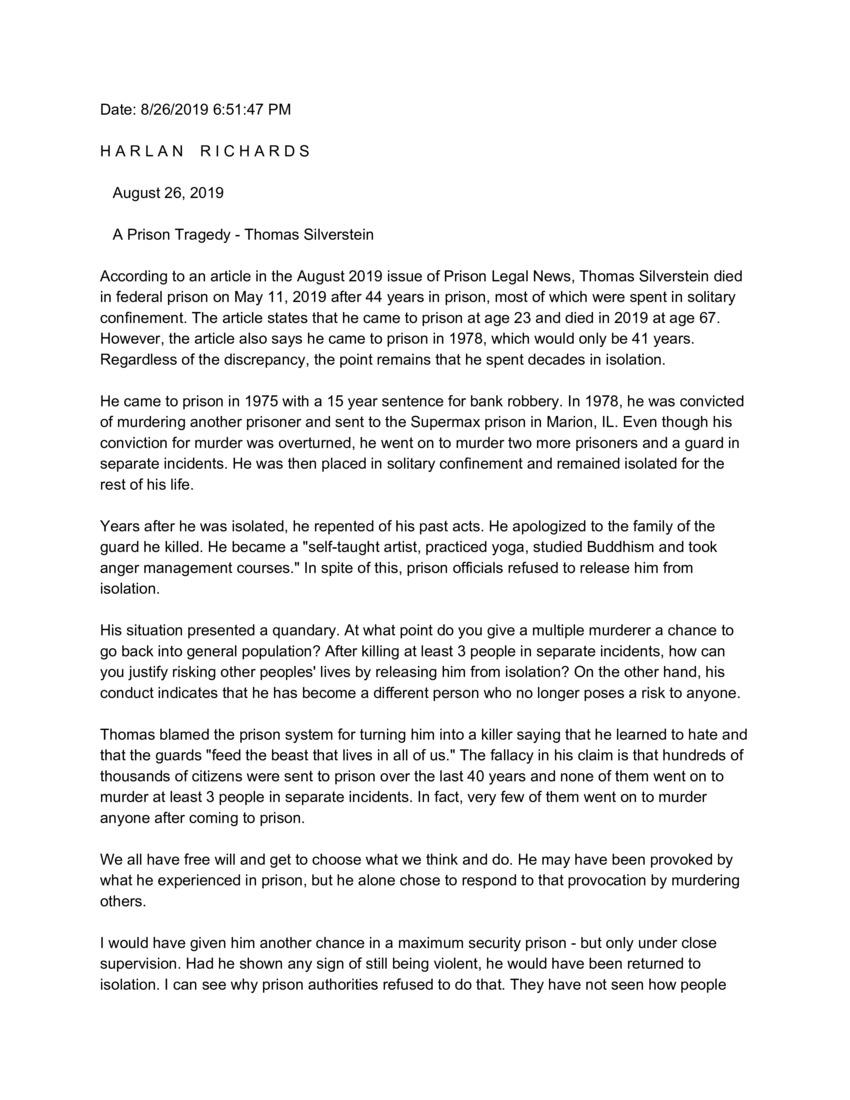 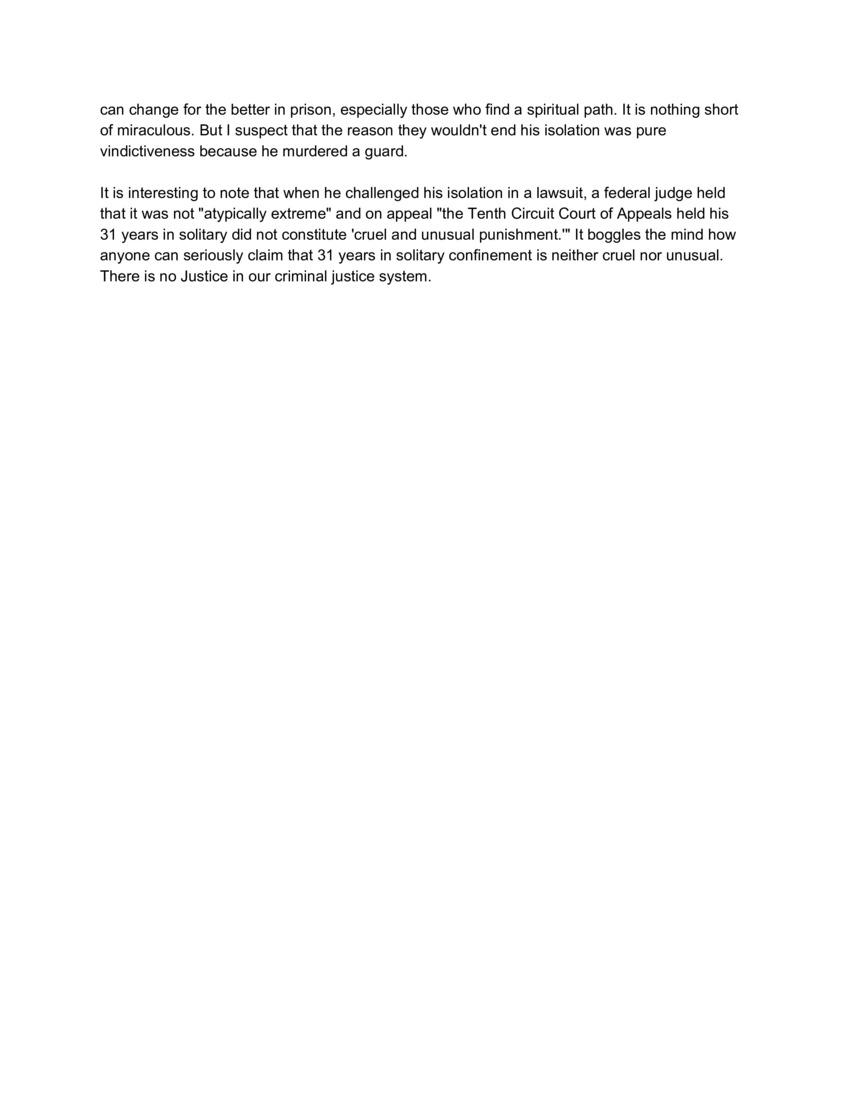 According to an article in the August 2019 issue of Prison Legal News, Thomas Silverstein died in federal prison on May 11, 2019 after 44 years in prison, most of which were spent in solitary confinement. The articles states that he came to prison at age 23 and died in 2019 at age 67. However, the article also says he came to prison in 1978, which would only be 41 years. Regardless of the discrepancy, the point remains that he spent decades in isolation.

He came to prison in 1975 with a 15 year sentence for bank robbery. In 1978, he was convicted of murdering another prisoner and sent to the Supermas prison in Marion, IL. Even though his conviction for murder was overturned, he went on to murder two more prisoners and a guard in separate incidents. He was then placed in solitary confinement and remained isolated for the rest of his life.

Years after he was isolated, he repented his past acts. He apologized to the family of the guard he killed. He became a self-taught artist, practiced yoga, studied Buddhism and took anger management courses. In spite of this, prison officials refused to release him from isolation.

His situation presented a quandary. At what point do you give a multiple murderer a chance to go back into general population? After killing at least three people in separate incidents, how can you justify risking other people's lives by releasing him from isolation? On the other hand, his conduct indicates that he has become a different person who no longer poses a risk to anyone.

Thomas blamed the prison system for turning him into a killer, saying that he learned to hate and that the guards "feed the beast that lives in all of us." The fallacy in his claim is that hundreds of thousands of citizens were sent to prison over the last 40 years and none of them went on to murder at least three people in separate incidents. In fact, very few of them went on to murder anyone after coming to prison.

We all have free will and get to choose what we think and do. He may have been provoked by what he experienced in prison, but he alone chose to respond to that provocation by murdering others.

I would have given him another chance in a maximum security prison—but only under close supervision. Had he shown any sign of still being violent, he would have been returned to isolation. I can see why prison authorities refused to do that. They have not seen how people can change for the better in prison, especially those who find a spiritual path. It is nothing short of miraculous. But I suspect that the reason they wouldn't end his isolation was pure vindictiveness because he murdered a guard.

It is interesting to note that when he challenged his isolation in a lawsuit, a federal judge held that it was not "atypically extreme" on appeal "the Tenth Circuit Court of Appeals held his 31 years in solitary did not constitute 'cruel and unusual punishment.'" It boggles the mind how anyone can seriously claim that 31 years in solitary confinement is neither cruel nor unusual. There is no justice in our criminal justice system.