5 Things To Know About Our Investigation Into Mississippi's Prison Crisis 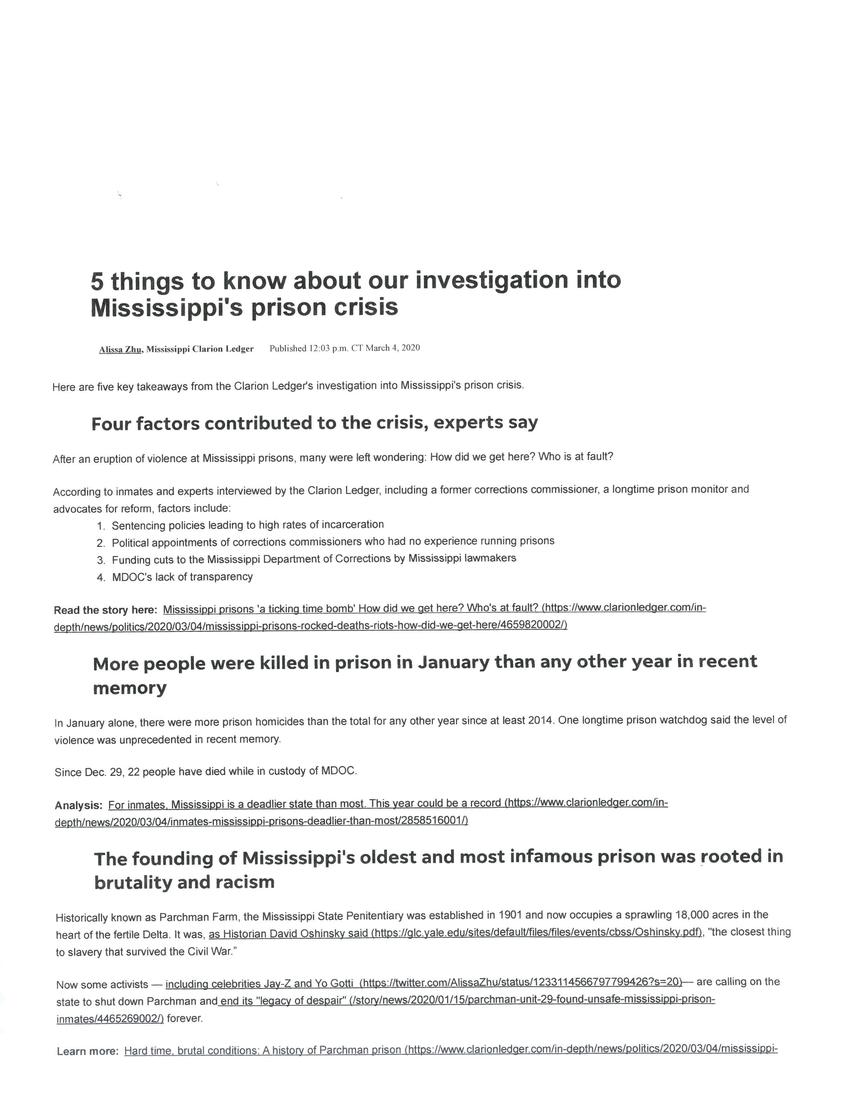 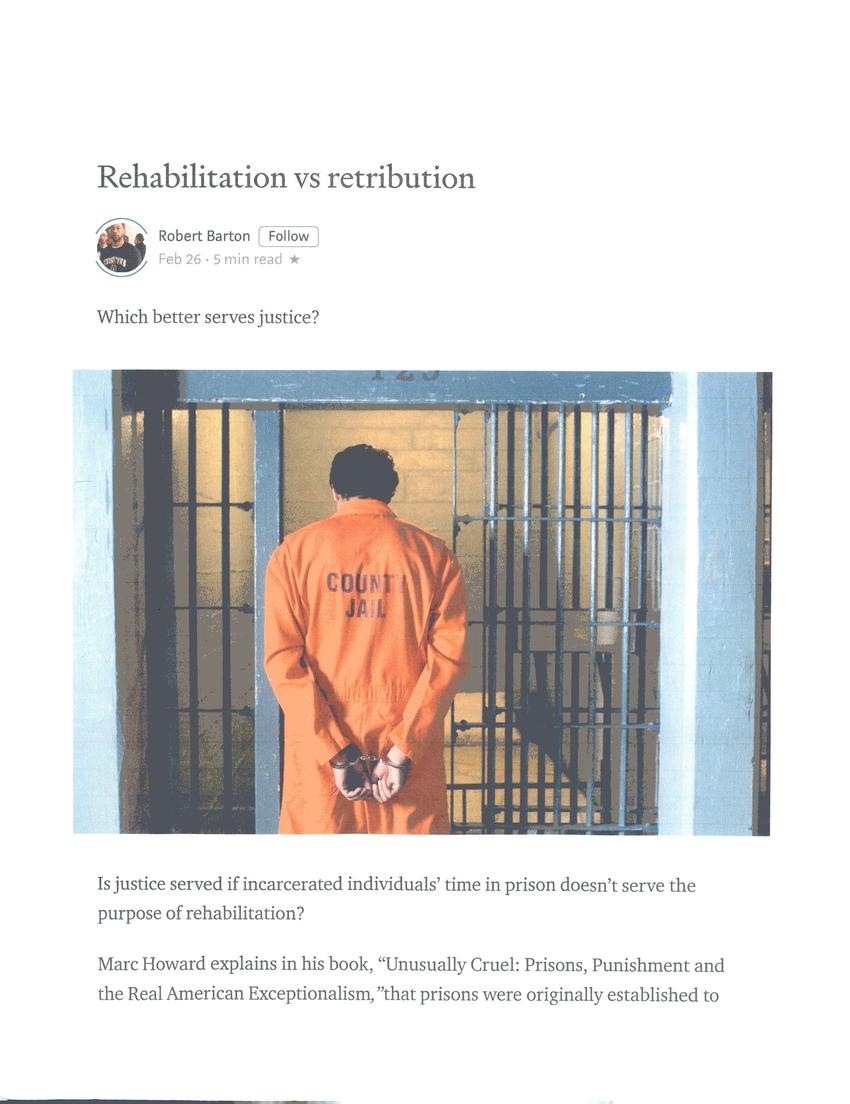 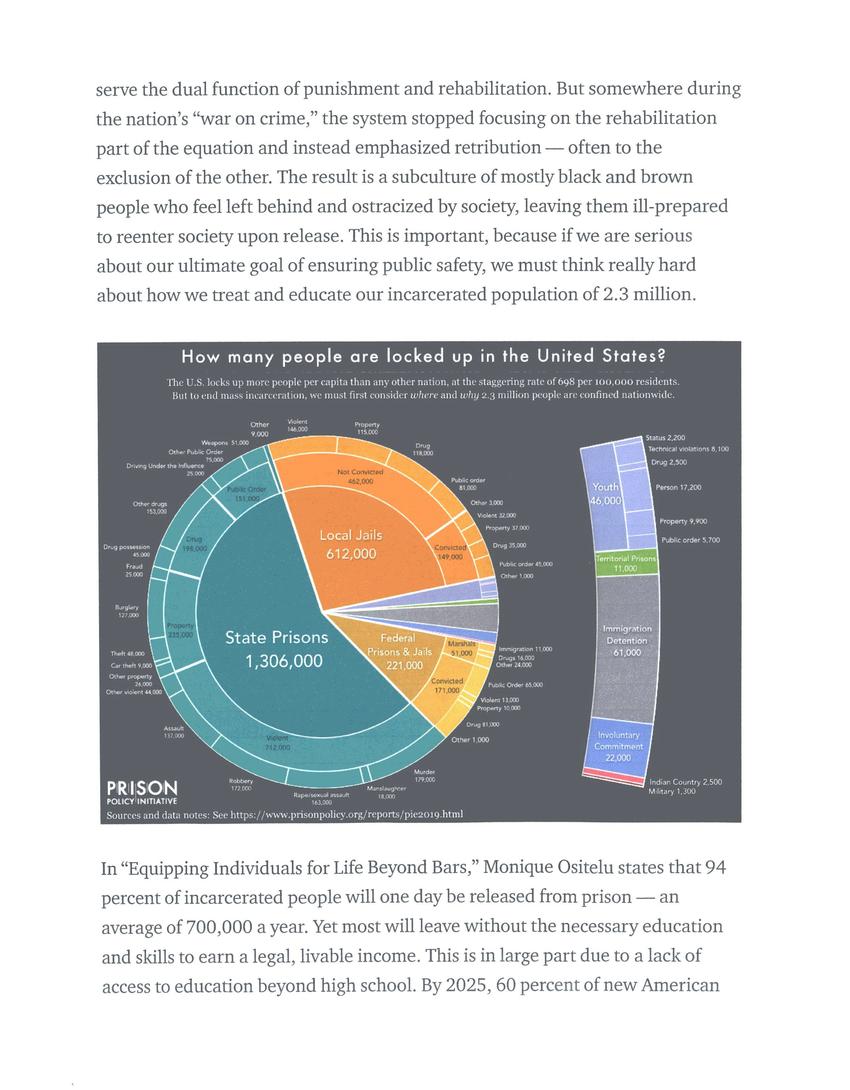 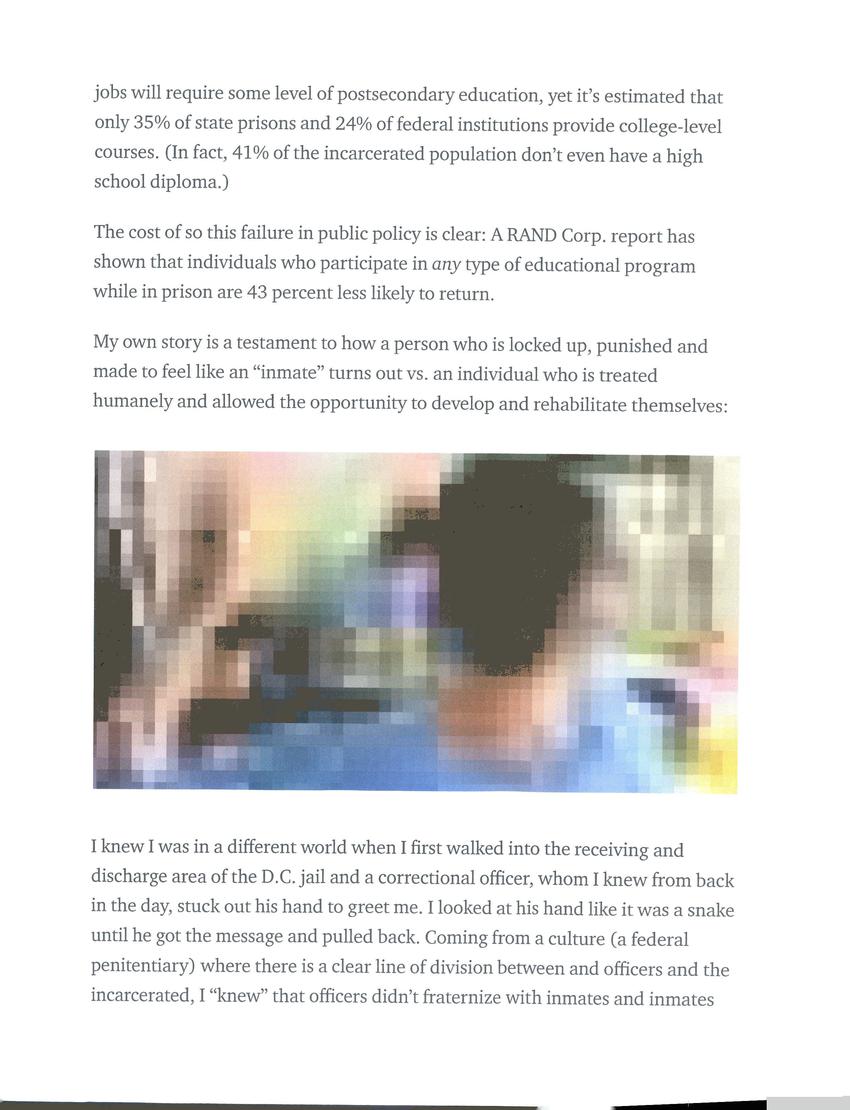 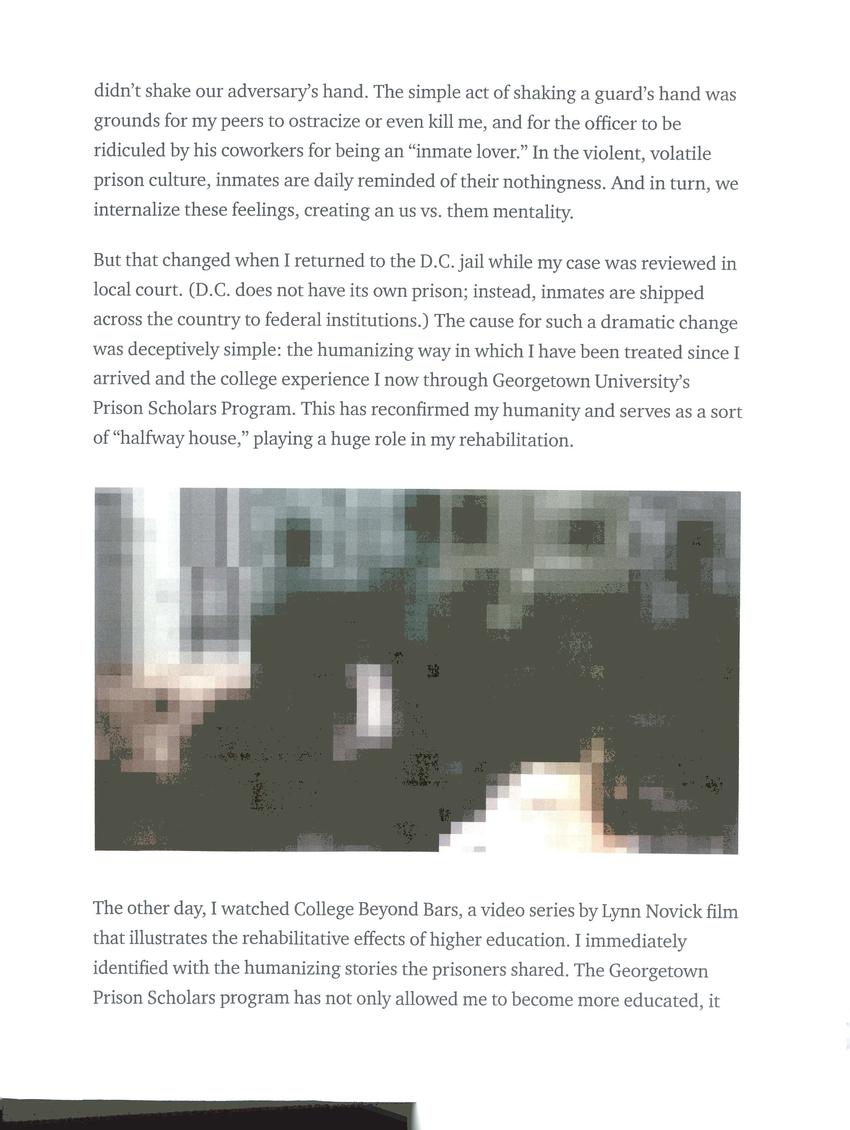 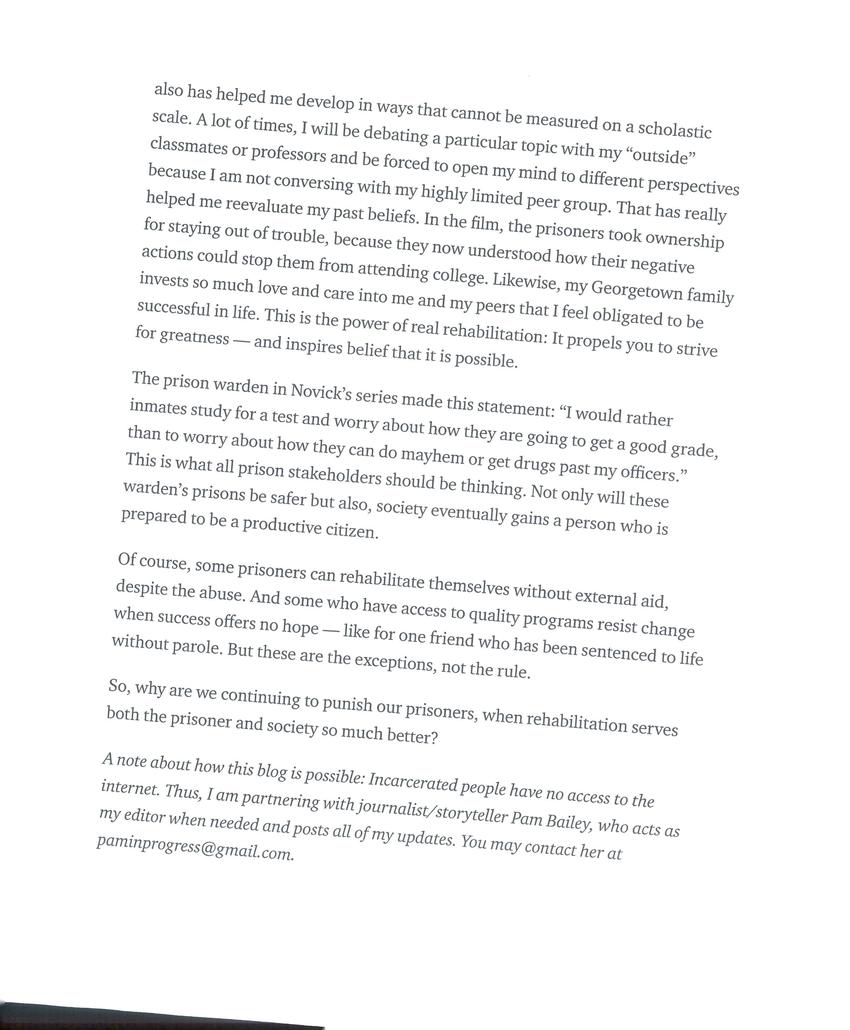 5 things to know about our investigation into Mississippi's prison crisis

Here are five takeaways from the Clarion Ledger's investigation into Mississipi's prison crisis.

After an eruption of violence at Mississipi prisons, many were left wondering: How did we get here? Who is at fault?

According to inmates and experts interviewed by the Clarion Ledger, including a former corrections commissioner, a longtime prison monitor, and advocates for reform, factors include:
1. Sentencing policies leading to high rates of incarceration
2. Political appointments of corrections commissioners who had no experience running prisons
3. Funding cuts to the Mississippi Department of Corrections by Mississipi lawmakers
4. MDOC's lack of transparency

Read the story here: Mississipi prison's a ticking time bomb' How did we get here? Who's at fault? (https://www.clarionledger.com/in-depth/news/politics/2020/03/04/mississipi-prisons-rocked-deaths-riots-how-did-we-get-here/4659820002/)

In January alone, there were more prison homicides than the total for any other year since at least 2014. One longtime prison watchdog said the level of violence was unprecedented in recent memory.

Since Dec. 29, 22 people have died while in custody of MDOC.

Analysis: For inmates, Mississipi is a deadlier state than most. This year could be a record (https://www.clarionledger.com/in-depth/news/2020/03/04/inmates-mississipi-prisons-deadlier-than-most/2858516001/)

Historically known as Parchman Farm, the Mississipi State Penitentiary was established in 1901 and now occupies a sprawling 18,000 acres in the heart of the fertile Delta. It was, as Historian David Oshinsky said (https//glc.yale.edu/sites/default/files/files/events/cbss/Oshinsky.pdf), "the closest thing to slavery that survived the Civil War."

Thanks for writing! I worked on the transcription for your post.
(scanned reply – view as blog post)
uploaded Jan. 18, 2021.  Original (PDF) 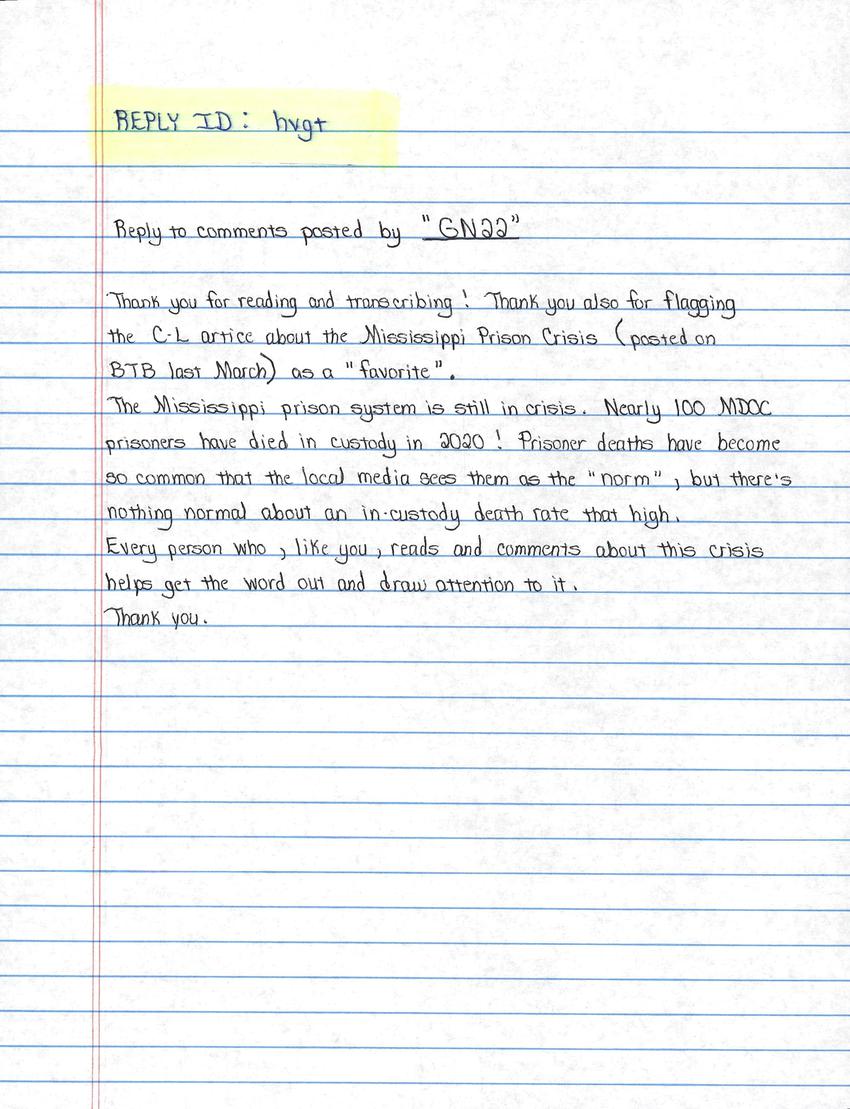