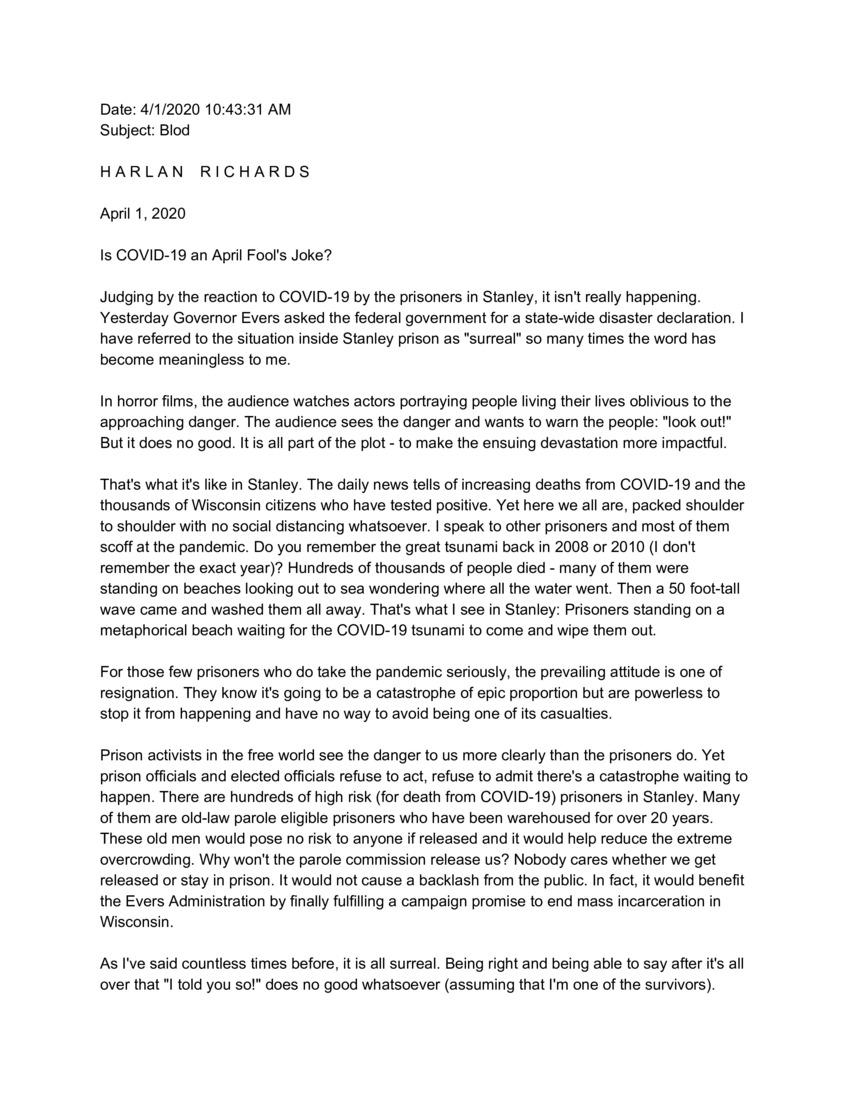 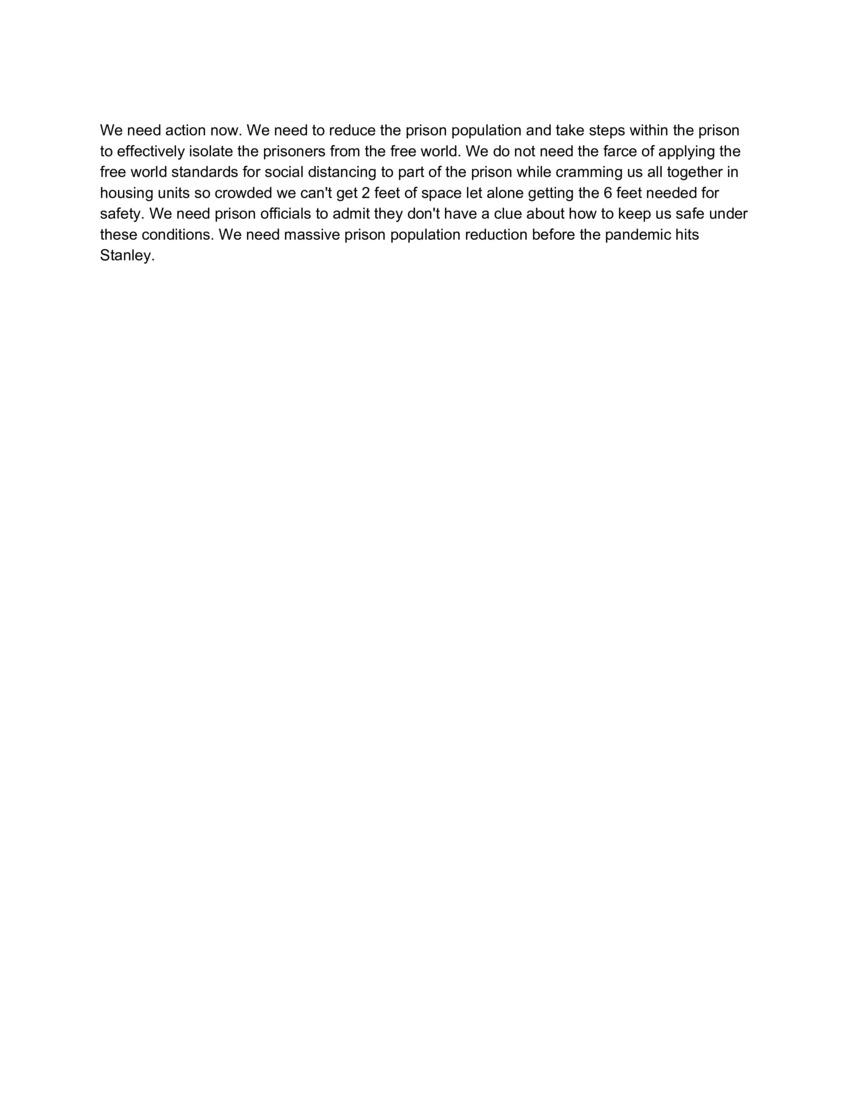 Judging by the reaction to COVID-19 by the prisoners in Stanley, it isn't really happening. Yesterday Governor Evers asked the federal government for a state-wide disaster declaration. I
have referred to the situation inside Stanley prison as "surreal" so many times the word has become meaningless to me.

In horror films, the audience watches actors portraying people living their lives oblivious to the approaching danger. The audience sees the danger and wants to warn the people: "look out!" But it does no good. It is all part of the plot - to make the ensuing devastation more impactful.

That's what it's like in Stanley. The daily news tells of increasing deaths from COVID-19 and the thousands of Wisconsin citizens who have tested positive. Yet here we are, packed shoulder to shoulder with no social distancing whatsoever. I speak to other prisoners and most of them scoff at the pandemic. Do you remember the great tsumani back in 2008 or 2010(I don't remember the exact year)? Hundreds of thousands of people died - many of them were standing on beaches looking out to sea wondering where all the water went. Then a 50 foot-tall wave came and washed them all away. That's what I see in Stanley: Prisoners standing on a metaphorical beach waiting for the COVID-19 tsunami to come and wipe them out.

For those few prisoners who do take the pandemic seriously, the prevailing attitude is one of resignation. They know it's gonna to be a catastrophe of epic proportion but are powerless to stop it from happening and have no way to avoid being one of its casualties.

Prison activists in the free world see the danger to us more clearly than the prisoners do. Yet prison officials and elected officials refuse to act, refuse to admit there's a catastrophe waiting to happen. There are hundreds of high risk(for death from COVID-19) prisoners in Stanley. Many of them are old-law parole eligible prisoners who have been warehoused for over 20 years. These old men would pose no risk to anyone if released and it would help reduce the extreme overcrowding. Why won't the parole commission release us? Nobody cares whether we get released or stay in prison. It would not cause a backlash from the public. In fact, it would benefit the Evers Administration by finally fulfilling a campaign promise to end mass incarceration in Wisconsin.

As I've said countless times before, it is all surreal. Being right and being able to say after it's all over that "I told you so!" does no good whatsoever(assuming that I'm one of the survivors).

We need action now. We need to reduce the prison population and take steps within the prison to effectively isolate the prisoners from the free world. We do not need the farce of applying the free world standards for social distancing to part of the prison while cramming us all together in housing units so crowded we can't get 2 feet of space let alone getting the 6 feet needed for safety. We need prison officials to admit they don't have a clue about how to keep us safe under these conditions We need massive prison population reduction before the pandemic hits Stanley.