My Letter to Governor Tony Evers 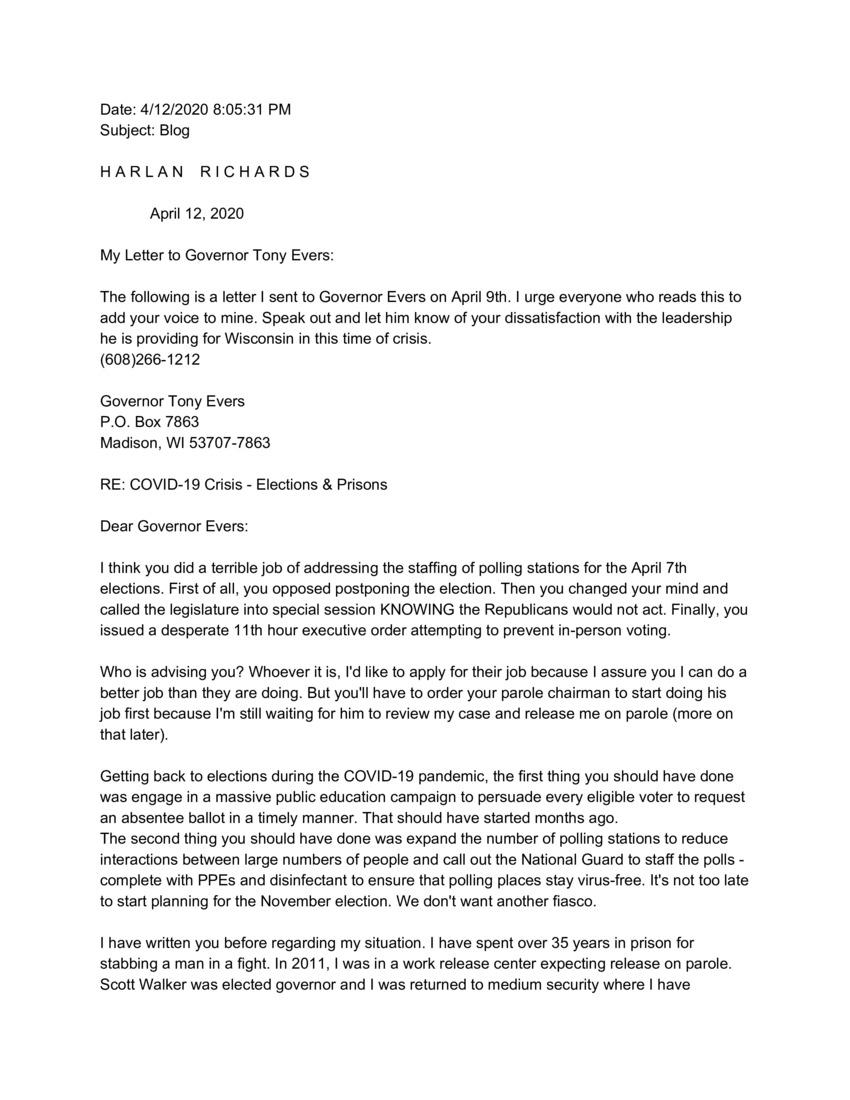 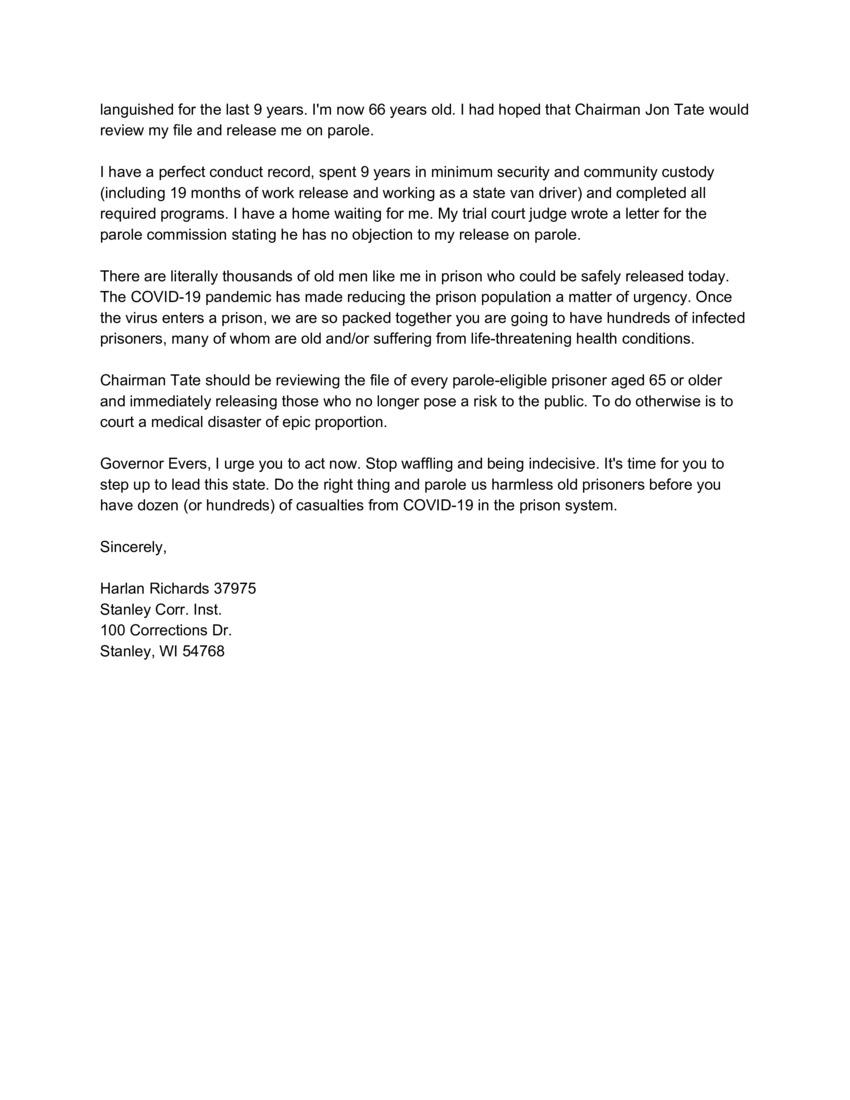 My Letter to Governor Tony Evers:

The following is a letter I sent to Governor Evers on April 9th. I urge everyone who reads this to add your voice to mine. Speak out and let him know of your dissatisfaction with the leadership he is providing for Wisconsin in this time of crisis.

I think you did a terrible job addressing the staffing of polling stations for the April 7th elections. First of all, you opposed postponing the election. Then you changed your mind and called the legislature into a special session KNOWING the Republicans would not act. Finally, you issued a desperate 11th hour executive order attempting to prevent in-person voting.

Who is advising you? Whoever it is, I'd like to apply for their job because I assure you I can do a better job than they are doing. But you'll have to order your parole chairman to start doing his job first because I'm still waiting for him to review my case and release me on parole (more on that later).

Getting back to elections during the COVID-19 pandemic, the first thing you should have done was engage in a massive public education campaign to persuade every eligible voter to request an absentee ballot in a timely mannor. That should have started months ago. The second thing you should have done was expand the number of polling stations to reduce the interactions between large numbers of people and call out the National Guard to staff the polls - complete with PPEs and disinfectant to ensure that polling places stay virus-free. It's not too late to start planning for the November election. We don't want another fiasco.

I have written you before regarding my situation. I have spent over 35 years in prison for stabbing a man in a fight. In 2011, I was in a work release enter expecting release on parole. Scott Walker was elected governor and I was returned to medium security where I have languished for the last 9 years. I'm now 66 years old. I had hoped that Chairman Jon Tate would review my file and release me on parole.

I have a perfect conduct record, spent 9 years in minimum security and community custody (including 19 months of work release and working as a state van driver) and completed all required programs. I have a home waiting for me. My trial court judge wrote a letter for the parole commission stating he had no objection to my release on parole.

There are literally thousands of old men like me in prison who could be safely released today. The COVID-19 pandemic has made reducing the prison population a matter of urgency. Once the virus enters a prison, we are so packed together you are going to have hundreds of infected prisoners, many of whom are old and/or suffering from life-threatening conditions.

Chairman Tate should be reviewing the file of every parole-eligible prisoner aged 65 or older and immediately releasing those who no longer pose a risk to the public. To do otherwise is to court a medical disaster of epic proportion.

Governor Evers, I urge you to act now. Stop waffling and being indecisive. It's time for you to step up to lead this state. Do the right thing and parole us harmless old prisoners before you have dozens (or hundreds) or casualties from COVID-19 in the prison system.