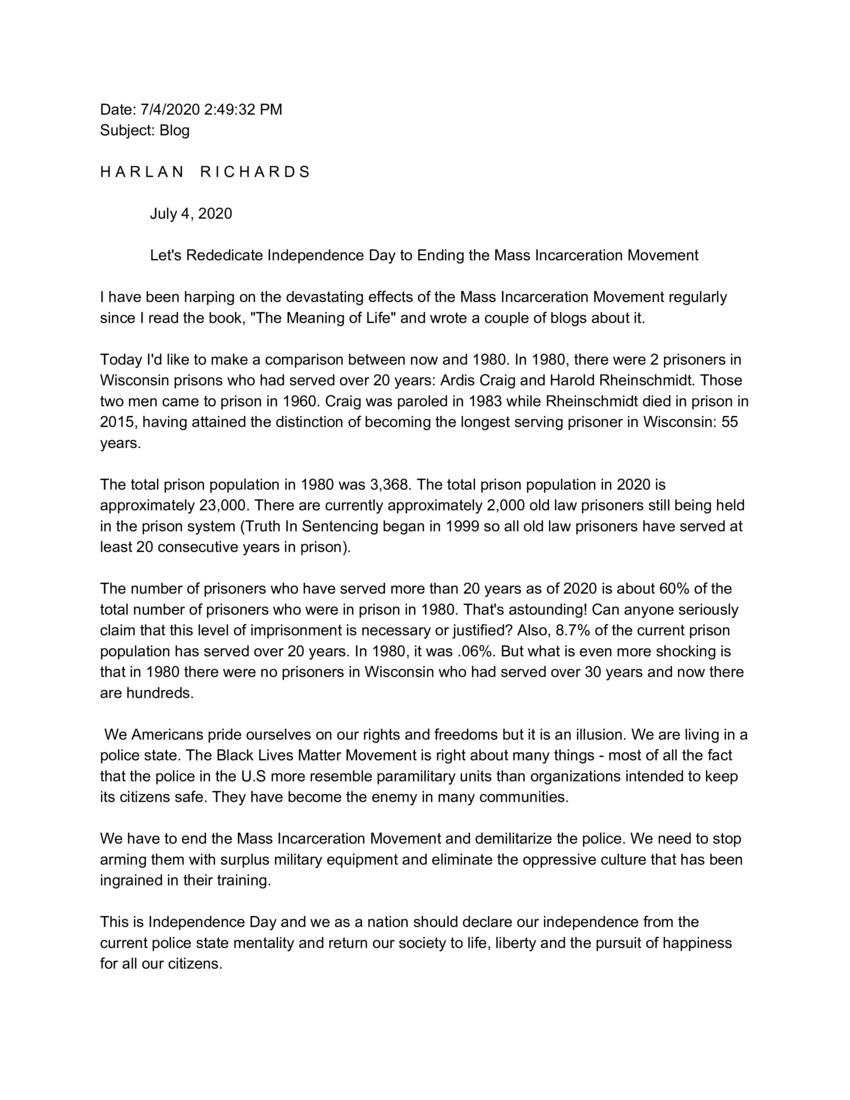 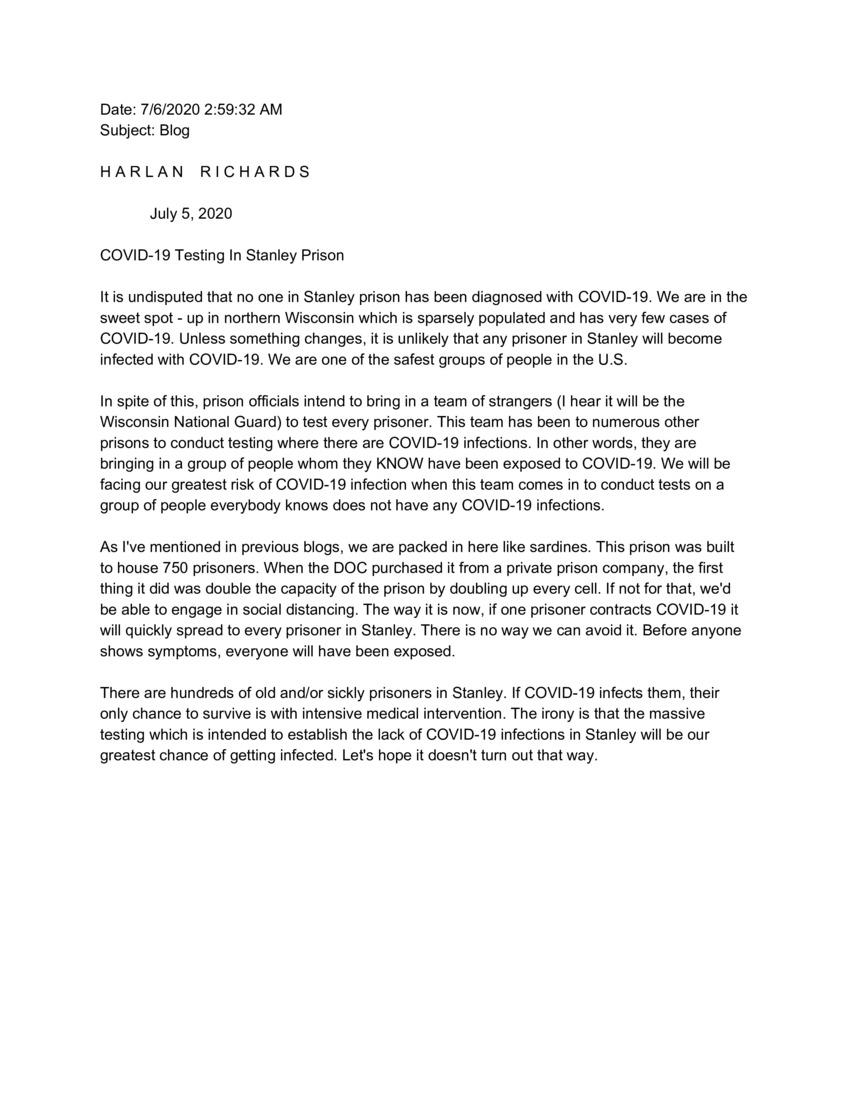 I have been harping on the devastating effects of the Mass Incarceration Movement regularly since I read the book, "The Meaning of Life" and wrote a couple of blogs about it.

Today, I'd like to make a comparison between now and 1980. In 1980, there were 2 prisoners in Wisconsin prisons who had served over 20 years: Ardis Craig and Harold Rheinschmidt. Those two men came to prison in 1960. Craig was paroled in 1983 while Rheinschmidt died in prison in 2015, having attained the distinction of becoming the longest-serving prisoner in Wisconsin: 55 years.

The number of prisoners who have served more than 20 years as of 2020 is about 60% of the total number of prisoners who were in prison in 1980. That's astounding! Can anyone seriously claim that this level of imprisonment is necessary or justified? Also, 8.7% of the current prison population has served over 20 years. In 1980, it was .06%. But what is even more shocking is that in 1980, there were no prisoners in Wisconsin who had served over 30 years and now there are hundreds.

We Americans pride ourselves on our rights and freedoms, but it is an illusion. We are living in a police state. The Black Lives Matter Movement is right about many things - most of all the fact that the police in the U.S. more resemble paramilitary units than organizations intended to keep its citizens safe. They have become the enemy in many communities.

We have to end the Mass Incarceration Movement and demilitarize the police. We need to stop arming them with surplus military equipment and eliminate the oppressive culture that has been ingrained in their training.

This is Independence Day and we as a nation should declare our independence for the current police state mentality and return our society to life, liberty, and the pursuit of happiness for all our citizens.

It is undisputed that no one in Stanley Prison has been diagnosed with COIVD-19. We are in the sweet spot - up in northern Wisconsin which is sparsely populated and has very few cases of COVID-19. Unless something changes, it is unlikely that any prisoner in Stanley will become infected with COVID-19. We are one of the safest groups of people in the U.S.

As I've mentioned in previous blogs, we are packed in here like sardines. This prison was built to house 750 prisoners. When the DOC purchased it from a private prison company, the first thing it did was double the capacity of the prison by doubling up every cell. IF not for that, we'd be able to engage in social distancing. The way it is now, if one prisoner contracts COVID-19, it will quickly spread to every prisoner in Stanley. There is no way we can avoid it. Before anyone shows symptoms, everyone will have been exposed.

There are hundreds of old and/or sickly prisoners in Stanley. If COVID-19 infects them, their only chance to survive is with intensive medical intervention. The irony is that the massive testing which is intending to establish the lack of COVID-19 infections in Stanley will be our greatest chance of getting infected. Let's hope it doesn't turn out that way.