One year mark for getting out 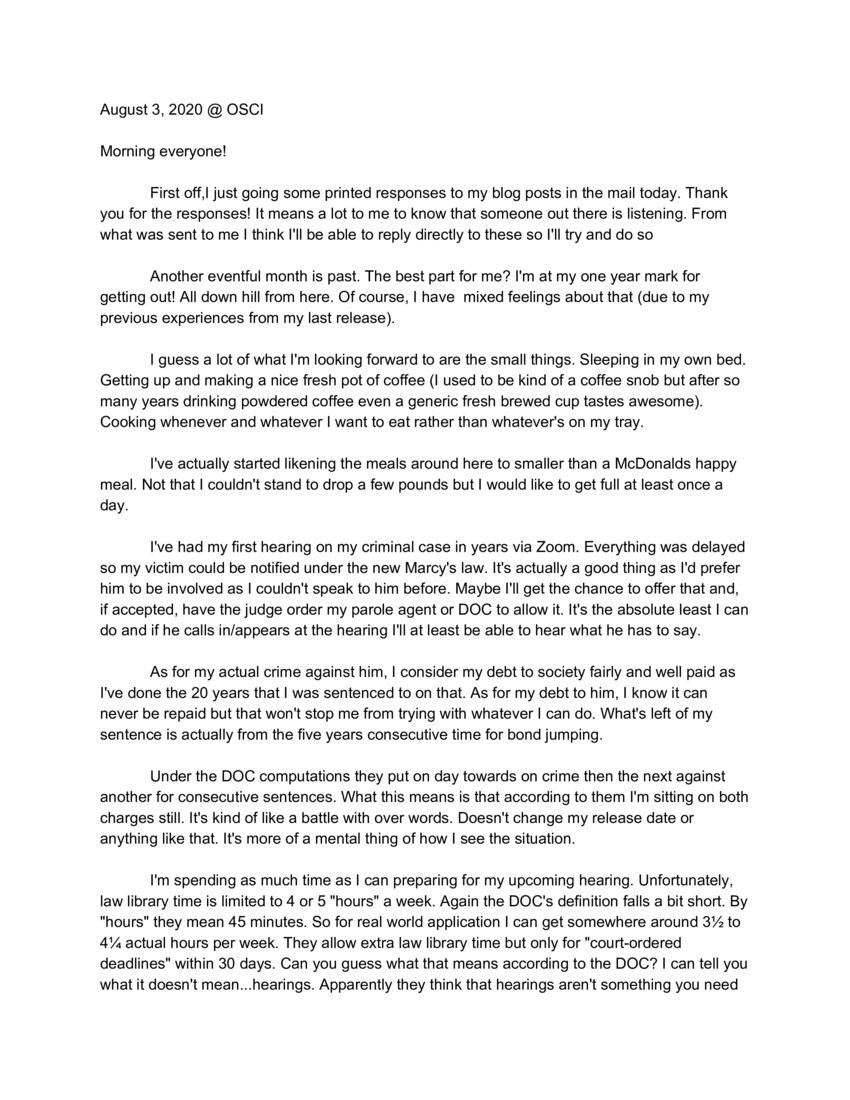 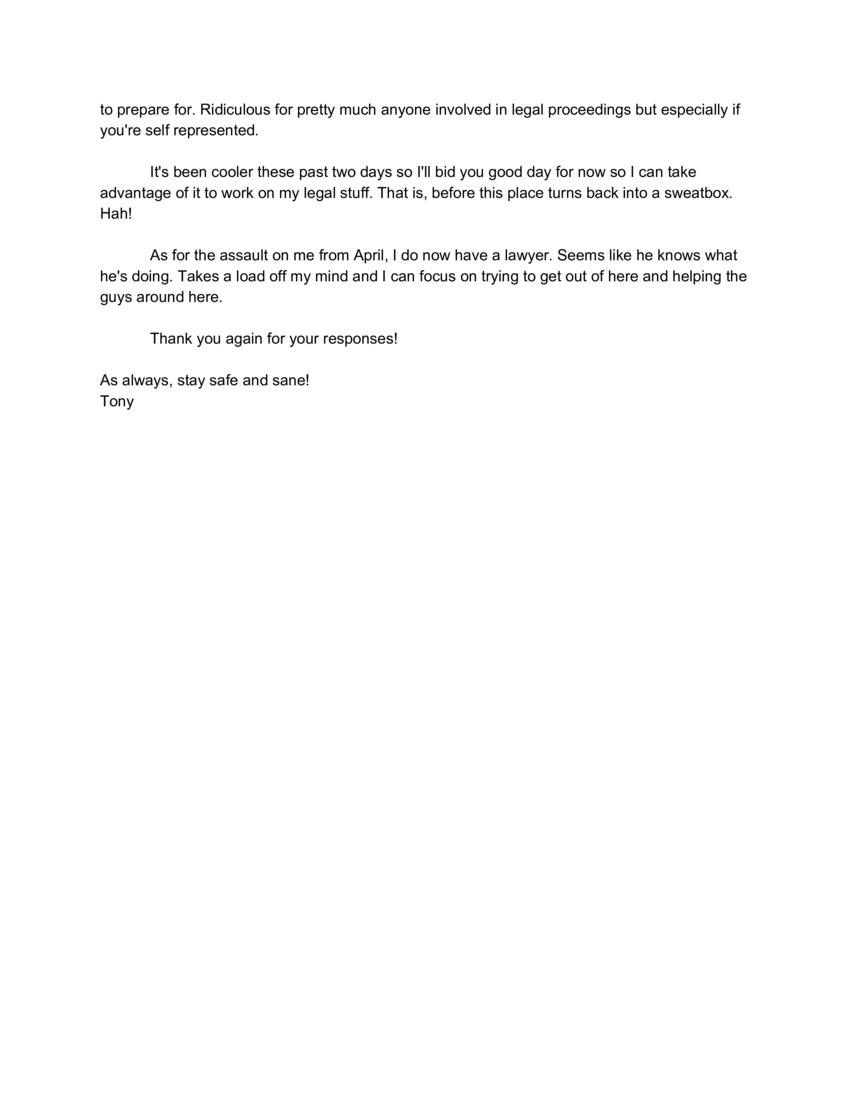 First off, I just got some printed responses to my blog post in the mail today. Thank you for the responses! It means a lot to me to know that someone out there is listening. From what was sent to me, I think I'll be able to reply directly to these so I'll try and do so.

Another eventful month is past. The best part for me? I'm at my one year mark for getting out! All down hill from here. Of course, I have mixed feelings about that (due to previous experiences from my last release).

I guess a lot of what I'm looking forward to are the small things. Sleeping in my own bed and getting up and making a nice fresh pot of coffee (I used to be kind of a coffee snob but after so many years drinking powdered coffee even a generic fresh brewed cup tastes awesome). Cooking whenever and whatever I want to eat rather than whatever's on my tray.

I've actually started liking the meals around here to smaller than a McDonald's happy meal. Not that I couldn't stand to drop a few pounds but I would like to get full at least once a day.

I've had my first hearing on my criminal case in years via Zoom. Everything was delayed so my victim could be notified under the new Marcy's law. It's actually a good thing as I'd prefer him to be involved as I couldn't speak to him before. Maybe I'll get the chance to offer that and, if accepted, have the judge order my parole agent or DOC to allow it. It's the absolute least I can do and if he calls in/appears at the hearing, I'll at least be able to hear what he has to say.

As for my actual crime against him, I consider my debt to society fairly and well paid as I've done the 20 years that I was sentenced to on that. As for my debt to him, I know it can never be repaid but that won't stop me from trying with whatever I can do. What's left of my sentence is actually from the five years consecutive for bond jumping.

Under the DOC computations they put on day towards on crime then the next against another for consecutive sentences. What this means is that, according to them, I'm sitting on both charges still. It's kind of like a battle with words. It doesn't change my release date or anything like that. It's more of a mental thing of how I see the situation.

I'm spending as much time as I can preparing for my upcoming hearing. Unfortunately, law library time is limited to 4 or 5 "hours" a week. Again, the DOC's definition falls a bit short. By "hours" the mean 45 minutes. So for real world applications, I can get somewhere around 3.5 to 4.25 hours per week. They allow extra law library time but only for "court-ordered deadlines" within 30 days. Can you guess what that means according to the DOC? I can tell you what it doesn't mean... hearings. Apparently they think that hearings aren't something you need to prepare for. This is ridiculous for pretty much anyone involved in legal proceedings but especially if you're self represented.

It's been cooler these past two days so I'll bid you good day for now so I can take advantage of it to work on my legal stuff. That is, before this place turns back into a sweatbox. Hah!

As for the assault on me from April, I do now have a lawyer. It seems like he knows what he's doing. Takes a load off my mind so I can focus on trying to get out of here and helping the guys around here.

Thank you again for your responses!