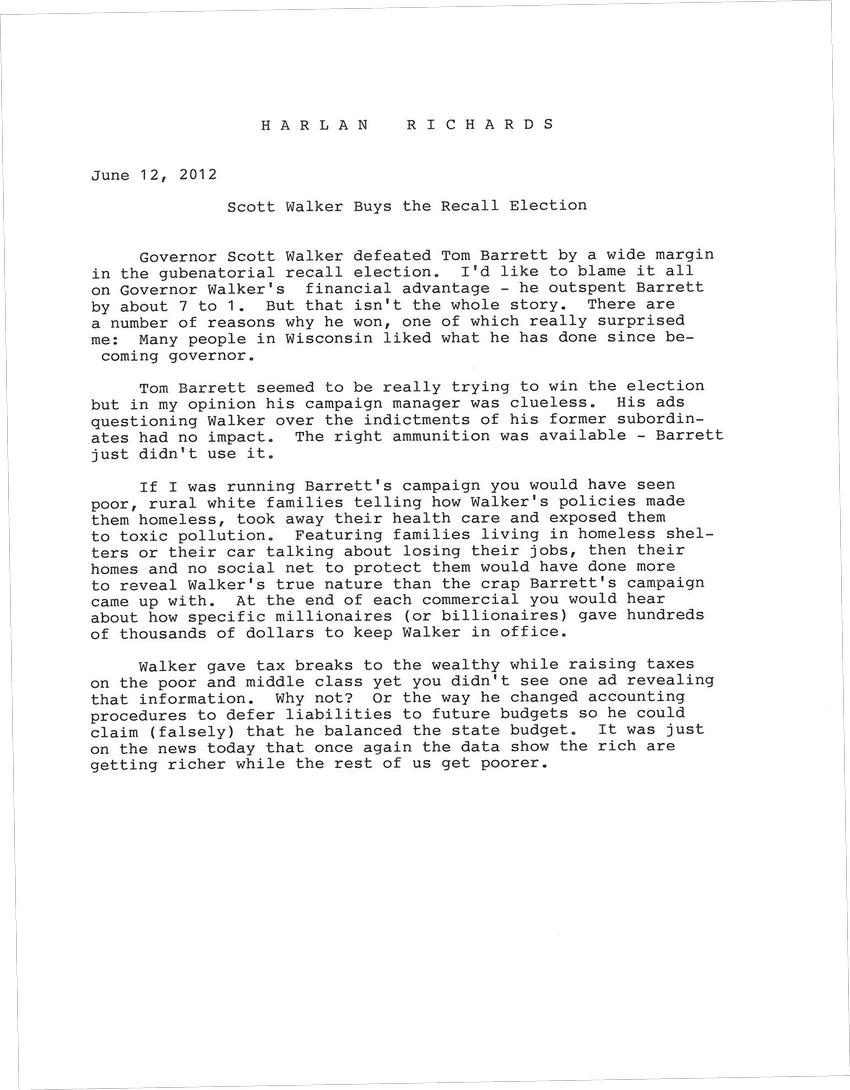 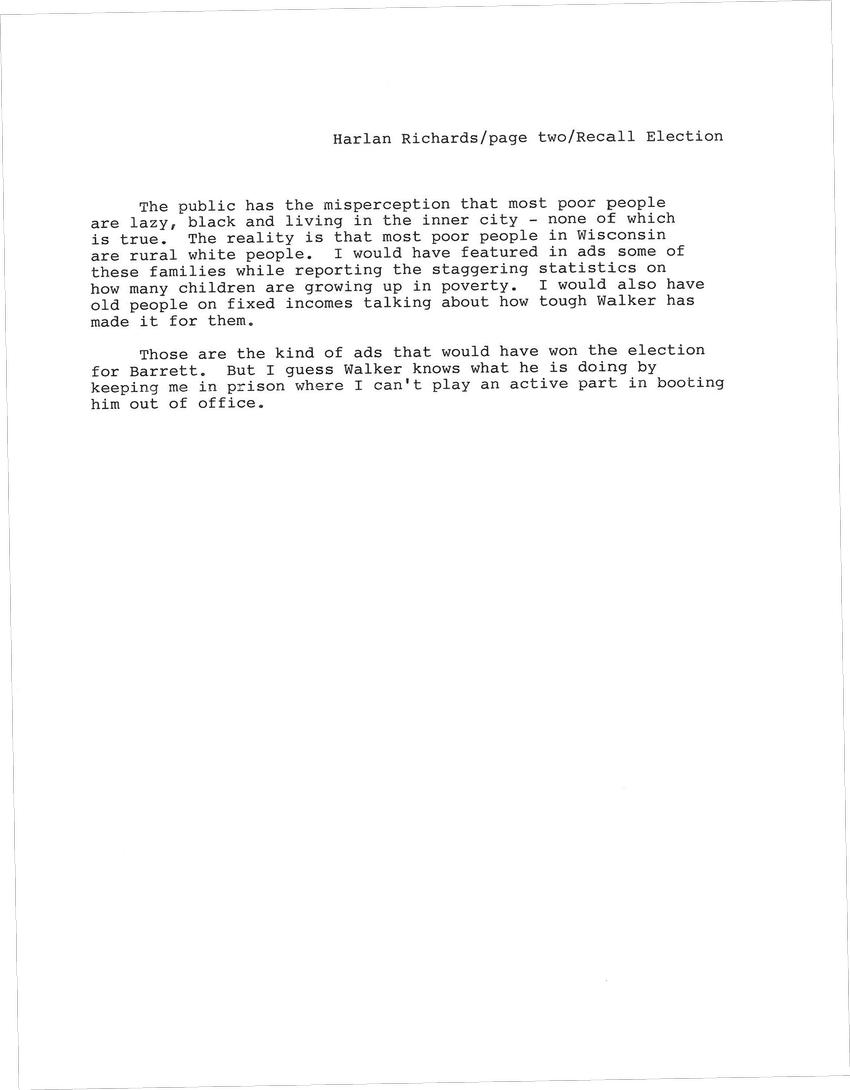 Governor Scott Walker defeated Tom Barrett by a wide margin in the gubenatorial recall election. I'd like to blame it all on Govenor Walker's financial advantage - he outspent Barrett by about 7 to 1. But that isn't the whole story. There are a number of reasons why he won, one of which really surprised me: Many people in Wisconsin liked what he has done since becomin governor.

tom Barrett seemed to be really trying to win the elction but in my opinion his campaign manager was clueess manager was clueless. His ads questioning Walker over the indictmnts of his former subordinar=tes had no impact. The rigt ammunition was available - Barrett just didn't use it.

If I was running Barrett's campaign you would have seen poor, rural white families telling how Walker's polices made them homeless, took away their health care and exposed them to toxic pollution. Featuring families living in homeless shelters or their car talking about losing their jobs, then their homes and no social net to protect them would have done more to reveal Walker's true nature than the crap Barrett's campaign cam up with. At the end of each commercial you would hear about how specific millionaires (or billionaires) gave hundreds of thousands of dollars to kep Walker in office.

Walker gave tax breaks to the wealthy while raising taxes on the poor and middle class yet you din't see one ad revealing that information. Why not? Or the way he changed accounting procedures to defer libilities to future budgets so he culd claim (falsely) that he balanced the state budget. It was just on the news today that once again the data show the rich are getting richer while the rest of us get poorer.

The public has the miperception that most poor people are lazy, black and living in the inner city - none of which is true. The reality is that most poor people in Wisconsin are rural white people. I would have featured in ads some of these families while reporting the staggering statistics on how many children are growing up in poverty. I would also have old people on fixed incomes talking about how tough Walker has made it for them.

Those are the kind of ads that would have won the election for Barrett. But I guess Walker knows what he is doing by keeping me in prison where I can't play an ctive part in booting him out of office.