How It All Went Wrong 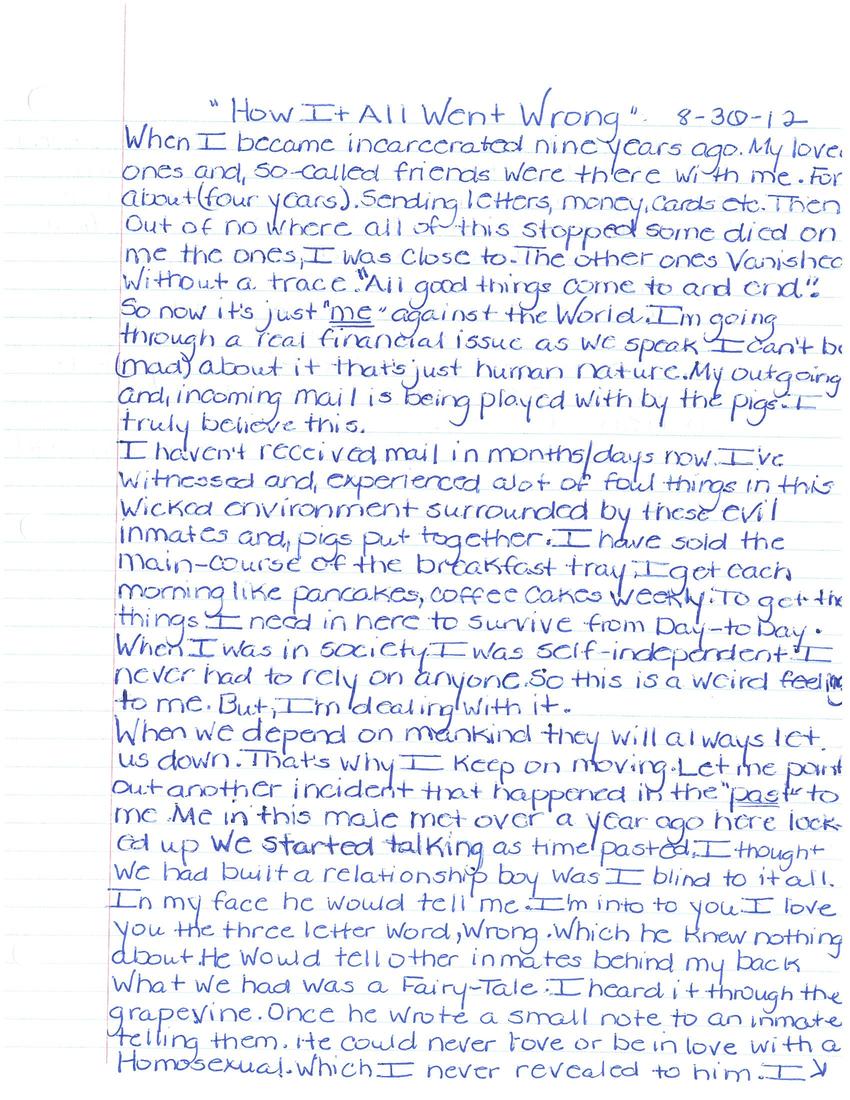 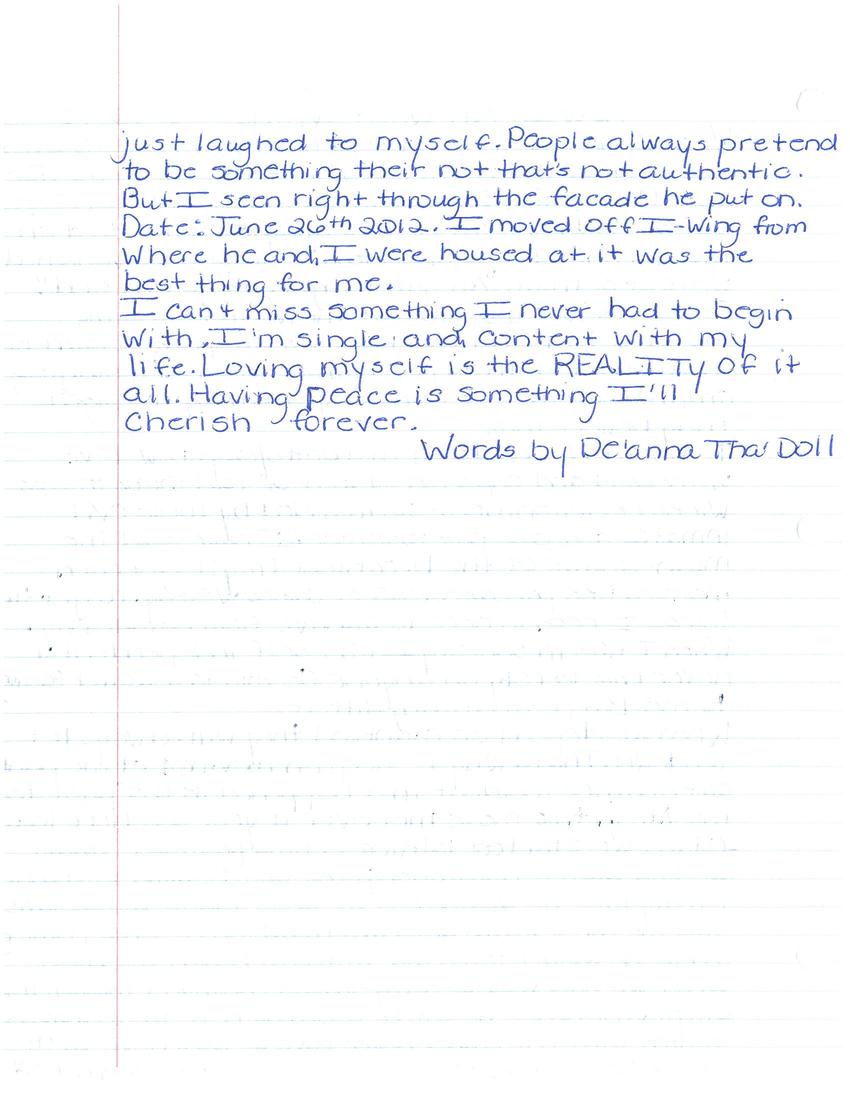 "HOW IT ALL WENT WRONG"

When I became incarcerated nine years ago, my loved ones and so-called friends were there with me, for about (four years) sending letters, money and cards etc. Then ou of nowhere all of this stopped. Some died on me, the ones I was close to. The other ones vanished without a trace. "All good things come to an end". So now it's just "me" against the world. I'm going through a real financial issu as we speak. I can't be (mad) about it. That's just human nature. My outgoing and incoming mil is being played with by the pigs. I truly believe this.

I haven't received mail in months/days now. I've witnessed and experienced alot of foul things in this wicked environment surrounded by these evil inmates and pigs put together. I have sold the min-course of the breakfast tray. I get each morning like pancakes, coffee cames weekly. To get the things I need in here to survive from day-to-day. When I was in society I as self-independent. I never had to rely on anyone so this is a weird feeling to me. But I'm dealing with it.

When we depend on mankind they will always let us down. That's why I keep on movin. Let me paint out another incident that happened in th "past" to me. Me and, I thoughtthis mate met over a year ago. Here locked up we started talking. As time passed, I thought we had built a relationship. Boy was I blind to it all. In my face he would tell me, I'm into you, I love you. The three letter word. Wrong, which he knew nothing about. He would tell other inmates behind my back what we had was a fairy-tale. I heard it through the grapevine. Onc ehe wrote a small note to an inmate telling them. He coul never love or be in love with a Homosexual, which I never revealed to him. I've just lughed to myself. People always pretend to be something their not that's not authentic. But I seen right through the facade he put on. Date: June 26th 2012. I moved off I-wing from where he and, I were housed at it was the best thing for me. I can't miss something I never had to begin with, I'm single and, content with my life. Loving myself is the REALITY of it all. Having peace is something I'll cherish forever. Words by De'anna Tha' Doll