A Riot and Lockdown 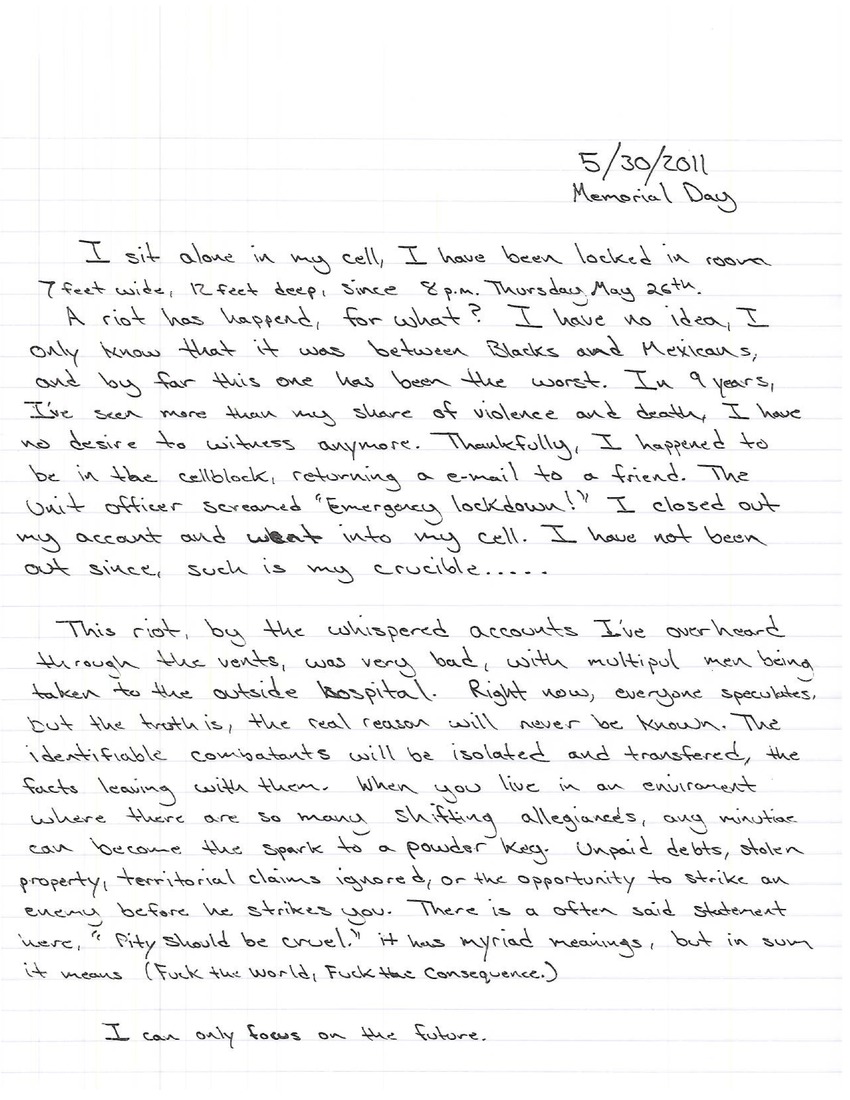 A riot has happened. For what? I have no idea. I only know that it was between blacks and Mexicans, and by far this one has been the worst. In nine years, I've seen more than my share of violence and death. I have no desire to witness anymore. Thankfully, I happened to be in the cell block returning an email to a friend. The unit officer screamed, "Emergency lockdown!" I closed out my account and went into my cell. I have not been out since. Such is my crucible.

This riot, by the whispered accounts I've overheard through the vents, was very bad, with multiple men being taken to the outside hospital. Right now, everyone speculates. But the truth is, the real reason will never be known. The identifiable combatants will be isolated and transferred, the facts leaving with them. When you live in an environment where there are so many shifting allegiances, any minutes can become the spark to a powder keg. Unpaid debts, stolen property, territorial claims ignored, or the opportunity to strike on enemy before he strikes you. There is an often said statement here, "Pity should be cruel." It has myriad meanings but, in sum, it means fuck the world, fuck the consequences.

I can only focus on the future.