URL Blog Information Of The Holocaust Of Slavery 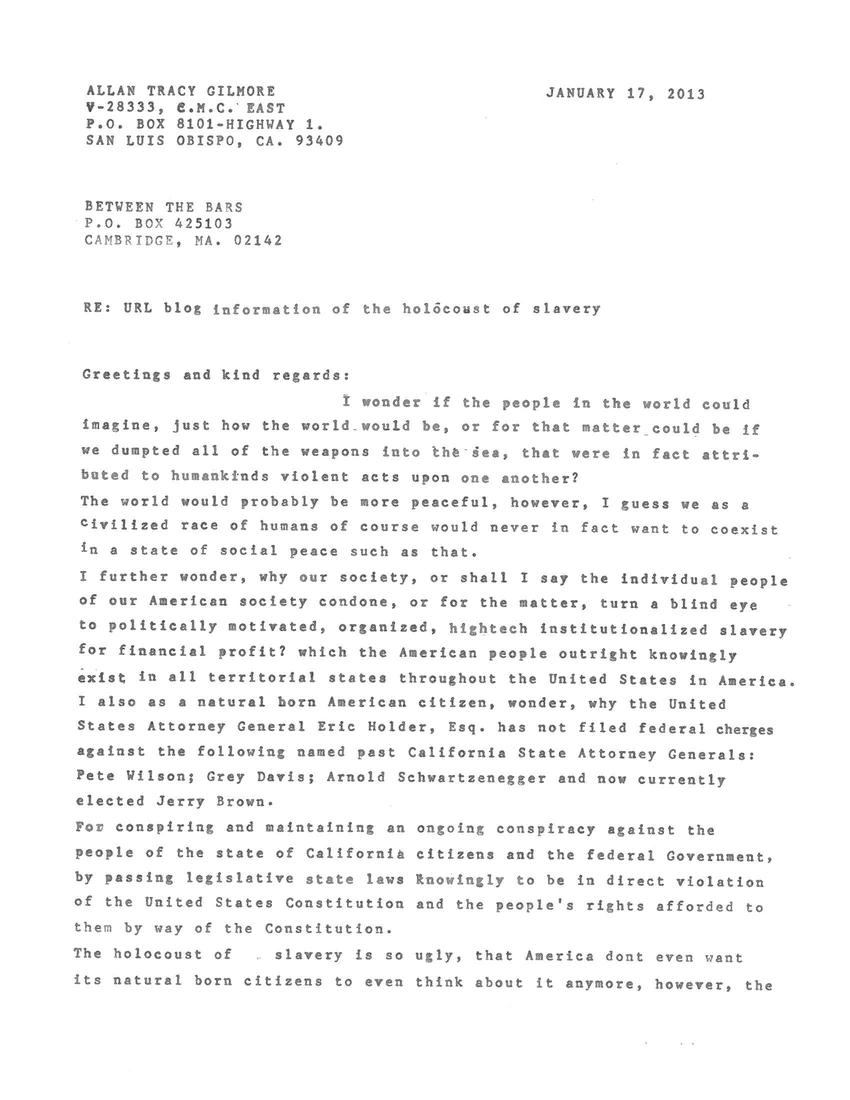 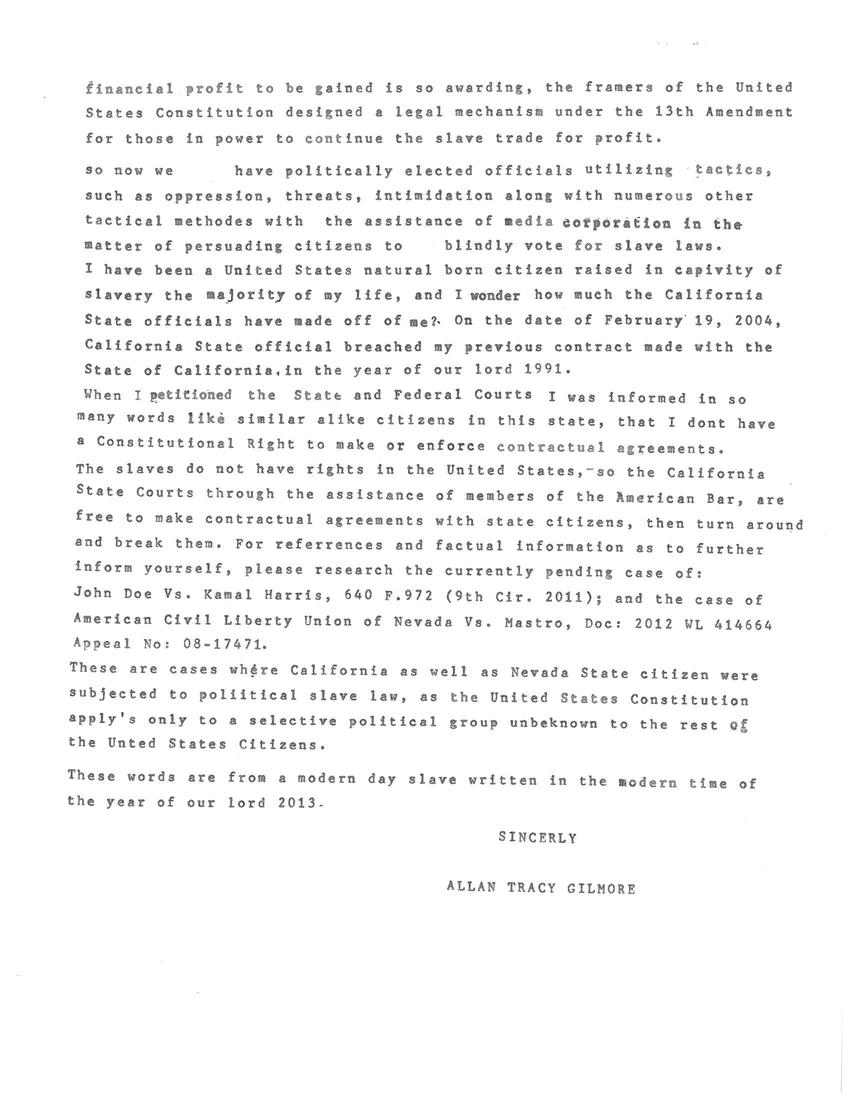 RE: URL blog information of the holocaust of slavery

Greeting and kind regards:
I wonder if the people in the world could imagine, just how the world would be, or for that matter could be if we dumped all of the weapons into the sea, that were in fact attributed to humankind's violent acts upon one another?
The world would probably be more peaceful, however, I guess we as a civilised race of humans of course would never in fact want to coexist in a state of social peace such as that.
I further wonder, why our society, or shall I say the individual people of our American society condone, or for that matter, turn a blind eye to politically motivated, organized, hightech institutionalized slavery for financial profit? which the American people outright knowingly exist in all territorial states thoughout the United States in America. I also as a natural born American citizen, wonder, why the United States Attorney General Eric Holder, Esq. has not filed federal charges against the following named past California State Attorney Generals: Pete Wilson; Grey Davis; Arnold Schwartzenegger and now currently elected Jerry Brown.
For conspiring and maintaining an ongoing conspiracy against the people of the state of California citizens and federal Government, by passing legislative state laws knowingly to be in direct violation of the United States Constitution and the people's rights afforded to them by way of the Constitution.
The holocaust of slavery is so ugly, that America don't even want its natural born citizens to even think about it anymore, however, the financial profit to be gained is so awarding, the framers of the United States Constitution designed a legal mechanism under the 13th Amendment for those in power to continue the slave trade for profit so we now have politically elected officials utilizing tactics, such as oppression, threats, intimidation along with numerous other tactical methodes [sic] with the assistance of media corporation in the matter of persuading citizens to blindly vote for slave laws. I have been a United States natural born citizen raised in captivity of slavery the majority of my life, and I wonder how much the California State officials have made off me? On the date of February 19, 2004, California State official breached my previous contract made with the State of California in the year of our Lord 1991.
When I petitioned the State and Federal Courts I was informed in so many words like similar alike citizens in this state, that I don't have a Constitutional Right to make or enforce contractual agreements. The slaves do not have rights in the United States, so the California State Courts through the assistance of members of the American Bar, are free to make contractual agreements with state citizens, then turn around and break them. For references and factual information as to further inform yourself, please research the currently pending case of: John Doe vs. Kamal Harris, 640 F.972 (9th Cir. 2011); and the case of American Civil Liberty Union of Nevada vs. Mastro, Doc: 2012 WL 414664 Appeal No: 08-17471.
These are cases where California as well as Nevada State citizens were subjected to political slave law, as the United States Constitution applies only to a selective political group unbeknown to the rest of the United States Citizens.
These words are from a modern day slave written in the modern time of the year of our Lord 2013.