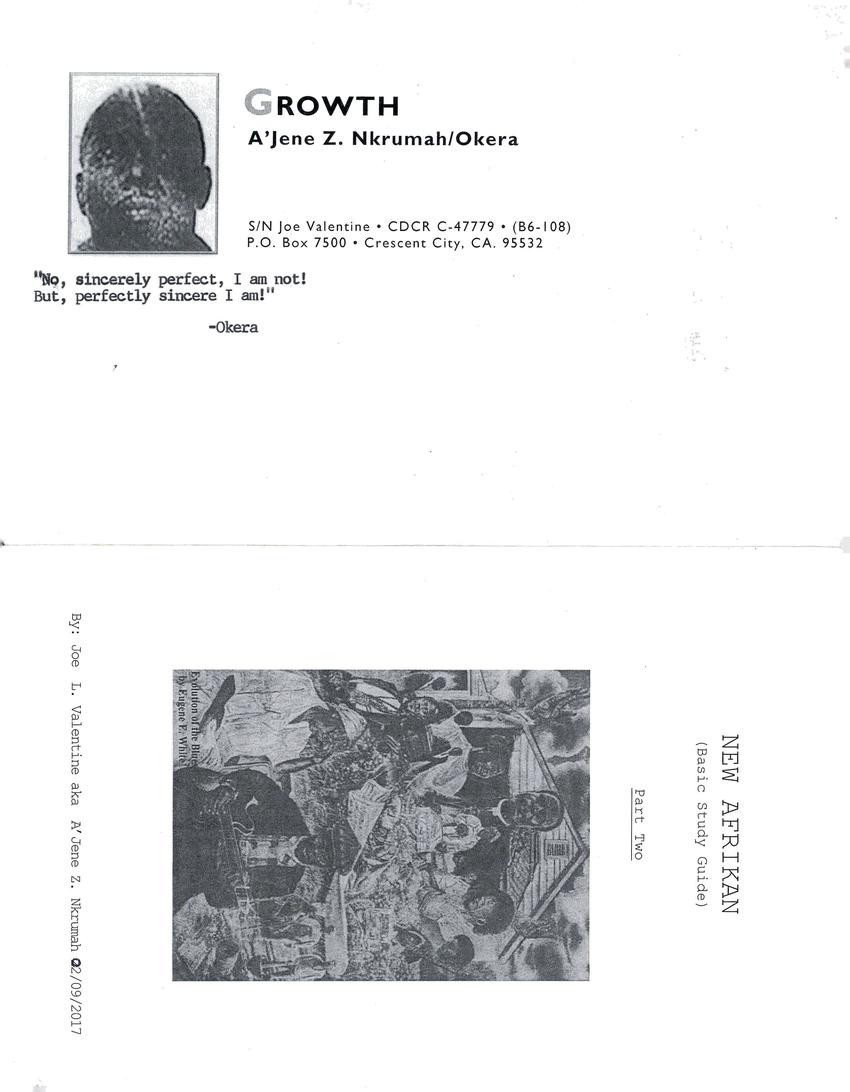 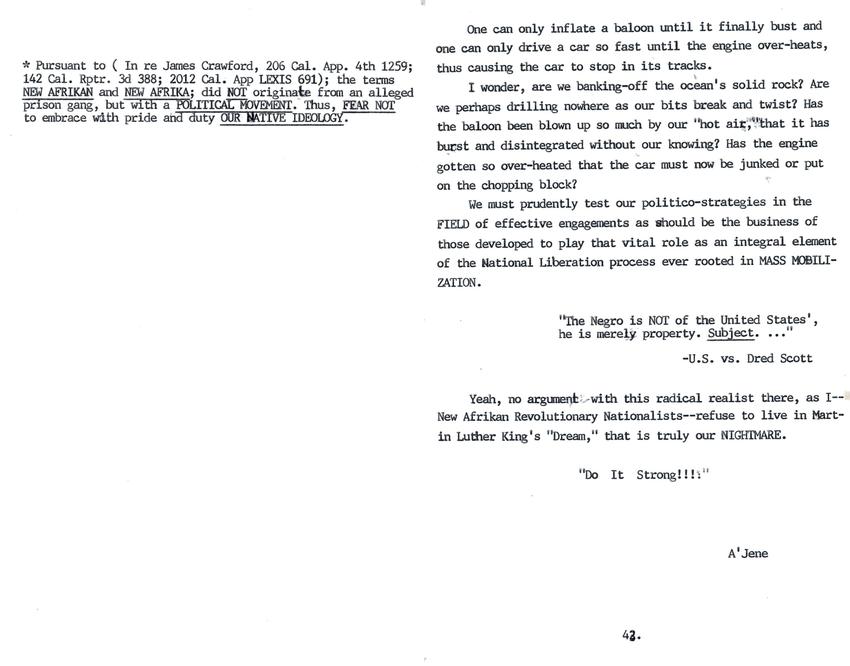 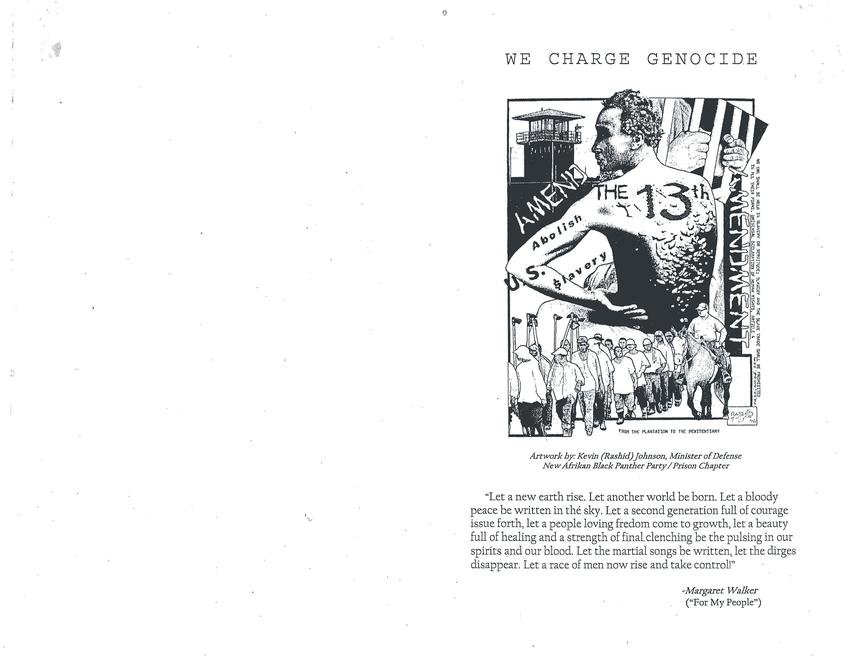 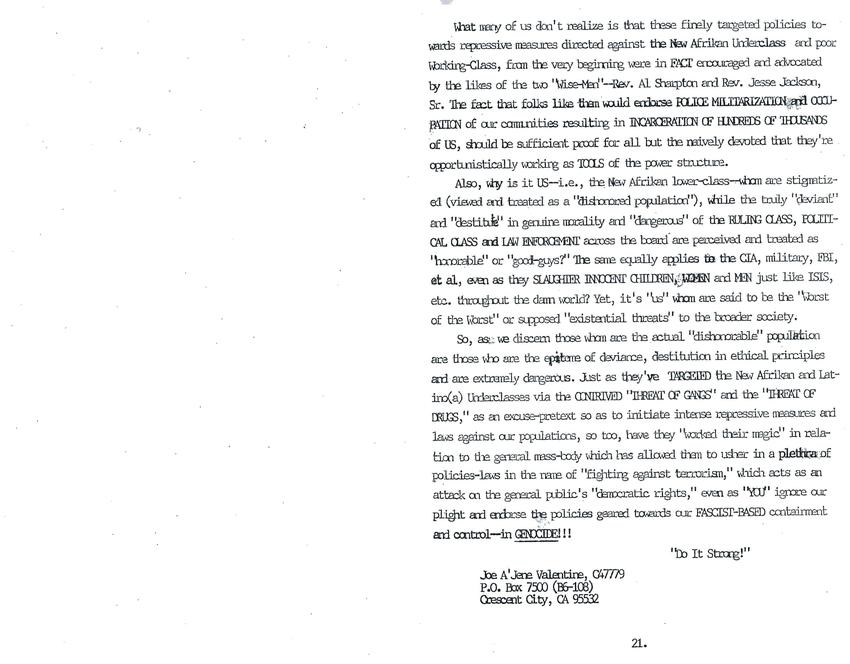 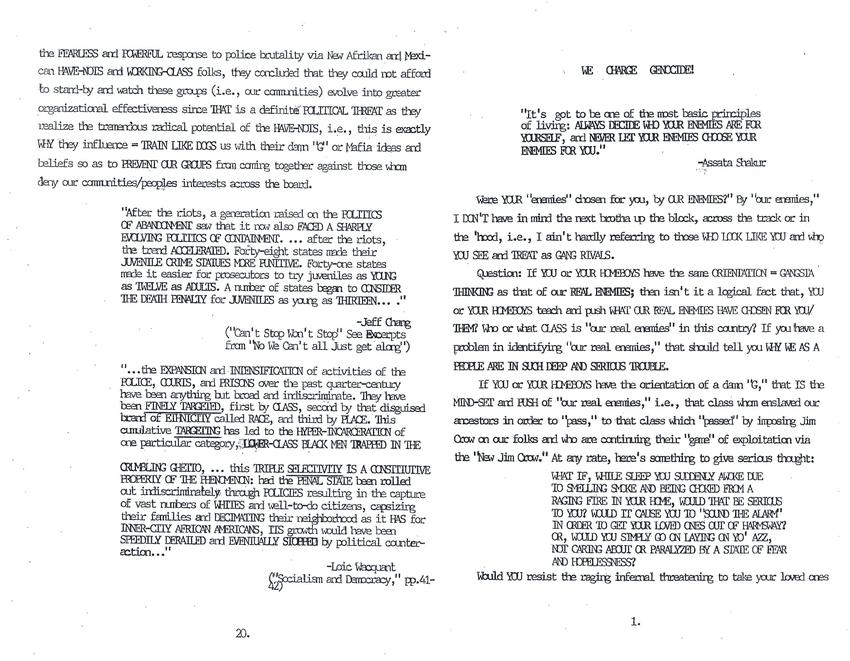 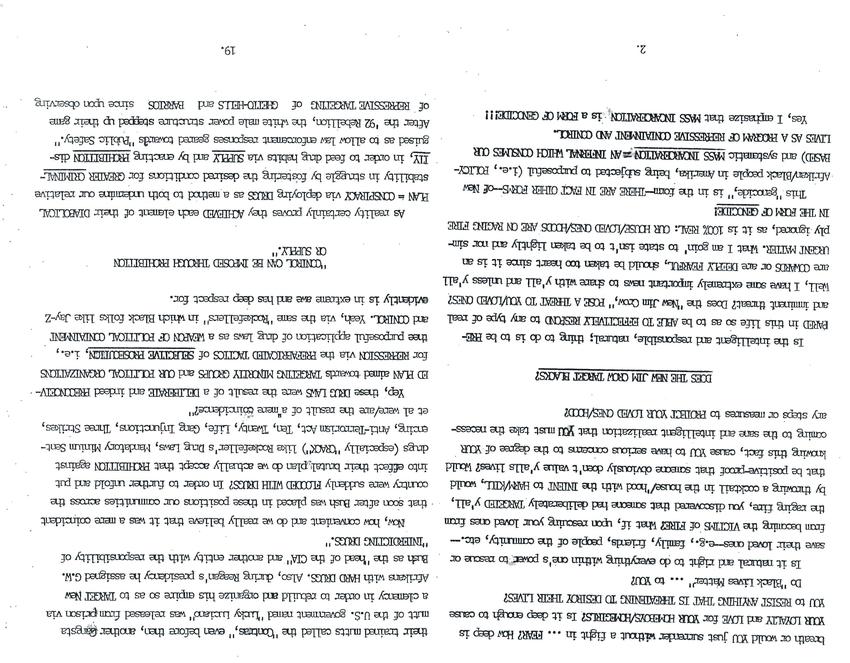 "No, sincerely perfect, I am not!
But, perfectly sincere I am!"
- Okera

One can only inflate a balloon until it finally bust and one can only drive a car so fast until the engine over-heats, thus causing the car to stop in its tracks.
I wonder, are we banking-off the ocean's solid rock? Are we perhaps drilling nowhere as our bits break and twist? Has the balloon been blown up so much by our "hot air," that it has burst and disintegrated without our knowing? Has the engine gotten so over-heated that the car must now be junked or put on the chopping block?
We must prudently test our politico-strategies in the FIELD of effective engagements as should be the business of those developed to play that vital role as an integral element of the National Liberation process ever rooted in MASS MOBILIZATION.

Yeah, no argument with this radical realist there, as I-- New Afrikan Revolutionary Nationalists--refuse to live in Martin Luther King's "Dream," that is truly our NIGHTMARE.

"Let a new earth rise. Let another world be born. Let a bloody peace be written in the sky. Let a second generation full of courage issue forth, let a people loving freedom come to growth, let a beauty full of healing and a strength of final clenching be the pulsing in our spirits and our blood. Let the martial songs be written, let the dirges disappear. Let a race of men now rise and take control!"

- Margaret Walker
("For My People")

What many of us don't realize is that these finely targeted policies towards repressive measures directed against the New Afrikan Underclass and poor Working-Class, from the very beginning were in FACT encouraged and advocated by the likes of the two "Wise-Men" --Rev. Al Sharpton and Rev. Jesse Jackson, Sr. The fact that folks like them would endorse POLICE MILITARIZATION and OCCUPATION of our communities resulting in INCARCERATIONE OF HUNDREDS OF THOUSANDS of US, should be sufficient proof for all but the naively devoted that they're opportunistically working as TOOLS of the power structure.
Also, why is it US--i.e., the New Afrikan lower-class -- whom are stigmatized (viewed and treated as a "dishonoured population"), while the truly "deviant" and "destitute" in genuine morality and "dangerous" of the RULING CLASS, POLITICAL CLASS and LAW ENFORCEMENT across the board are perceived and treated as "honourable" or "good-guys?" The same equally applies to the CIA, military, FBI, et al, even as they SLAUGHTER INNOCENT CHILDREN, WOMEN and MEN just like ISIS, etc. throughout the damn world? Yet, it's "us" whom are said to be the "Worst of the Worst" or supposed "existential threats" to the broader society.
So, as we discern those whom are the actual "dishonourable" population are those who are the epitome of deviance, destitution in ethical principles and are extremely dangerous. Just as they've TARGETED the New Afrikan and Latino(a) Underclasses via the CONTRIVED "THREAT OF GANGS" and the "THREAT OF DRUGS," as an excuse-pretext so as to initiate intense repressive measures and laws against our populations, so too, have they "worked their magic" in relation to the general mass-body which has allowed them to usher in a plethora of policies-laws in the name of "fighting against terrorism," which acts as an attack on the general public's "democratic rights," even as "YOU" ignore our plight and endorse the policies geared towards our FASCIST-BASED containment and control -- in GENOCIDE!!!