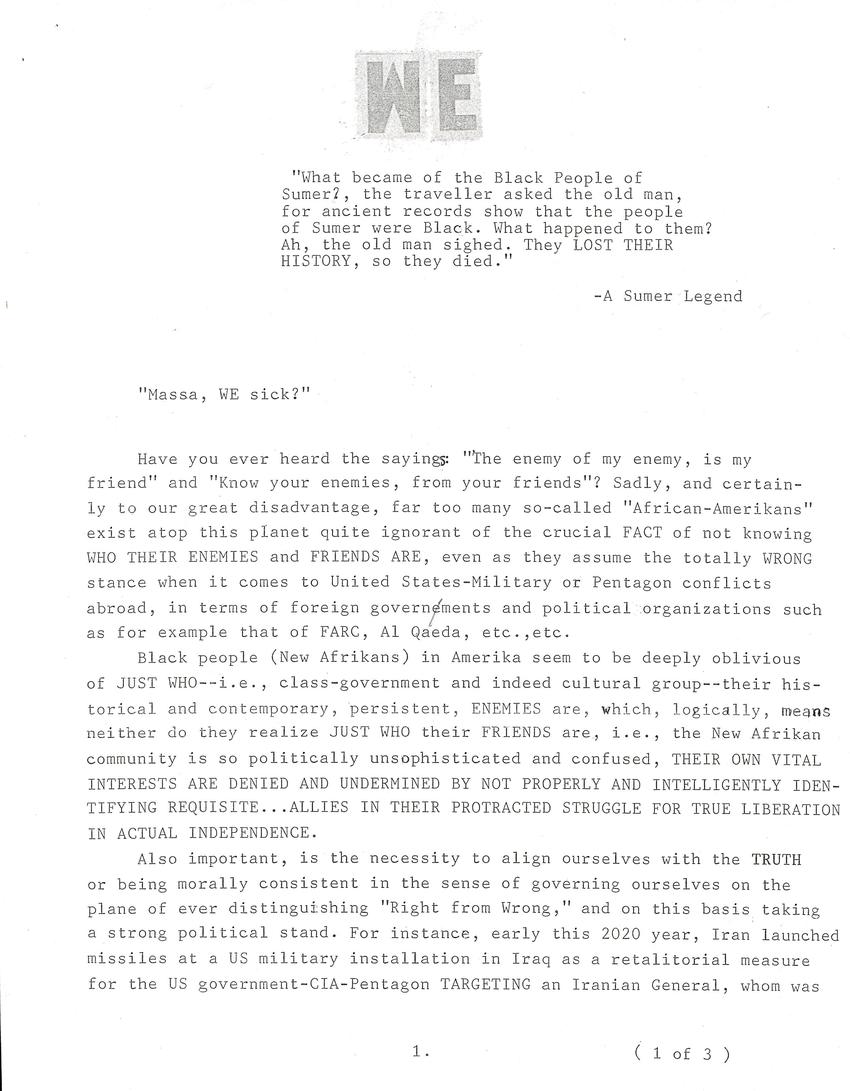 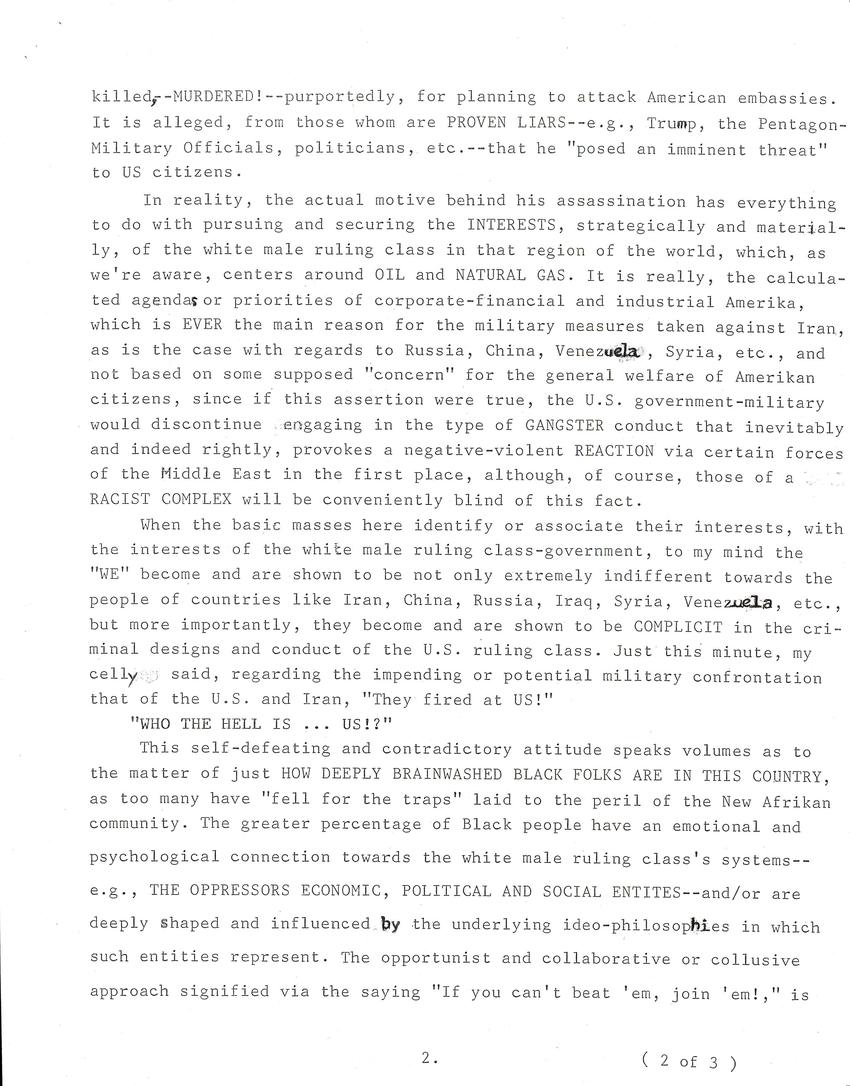 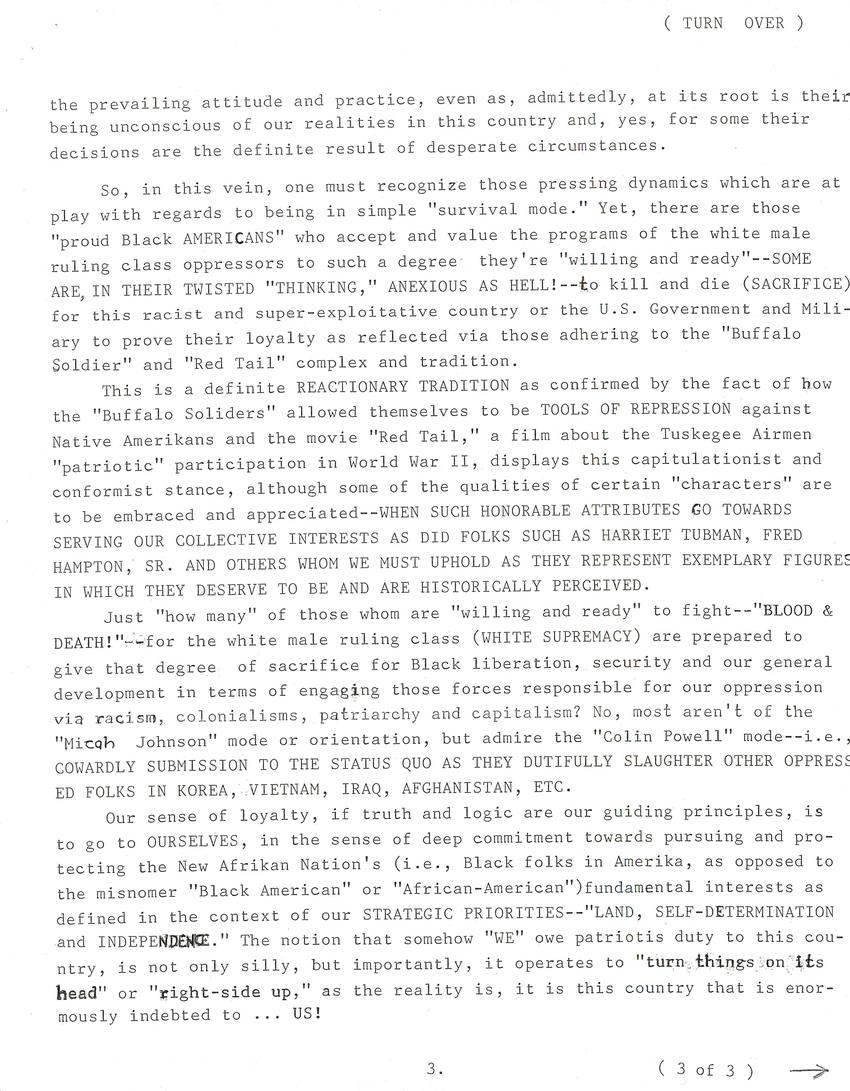 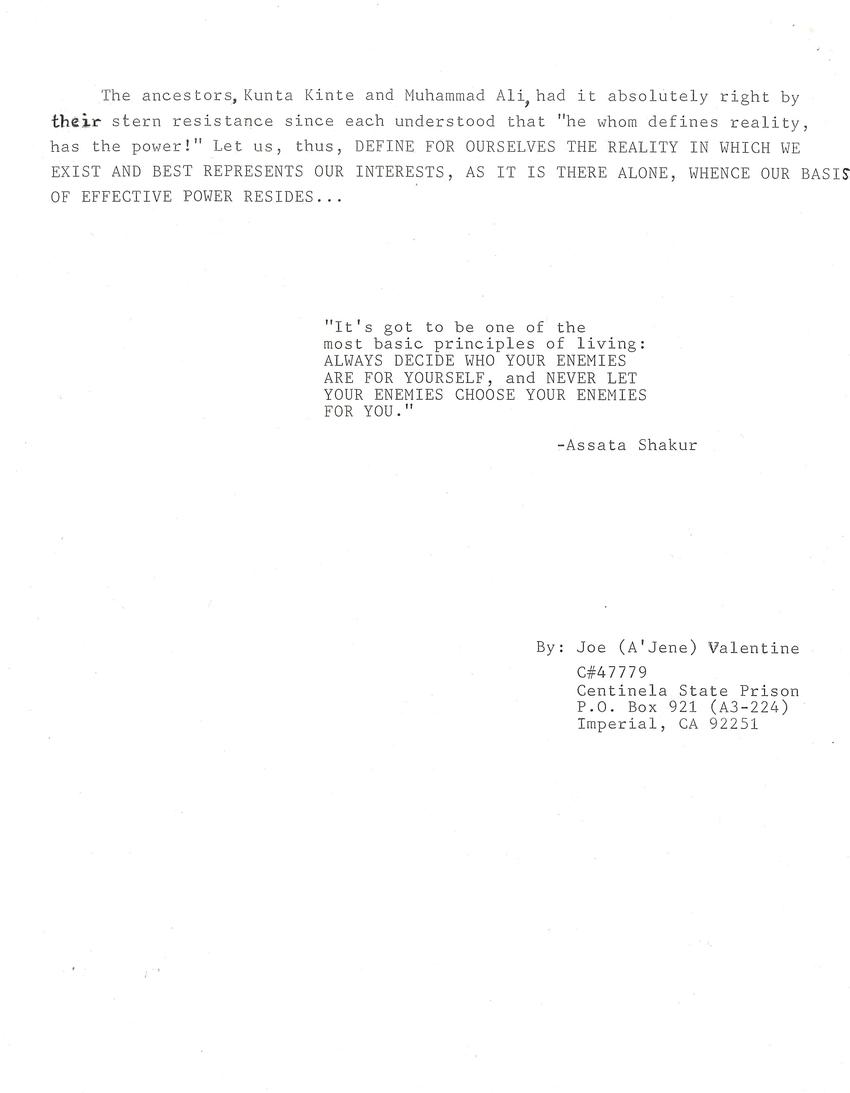 "What became of the Black People of Sumer? the traveller asked the old man, for ancient records show that the people of Sumer were Black. What happened to them? Ah, the old man sighed. They LOST THEIR HISTORY so they died."
-A Sumer Legend

The ancestors, Kunta Kinte and Muhammad Ali, had it absolutely right by their stern resistance since each understood that "he whom defines reality, has the power!" Let us, thus, DEFINE FOR OURSELVES THE REALITY IN WHICH WE EXIST AND BEST REPRESENTS OUR INTERESTS, AS IT THERE ALONE, WHENCE OUR BASIS OF EFFECTIVE POWER RESIDES...

"It's got to be to be one of the most basic principles of living: ALWAYS DECIDE WHO YOUR ENEMIES ARE FOR YOURSELF, and NEVER LET YOUR ENEMIES CHOOSE YOUR ENEMIES FOR YOU."
-Assata Shakur