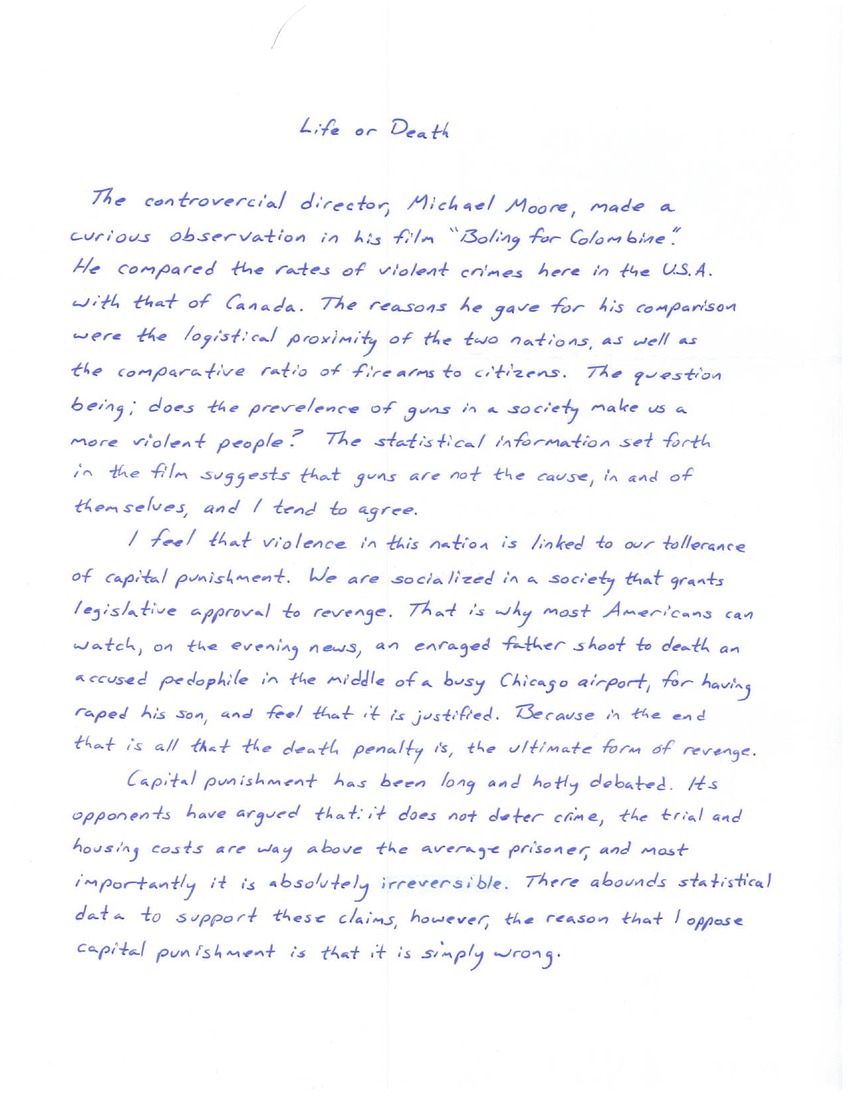 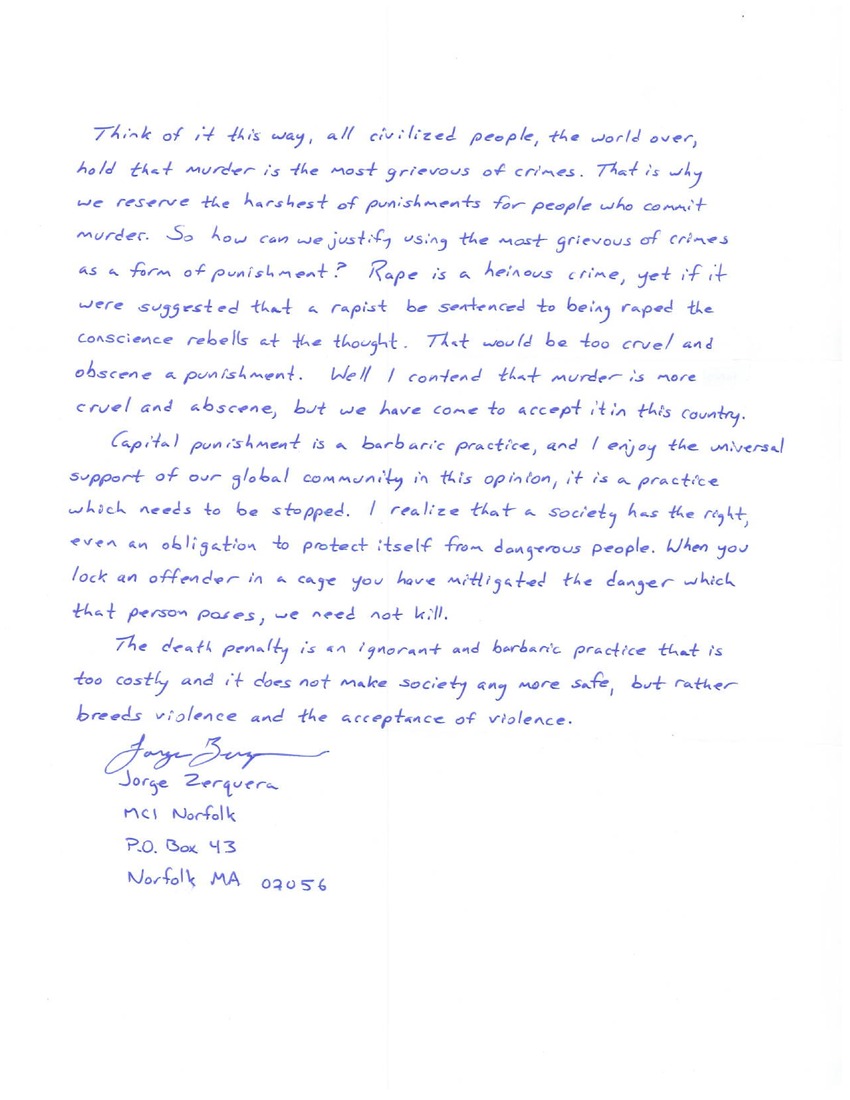 The controversial director, Michael Moore, made a curious observation in his film "Bowling for Columbine". He compared the rate of violent crimes here in the U.S.A. with that of Canada. The reasons he gave for his comparison were the logistical proximity of the two nations, as well as the comparative ratio of firearms to citizens. The question being: does the prevalence of guns in a society make us a more violent people? The statistical information set forth in the film suggests that guns are not the cause, in and of themselves, and I tend to agree.

I feel that violence in this nation is linked to our tolerance of capital punishment. We are socialized in a society that grants legislative approval to revenge. That is why most Americans can watch, on the evening news, an enraged father shoot to death an accused paedophile in the middle of a busy Chicago airport, for having raped his son, and feel that it is justified. Because in the end that is all that the death penalty is, the ultimate form of revenge.

Capital punishment has been long and hotly debated. Its opponents have argued that: it does not deter crime, the trial and housing costs are way above the average prisoner, and most importantly it is absolutely irreversible. There abounds statistical data to support these claims, however, the reason that I oppose capital punishment is that it is simply wrong.

Think of it this way, all civilized people, the world over, hold that murder is the most grievous of crimes. That is why we reserve the harshest punishments for people who commit murder. So how can we justify using the most grievous of crimes as a form of punishment? Rape is a heinous crime, yet if it were suggested that a rapist be sentenced to being raped the conscience rebels at the thought. That would be too cruel and obscene a punishment. Well I contend that murder is more cruel and obscene, but we have come to accept it in this country.

Capital punishment is a barbaric practice, and I enjoy the universal support of our global community in this opinion, it is a practice that needs to be stopped. I realize that a society has the right, even an obligation to protect itself from dangerous people. When you lock an offender in a cage you have mitigated the danger which that person poses, we need not kill.

The death penalty is an ignorant and barbaric practice that is too costly and it does not make society any more safe, but rather breeds violence and the acceptance of violence.

Very well written! I agree with your thoughts on this one, and it's made me think about the issue a lot. I was actually just discussing whether capital punishment was justified this evening, so it was lucky I read this post. =)

Please write more, I'd be interested to hear your thoughts on other matters as well!
Thanks for writing! I finished the transcription for your post.