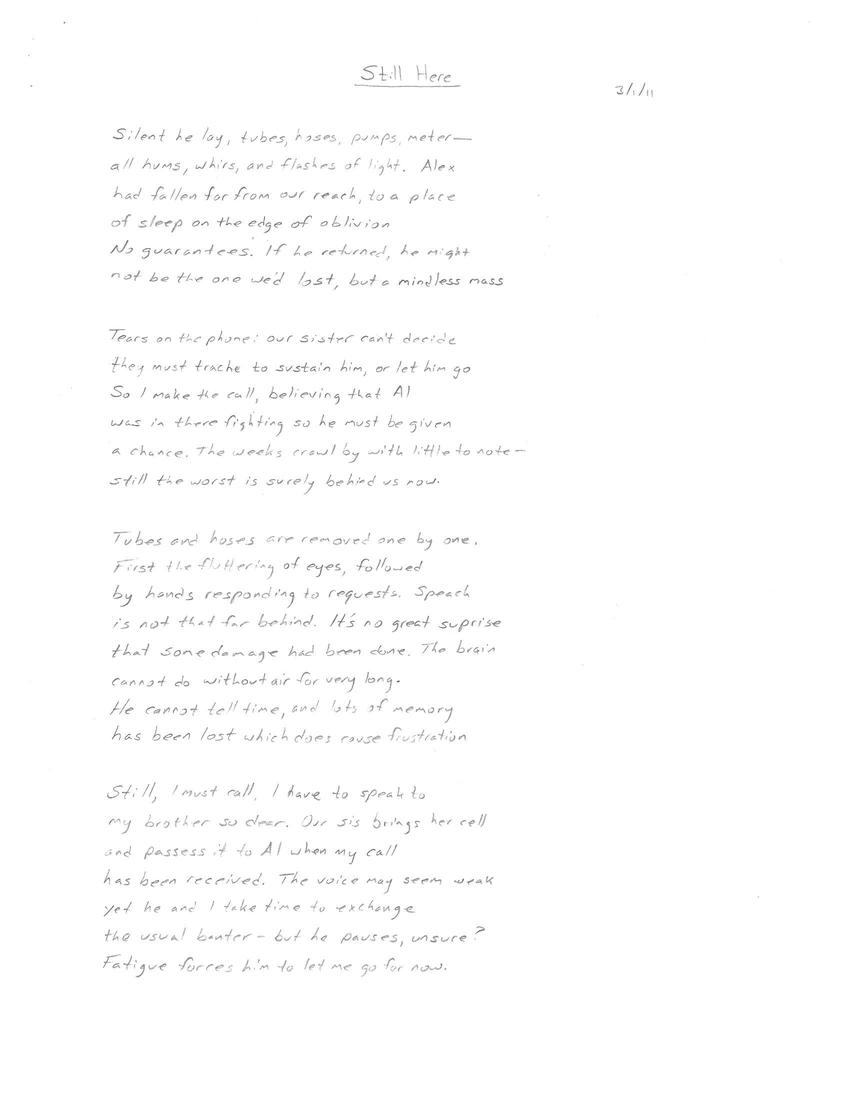 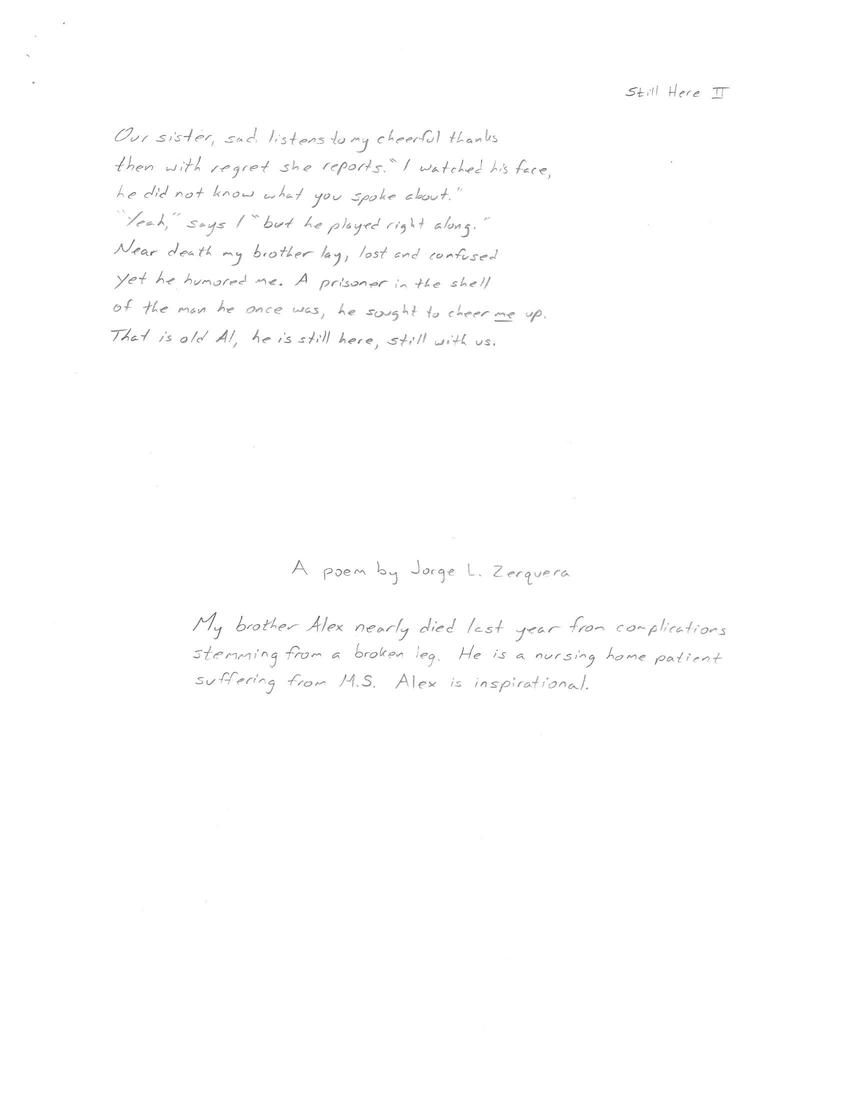 Silent he lay, tubes, hoses, pumps, meter—
all hums, whirs, and flashes of light. Alex
had fallen far from our reach, to a place
of sleep on the edge of oblivion
No guarantees. If he returned, he might
not be the one we'd lost, but a mindless mass

Tears on the phone: our sister can't decide
they must trache to sustain him or let him go
So I make the call, believing that Al
was in there fighting so he must be given
a chance. The weeks crawl by with little to note—
still the worst is surely behind us now.

Tubes and hoses are removed one by one.
First the fluttering of eyes, followed
by hands responding to requests. Speech
is not that far behind. It's not great surprise
that some damage had been done. The brain
cannot do without air for very long.
He cannot tell time, and lots of memory
has been lost which does cause frustration

Still, I must call, I have to speak to
my brother so dear. For sis brings her cell
and passes it to Al when my call
has been received. The voice may seem weak
yet he and I take time to exchange
the usual banter—but he pauses, unsure?
Fatigue forces him to let me go for now.

Our sister, sad, listens to my cheerful thanks
then with regret she reports. "I watched his face;
he did not know what you spoke about."
"Yeah", says I, "but he played right along."
Near death, my brother lay, lost and confused
Yet he humored me. A prisoner in the shell
of the man he once was, he sought to cheer me up.
That is old Al. He is still here, still with us.

A poem by Jorge L. Zerquera

My brother Alex nearly died last year from complications stemming from a broken leg. He is a nursing home patient suffering from MS. Alex is inspirational.