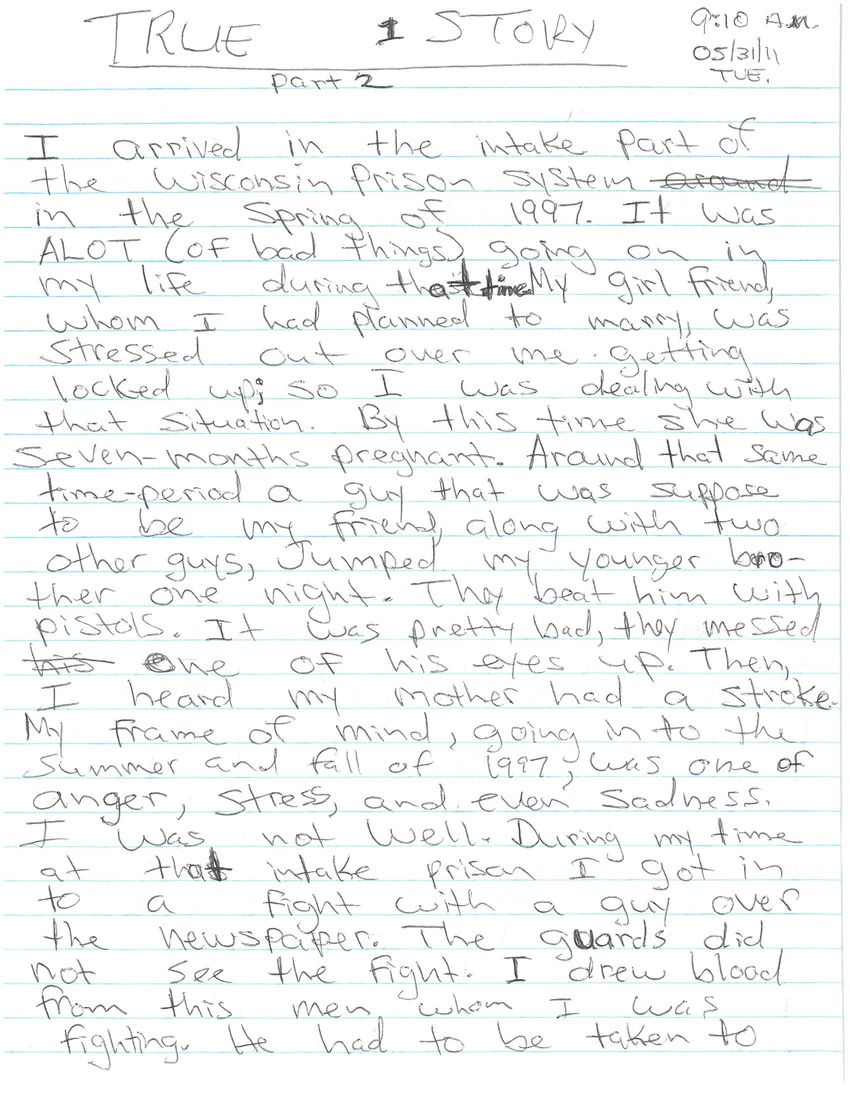 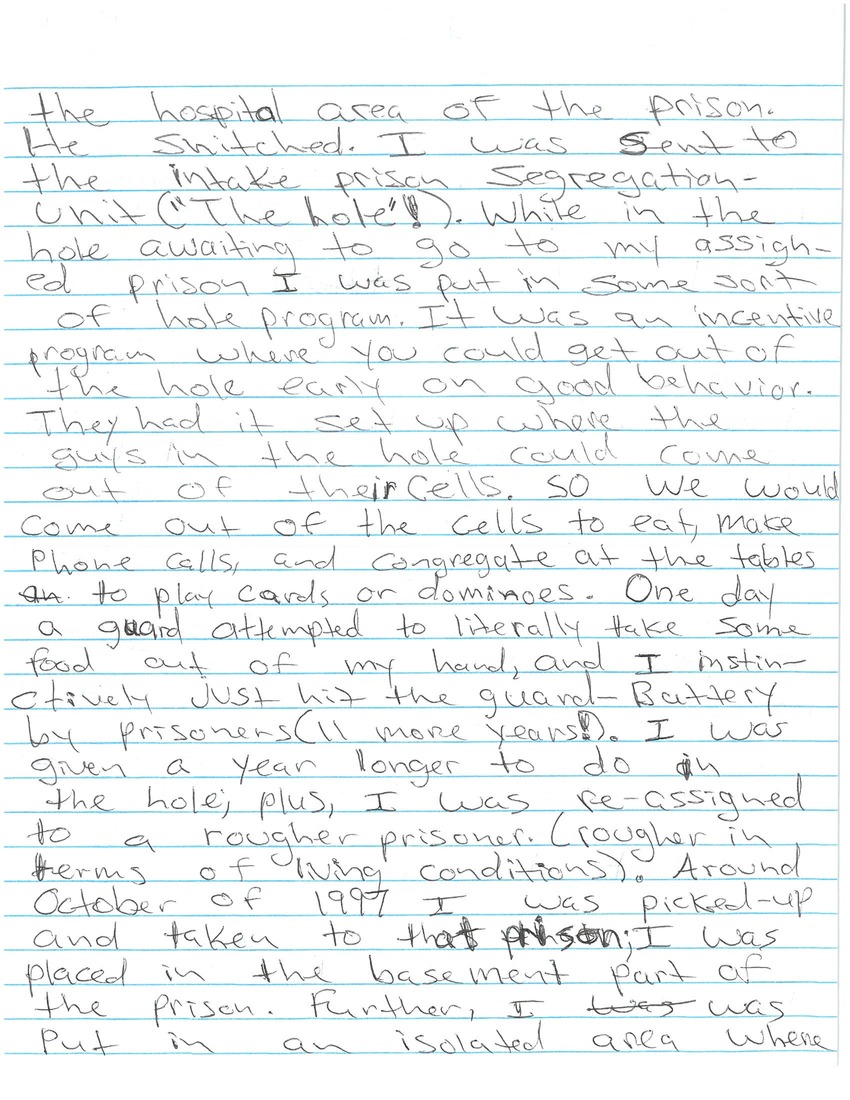 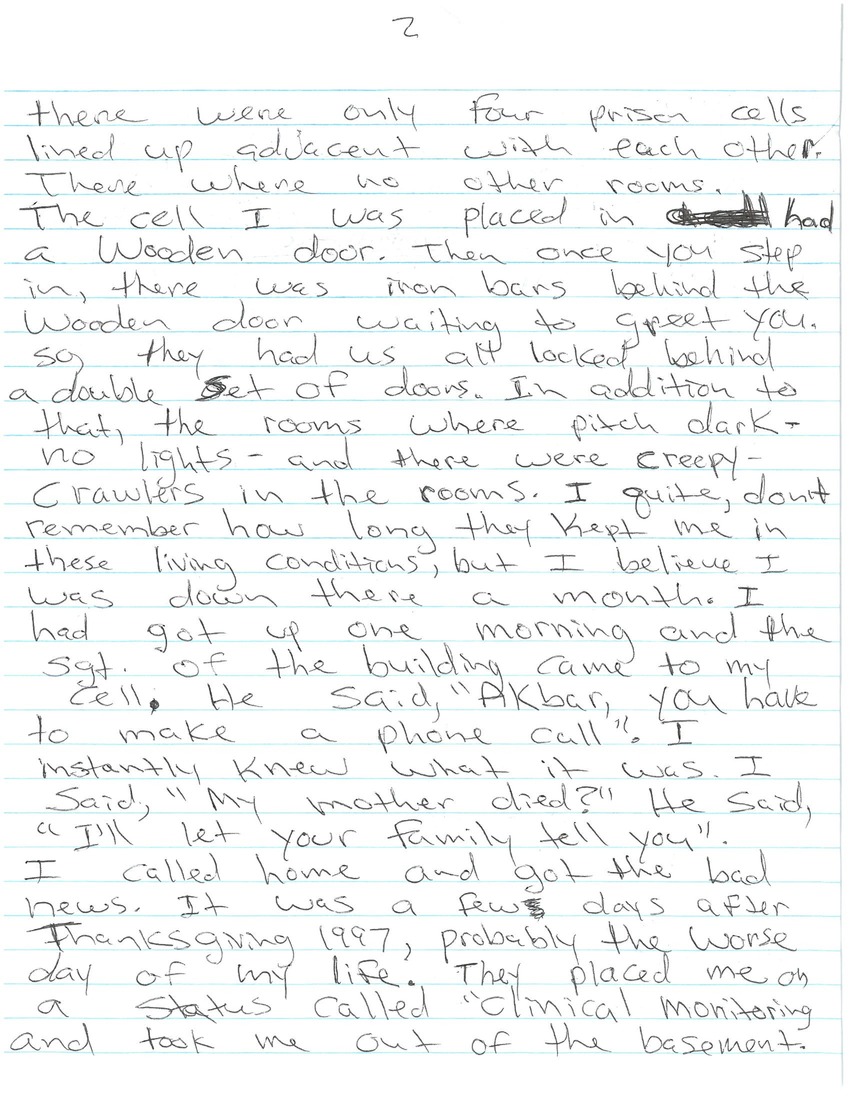 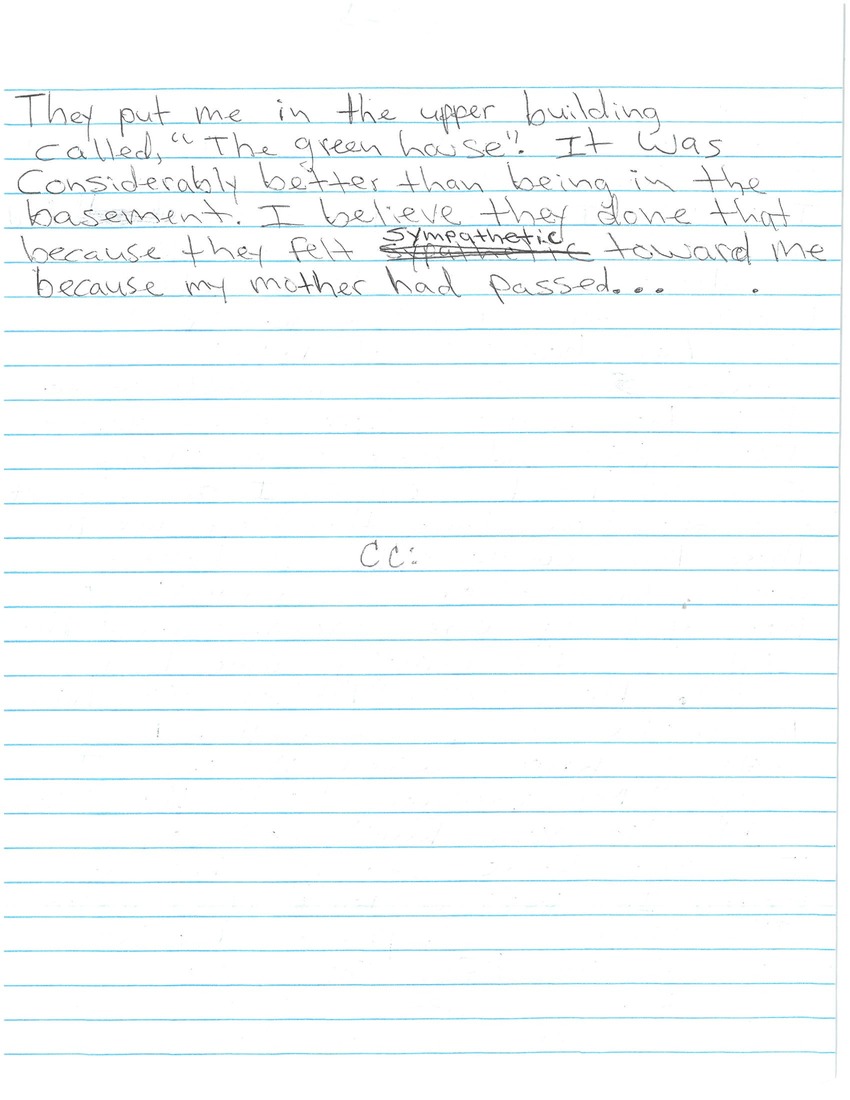 I arrived in the intake part of the Wisconsin Prison System in the spring of 1997. It was ALOT (of bad things) going on in my life during that time. My girl friend, whom I had planned to marry, was stressed out over me getting locked up; so I was dealing with this situation. By this time she was seven-months pregnant. Around that same time-period a guy that was supposed to be my friend, along with two other guys, jumped my younger brother one night. They beat him with pistols. It was pretty bad, they messed one of his eyes up. Then, I heard my mother had a stroke. My frame of mind, going into the summer and fall of 1997, was one of anger, stress, and even sadness. I was not well. During my time at that intake prison I got in to a fight with a guy over the newspaper. The guards did not see the fight. I drew blood from this men whom I was fighting. He had to be taken to the hospital area of the prison. He snitched. I was sent to the intake prison segregation unit ("The hole"!) While in the hole waiting to go to my assigned prison I was put in some sort of hole program. It was an incentive program where you could get out of the hole early on good behaviour. They had it set up where the guys in the hole could come out of their cells. So we would come out of the cells to eat, make phone calls, and congregate at the tables to play cards or dominoes. One day a guard attempted to literally take some food out of my hand, and I instinctively just hit the guard - battery by prisoners (11 more years!). I was given a year longer to do in the hole; plus, I was re-assigned to a rougher prison. (rougher in terms of living conditions). Around October of 1997 I was picked-up and taken to that prison; I was placed in the basement part of the prison. Further, I was put in an isolated area where there were only four prison cells lined up adjacent with each other. There were no other rooms. The cell I was placed in had a wooden door. Then once you step in, there was iron bars behind the wooden door waiting to greet you. So, they had us all locked behind a double set of doors. In addition to that, the rooms were pitch dark - no lights - and there were creepy-crawlers in the rooms. I quite, don't remember how long they kept me in these living conditions, but I believe I was down there a month. I had got up one morning and the Sgt. of the building came to my cell. He said, "Akbar, you have to make a phone call". I instantly knew what it was. I said, "My mother died?" He said, "I'll let your family tell you". I called home and got the bad news. It was a few days after Thanksgiving 1997, probably the worse day of my life. They placed me on a status called "clinical monitoring" and took me out of the basement. They put me in the upper building called, "The green house". It was considerably better than being in the basement. I believe they done that because they felt sympathetic toward me because my mother passed...