History Of The Teachings 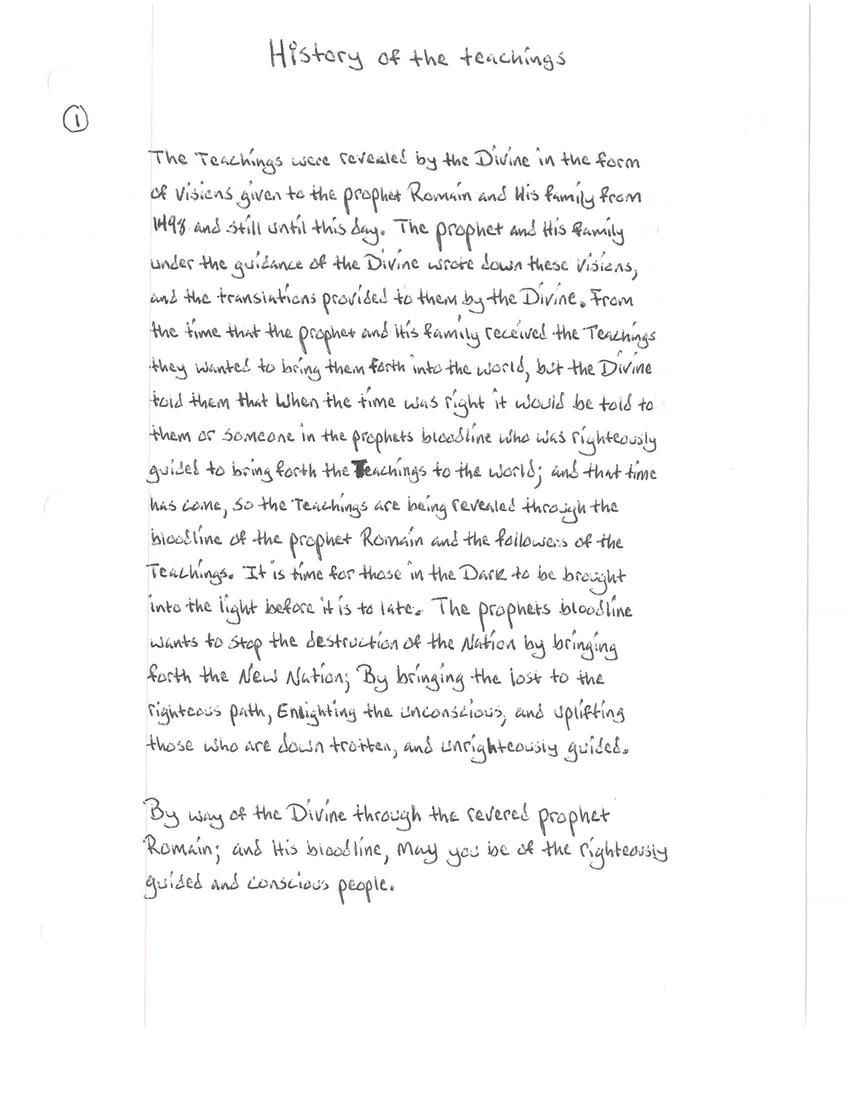 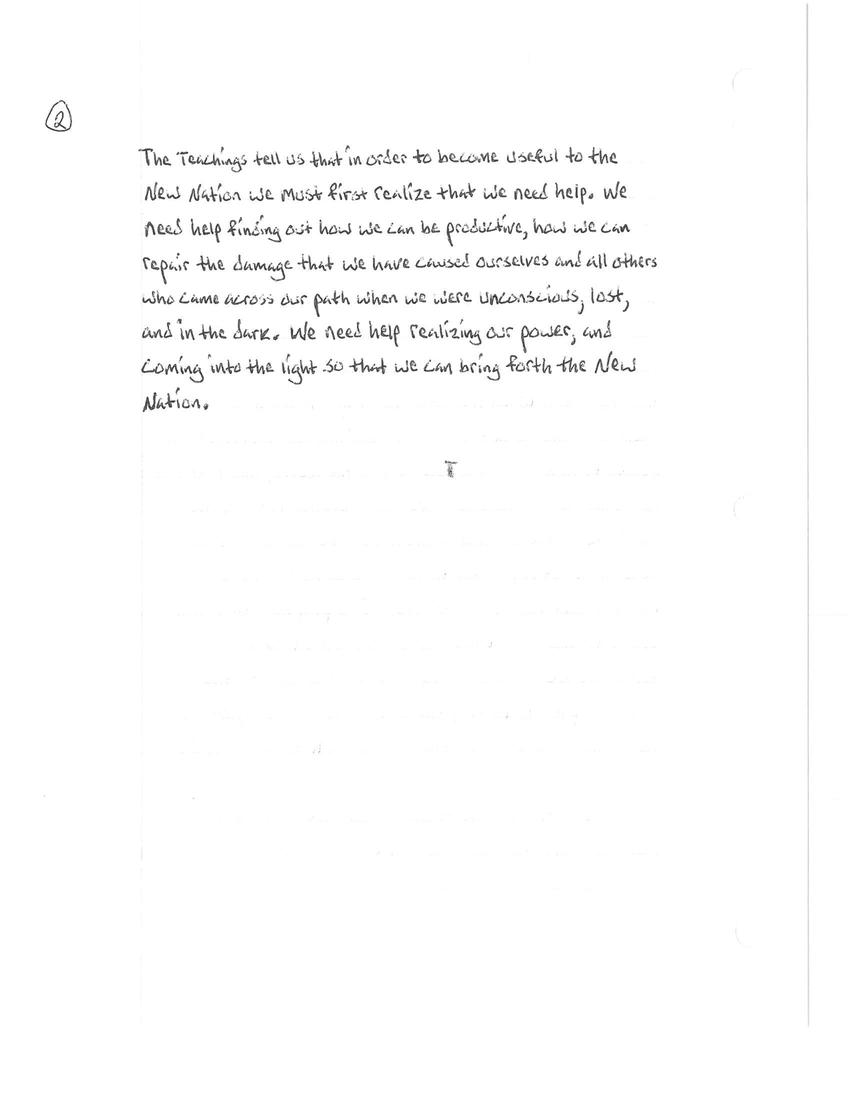 History of the Teachings

The Teachings were revealed by the Divine in the form of visions given to the prophet Romain and His family from 1498 and still until this day. The prophet and his family under the guidance of the Divine wrote down these visions, and the translations provided to them by the Divine. From the time that the prophet and His family received the Teachings, they wanted to bring them forth into the world. But the Divine told them that when the time was right, it would be told to them or someone in the prophet's bloodline who was righteously guided to bring forth the Teachings to the world. And that time has come, so the Teachings are being revealed through the bloodline of the prophet Romain and the followers of the Teachings. It is time for those in the Dark to be brought into the light before it is too late. The prophet's bloodline wants to stop the destruction of the nation by bringing forth the New Nation; by bringing the lost to the righteous path, enlightening the unconscious, and uplifting those who are downtrodden and unrighteously guided.

By way of the Divine through the revered prophet Romain and His bloodline, may you be righteously guided and conscious people.

The Teachings tell us that in order to become useful to the new nation, we must first realize that we need help. We need help finding out how we can be productive, how we can repair the damage that we have caused ourselves and all others who came across our path when we were unconscious, lost, and in the dark. We need help realizing our power, and coming into the light so that we can bring forth the new nation.