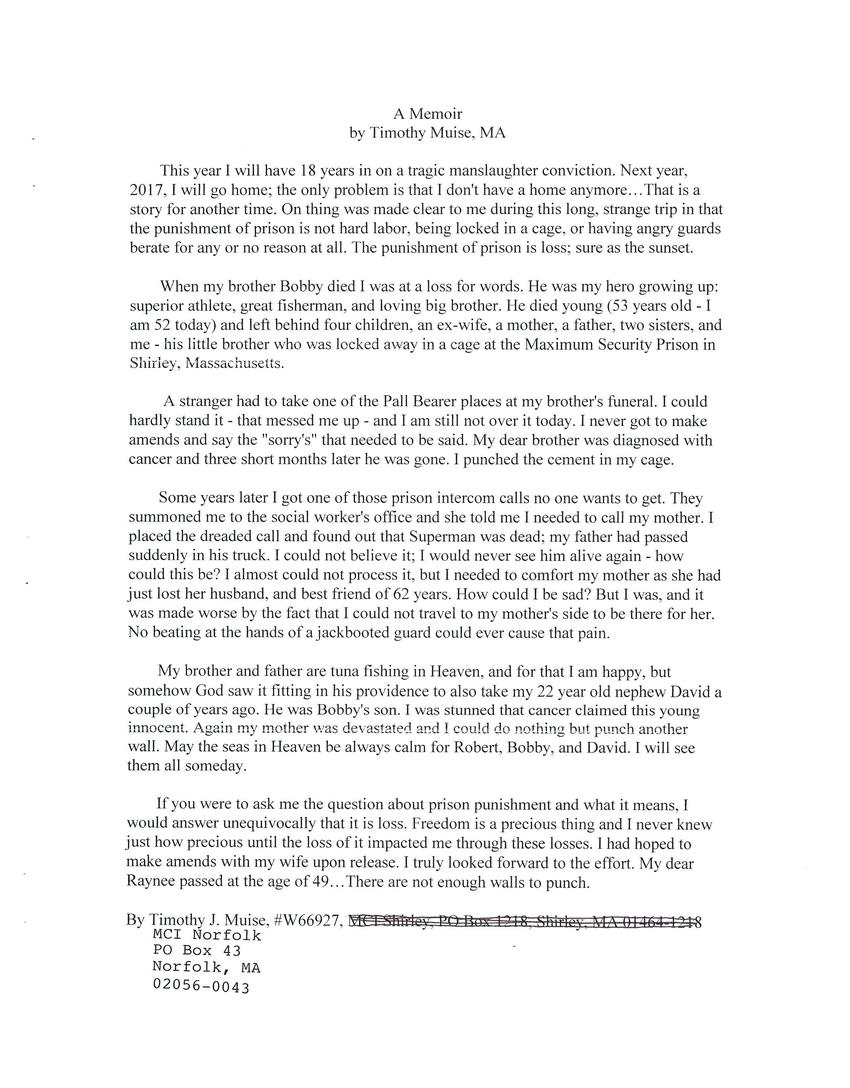 A Memoir
by Timothy Muise, MA

This year I will have 18 years in on a tragic manslaughter conviction. Next year, 2017, I will go home; the only problem is that I don't have a home anymore. That is a story for another time. One thing was made clear to me during this long, strange trip in that the punishment of prison is not hard labor, being locked in a cage, or having angry guards berate for any or no reason at all. The punishment of prison is loss, sure as the sunset.

When my brother Bobby died, I was at a loss for words. He was my hero growing up: superior athlete, great fisherman, and loving big brother. He died young (53 years—I am 52 today) and left behind four children, an ex-wife, a mother, a father, two sisters, and me—his little brother who was locked away in a cage at the Maximum Security Prison in Shirley, Massachusetts.

A stranger had to take one of the pall bearer places at my brother's funeral. I could hardly stand it—that messed me up—and I am still not over it today. I never got to make amends and say the "sorry"s that needed to be said. My dear brother was diagnosed with cancer and three short months later, he was gone. I punched the cement in my cage.

Some years later, I got one of those prison intercom calls no one wants to get. They summoned me to the social worker's office and she told me I needed to call my mother. I placed the dreaded call and found out that Superman was dead; my father had passed suddenly in his truck. I could not believe it; I would never see him alive again—how could this be? I almost could not process it, but I needed to comfort my mother as she had just lost her husband and best friend of 62 years. How could I be sad? But I was, and it was made worse by the fact that I could not travel to my mother's side to be there for her. No beating at the hands of a jackbooted guard could ever cause that pain.

My brother and father are tuna fishing in Heaven, and for that I am happy, but somewhere God saw it fitting in His providence to also take my 22-year old nephew David a couple of years go. He was Bobby's son. I was stunned that cancer claimed this young innocent. Again, my mother was devastated and I could do nothing but punch another wall. May the seas in Heaven be always calm for Robert, Bobby, and David. I will see them all someday.

If you were to ask me the question about prison punishment and what it means, I would answer unequivocally that it is loss. Freedom is a precious thing and I never knew just how precious until the loss of it impacted me through these losses. I had hoped to make amends with my wife upon release. I truly looked forward to the effort. My dear Raynee passed at the age of 49... There are not enough walls to punch. 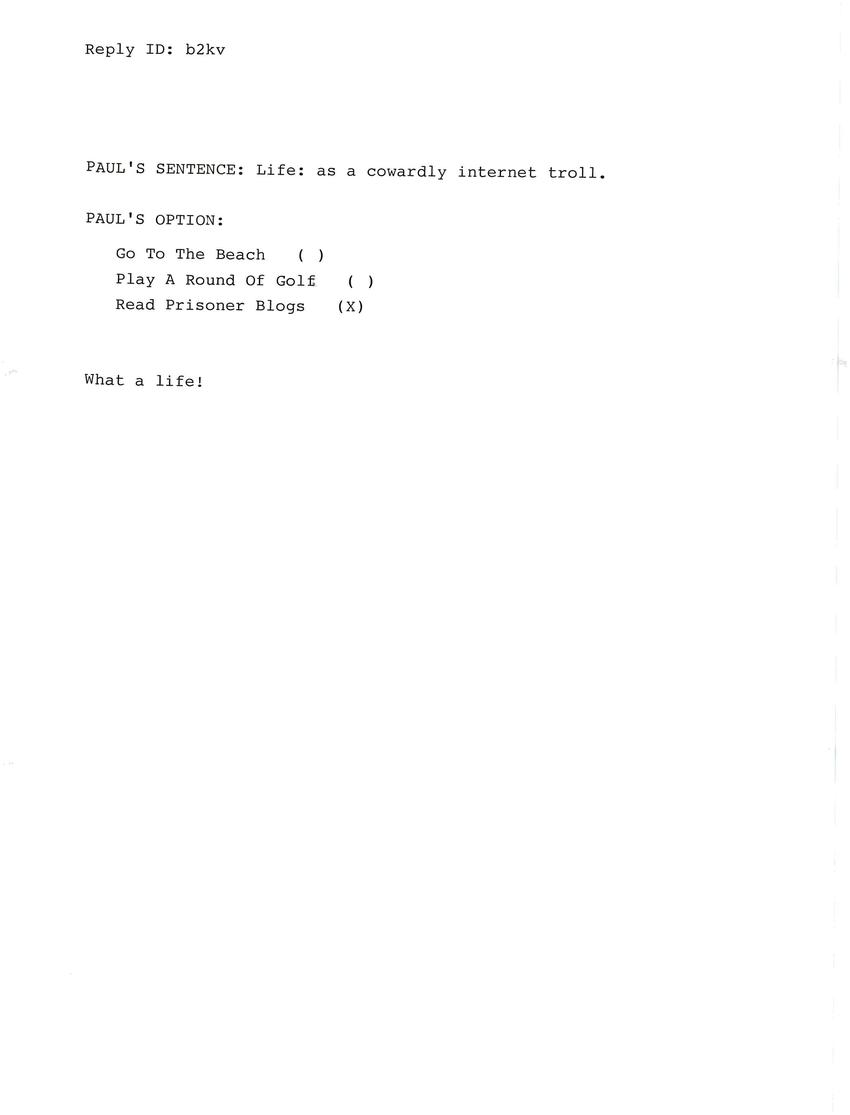 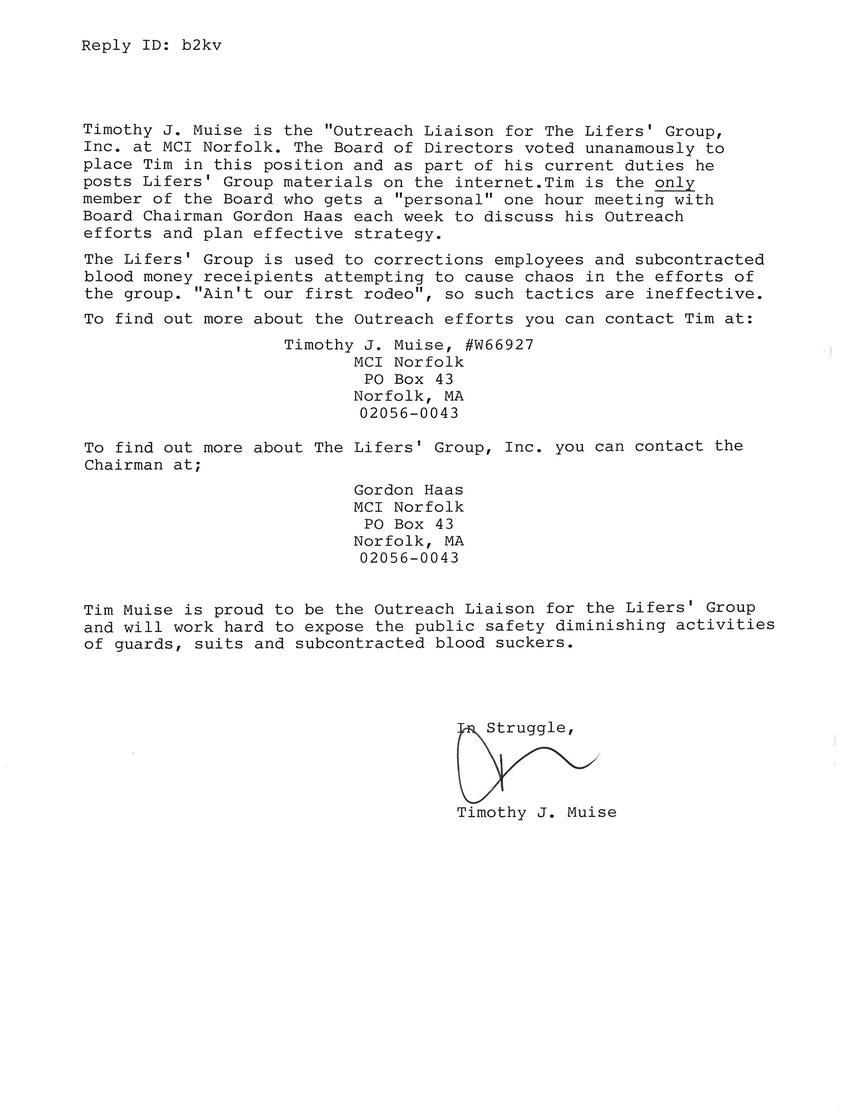 A reminder to everyone in this conversation that we don't allow personal attacks. Please try to keep your remarks civil, and comment on the ideas presented by others rather than attacking the people presenting those ideas.

Future comments from anyone on this thread that attack individuals rather than ideas or actions will be removed.