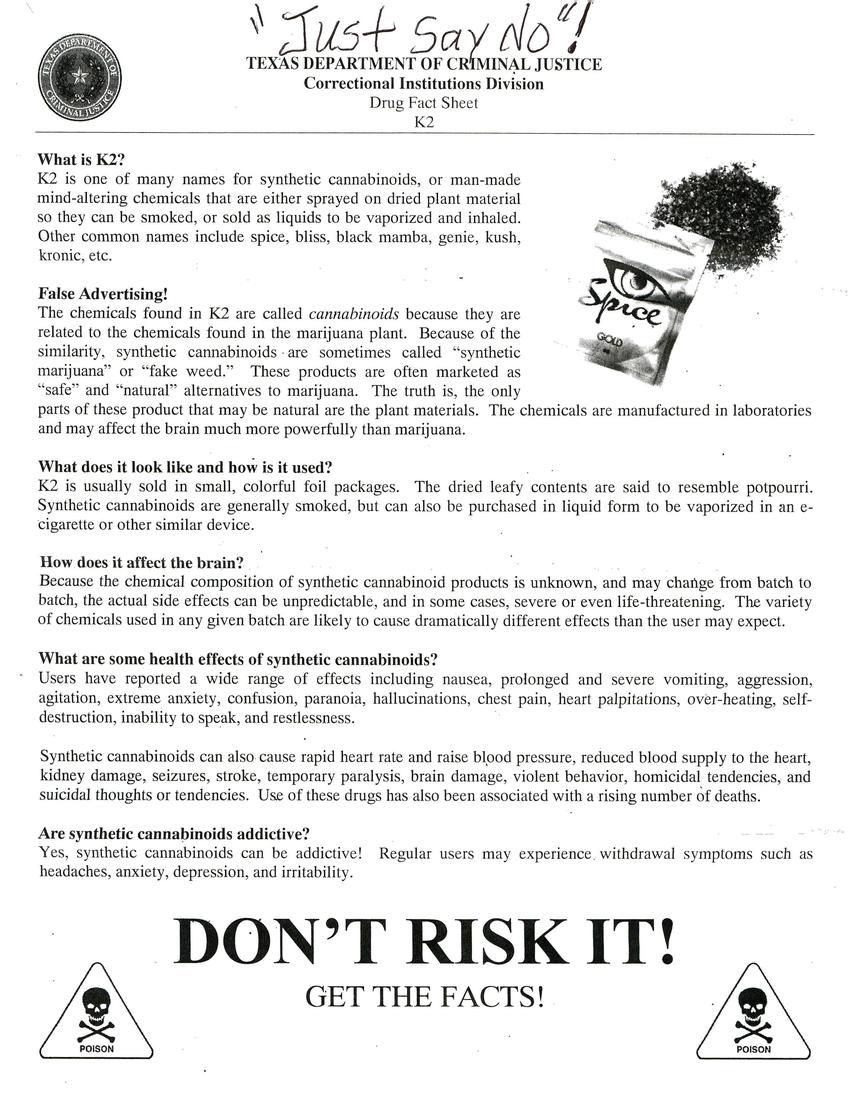 What is K2?
K2 is on of many names for synthetic cannabinoids, or man-made mind-altering chemicals that are either sprayed on dried plant material so they can be smoked, or sold as liquids to be vaporized and inhaled. Other common names include spice, bliss, black mamba, genie, kush, kronic, etc.

False Advertising!
The chemicals found in K2 are called cannabinoids because they are related to the chemicals found in the marijuana plant. Because of the similarity, synthetic cannabinoids are sometimes called "synthetic marijuana" or "fake weed." These products are often marketed as "safe" and "natural" alternatives to marijuana. The truth is, the only parts of these product that may be natural are the plant materials. The chemicals are manufactured in laboratories and may affect the brain much more powerfully than marijuana.

What does it look like and how is it used?
K2 is usually sold in small, colourful foil packages. The dried leafy contents are said to resemble potpourri. Synthetic cannabinoids are generally smoked, but can also be purchased in liquid form to be vaporized in an e-cigarette or other device.

How does it affect the brain?
Because the chemical composition of synthetic cannabinoid products is unknown, and may change from batch to batch, the actual side effects can be unpredictable, and in some cases, severe or even life-threatening. The variety of chemicals used in any given batch are likely to cause dramatically different effects than the user may expect.

Synthetic cannabinoids can also cause rapid heart rate and raise blood pressure, reduced blood supply to the heart, kidney damage, seizures, stroke, temporary paralysis, brain damage, violent behaviour, homicidal tendencies, and suicidal thoughts or tendencies. Use of these drugs has also been associated with a rising number of deaths.

DON'T RISK IT!
GET THE FACTS!

Thanks for writing! I finished the transcription for your post.
(scanned reply – view as blog post)
uploaded Aug. 13, 2017.  Original (PDF) 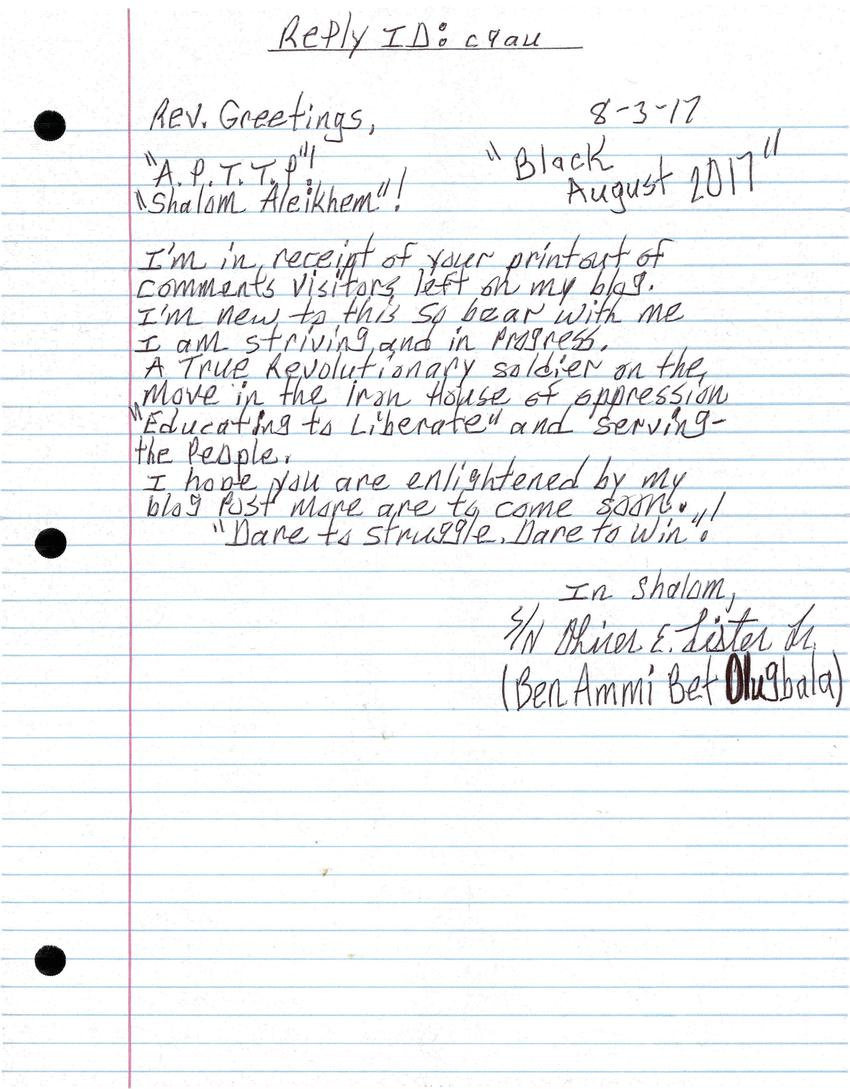