Missiles Into Syria - Another Empty Gesture 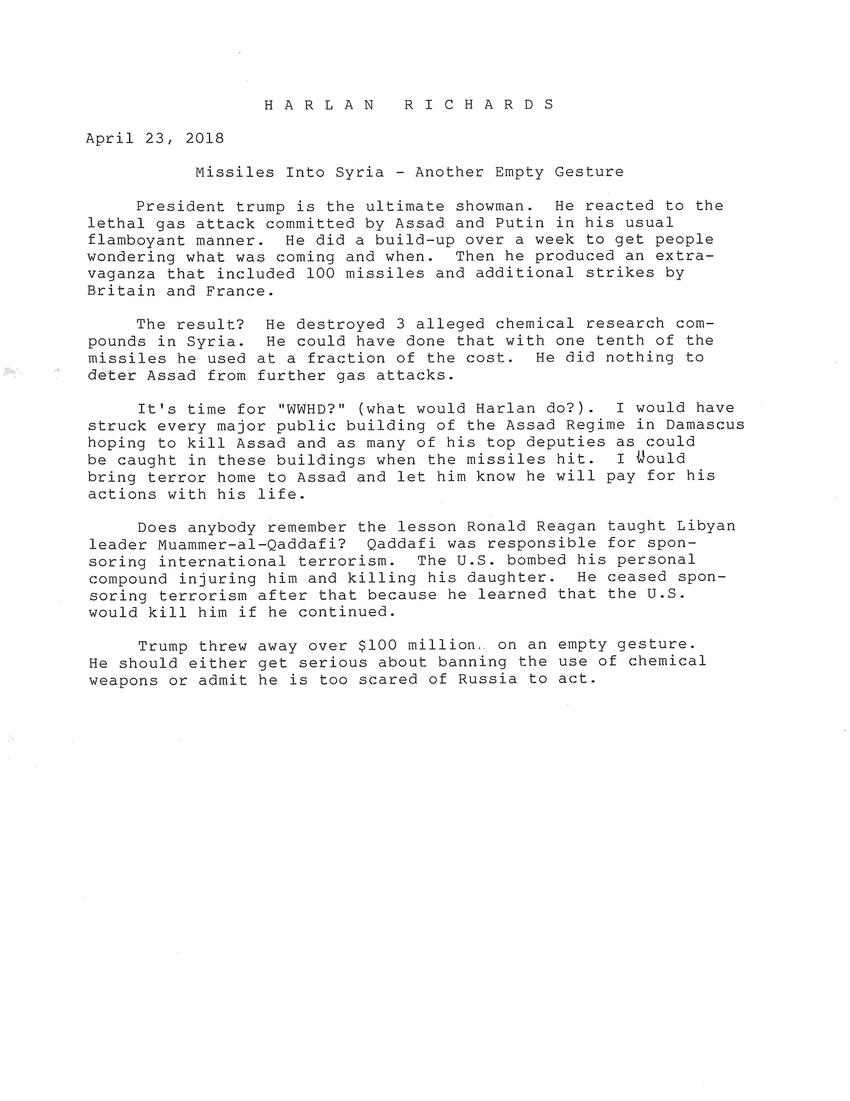 Missiles Into Syria - Another Empty Gesture

President Trump is the ultimate showman. He reacted to the lethal gas attack committed by Assad and Putin in his usual flamboyant manner. He did a build-up over a week to get people wondering what was coming and when. Then he produced an extravaganza that included 100 missiles and additional strikes by Britain and France.

The result? He destroyed 3 alleged chemical research compounds in Syria. He could have done that with one tenth of the missiles he used at a fraction of the cost. He did nothing to deter Assad from further gas attacks.

It's time for "WWHD?" (what would Harlan do?). I would have struck every major public building of the Assad Regime in Damascus hoping to kill Assad and as many of his top duties as could be caught in these buildings when the missiles hit. I would bring terror home to Assad and let him know he will pay for his actions with his life.

Does anybody remember the lesson Ronald Reagan taught Libyan leader Muammer-al-Qaddafi? Qaddafi was responsible for sponsoring international terrorism. The U.S. bombed his personal compound injuring him and killing his daughter. He ceased sponsoring terrorism after that because he learned that the U.S. would kill him if he continued.

Trump threw away over $100 million on an empty gesture. He should either get serious about banning the use of chemical weapons or admit he is too scared of Russia to act.