Book Review: The Meaning of Life: The Case for Abolishing Life Sentences 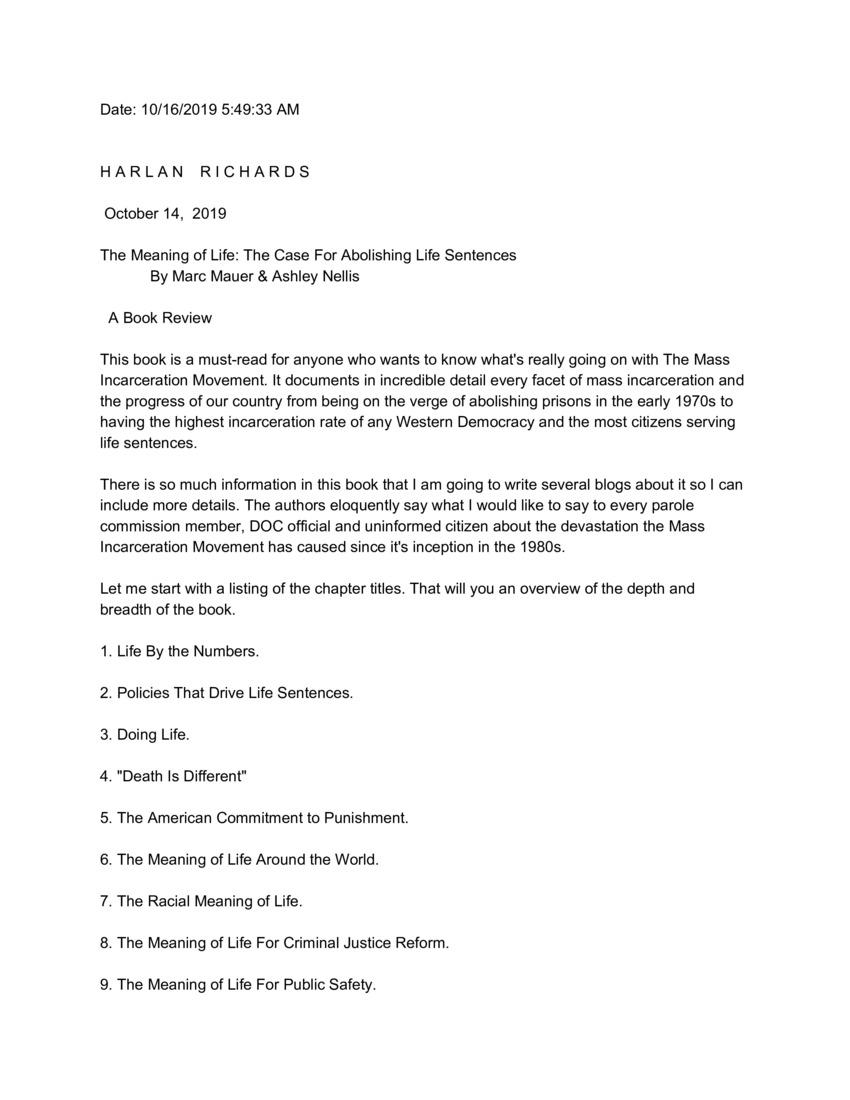 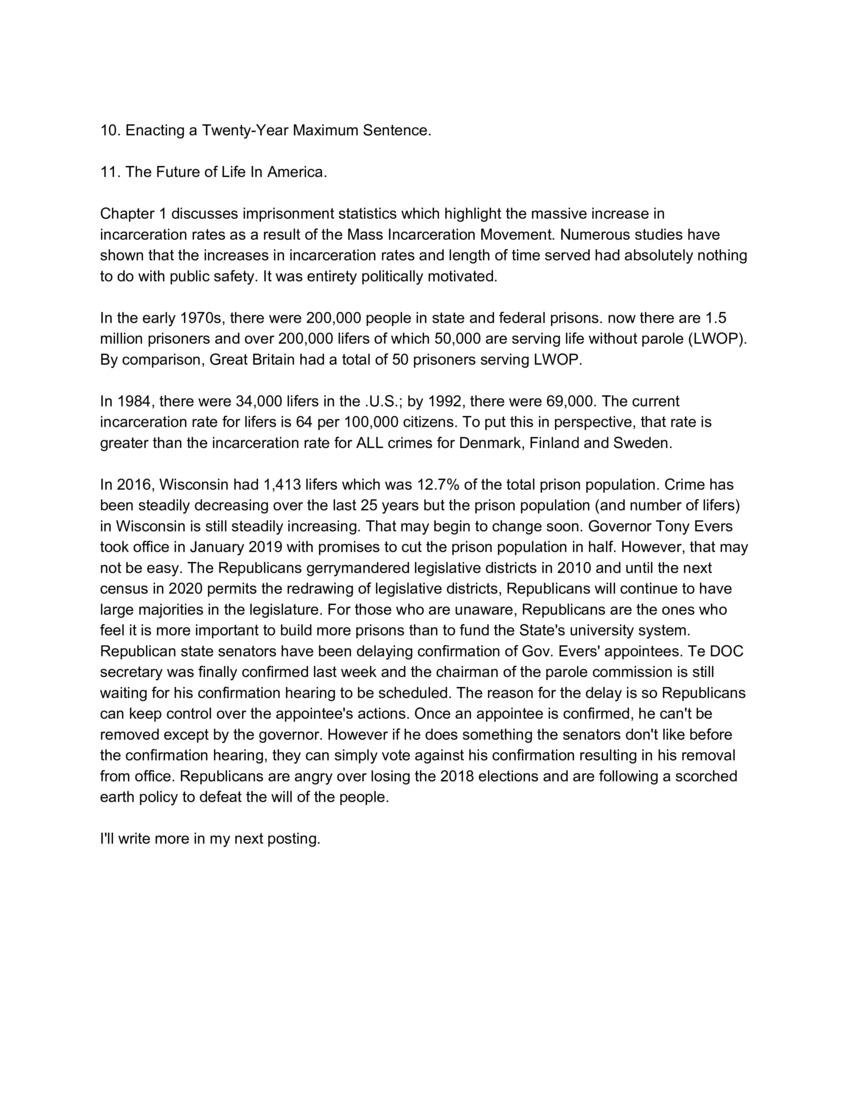 The Meaning of Life: The Case For Abolishing Life Sentences
By Marc Mauer & Ashley Nellis
A book review

This book is a must-read for anyone who wants to know what's really going on with the Mass Incarceration Movement. It documents in incredible detail every facet of mass incarceration and the progress of our country from being on the verge of abolishing prisons in the early 1970s to having the highest incarceration rate of any Western democracy and the most citizens serving life sentences.

There is so much information in this book that I am going to write several blog posts about it so I can include more details. The authors eloquently say what I would like to say to every parole commission member, DOC official, and uninformed citizen about the devastation the Mass Incarceration Movement has caused since its inception in the 1980s.

Let me start with a listing of the chapter titles. That will give you an overview of the depth and breadth of this book.

That may begin to change soon. Governor Tony Evers took office in January 2019 with promises to cut the prison population in half.

For those who are unaware, Republicans are the ones who feel it is more important to build more prisons than to fund the state's university system.

Republican state senators have been delaying information of Gov. Evers's appointees. The DOC secretary was finally confirmed last week and the chairman of the parole commission is still waiting for his confirmation hearing to be scheduled. The reason for the delay is so Republicans can keep control over the appointee's actions. Once an appointee is confirmed, he can't be removed except by the governor. However, if he does something the senators don't like before the confirmation hearing, they can simply vote against his confirmation, resulting in his removal from office.

Republicans are angry over losing the 2018 elections and are following a scorched earth policy to defeat the will of the people.

I'll write more in my next posting.

I hope you continue talking about this book because it interests me. I have listened to one of the author's interviews in the past regarding their findings in the justice system, and I didn't know that they co-wrote a book until just now. Thanks to you, I'll be on the look out for it! :)
(scanned reply – view as blog post)
uploaded Nov. 24, 2019.  Original (PDF) 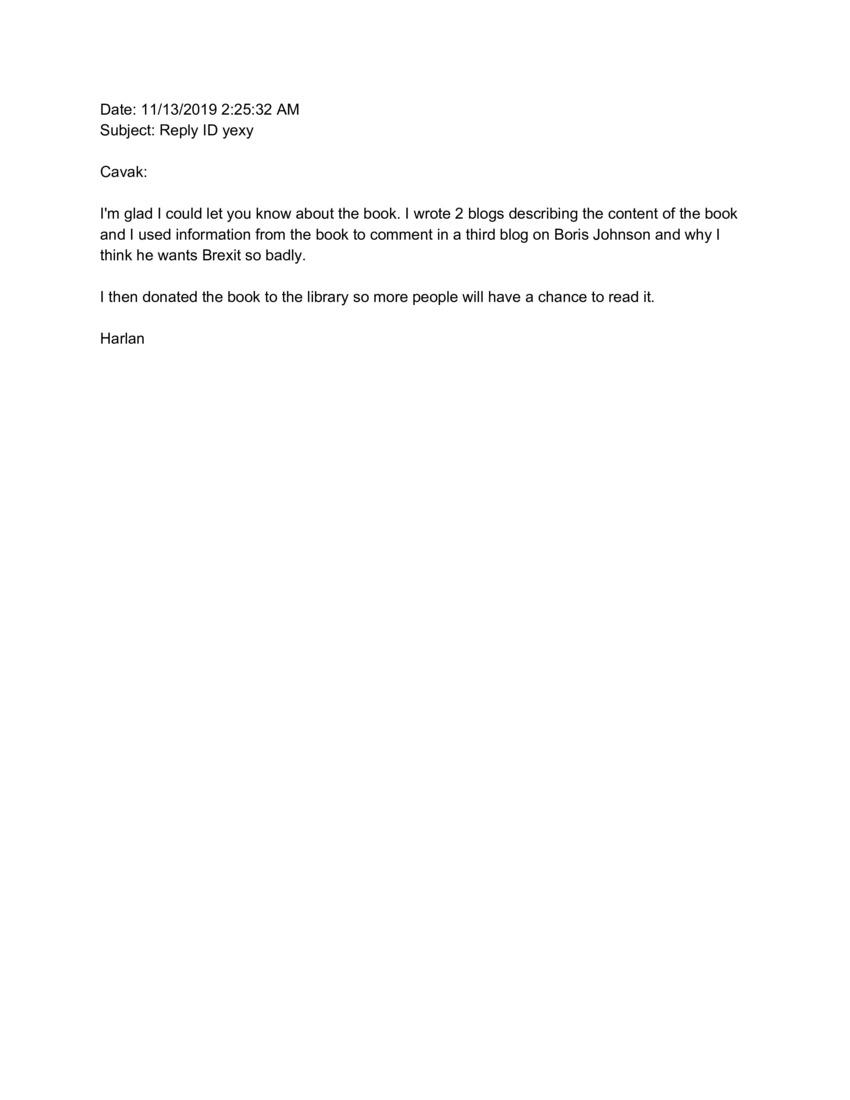