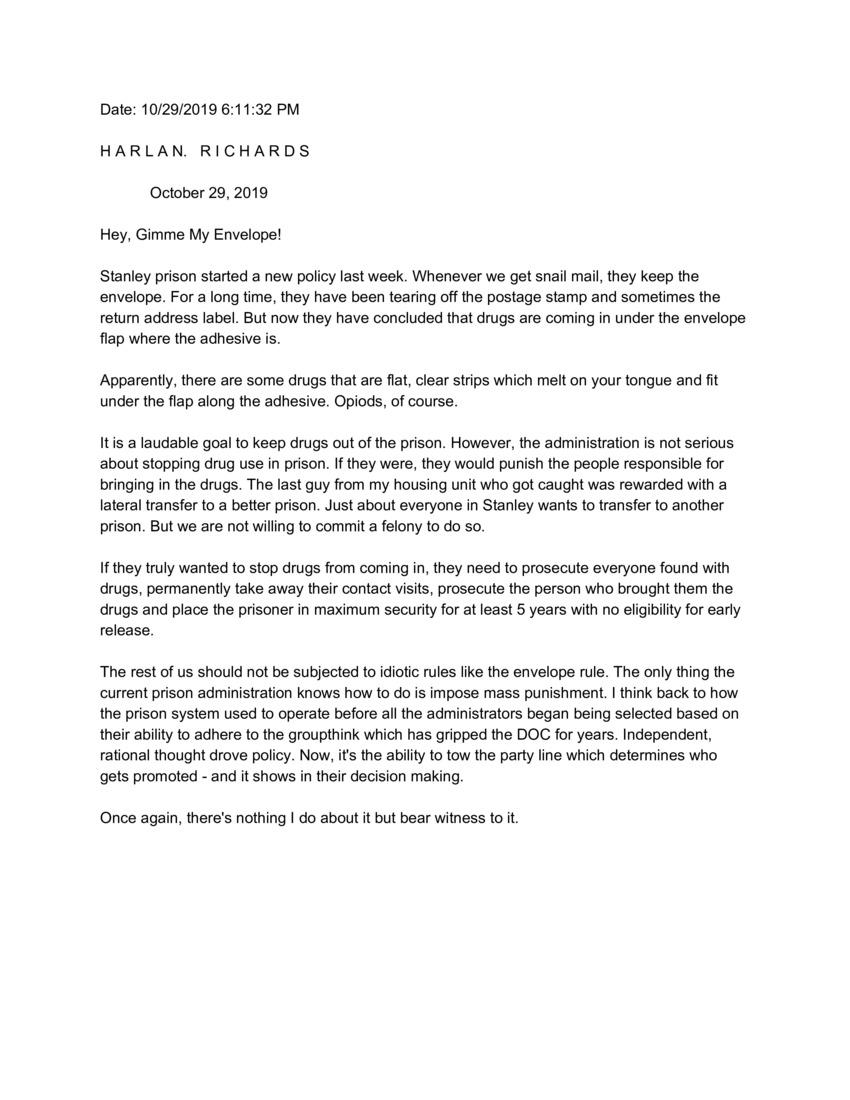 Stanley Prison started a new policy last week. Whenever we get snail mail, they keep the envelope. For a long time, they have been tearing off the postage stamp and sometimes the return address label. But now they have concluded that drugs are coming in under the envelope flap where the adhesive is.

Apparently, there are some drugs that are flat, clear strips which melt on your tongue and fit under the flap along the adhesive. Opiods, of course.

It is a laudable goal to keep drugs out of prison. However, the administration is not serious about stopping drug use in prison. If they were, they would punish the people responsible for bringing in the drugs. The last guy from my housing unit who got caught was rewarded with a lateral transfer to a better prison. Just about everybody in Stanley wants to transfer to another prison. But we are not willing to commit a felony to do so.

If they truly wanted to stop drugs from coming in, they need to prosecute everyone found with drugs, permanently take away their contact visits, prosecute the person who brought them the drugs and place the prisoner in maximum security for at least five years with no eligibility for early release.

The rest of us should not be subjected to idiotic rules like the envelope rule. The only thing the current prison administration knows how to do is impose mass punishment. I think back to how the prison system used to operate before all the administrators began being selected based on their ability to adhere to the groupthink which has gripped the DOC for years. Independent rational thought drove policy. Now, it's their ability to tow the party line which determines who gets promoted—and it shows in their decision making.

Once again, there's nothing I do about it but bear witness to it.