Should Donald Trump Be Impeached? 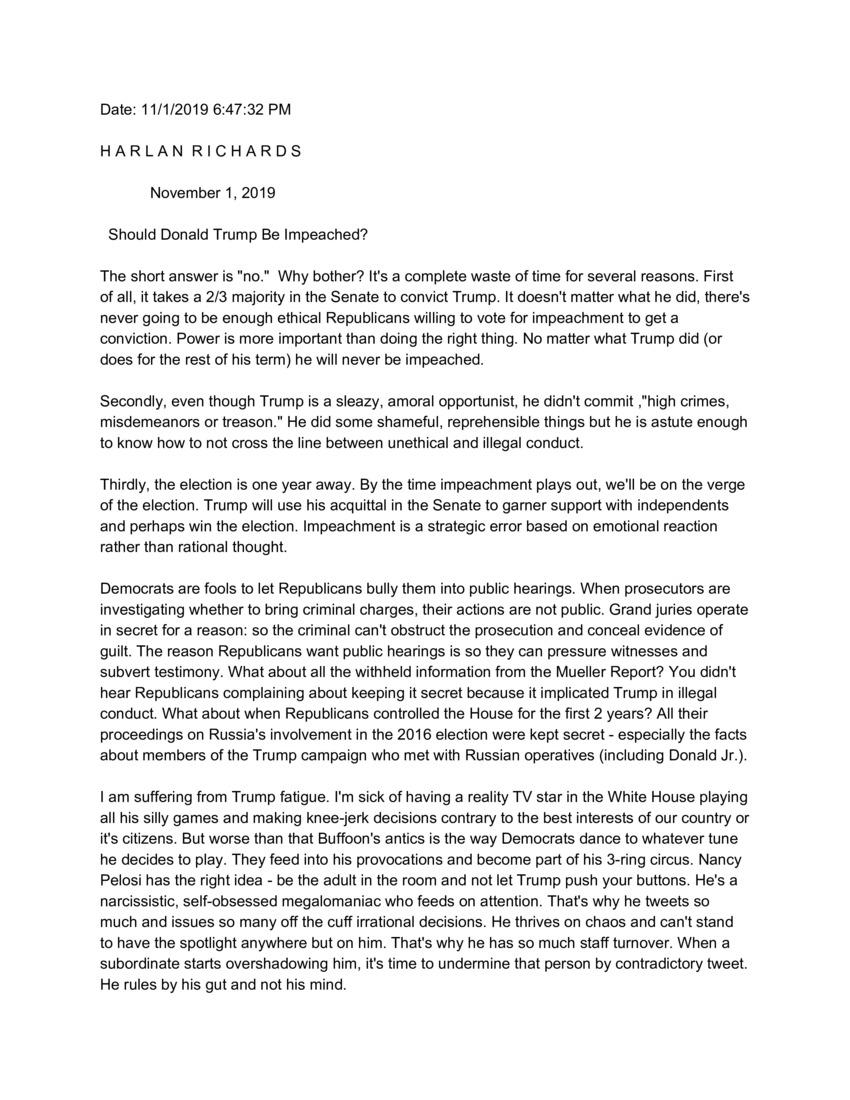 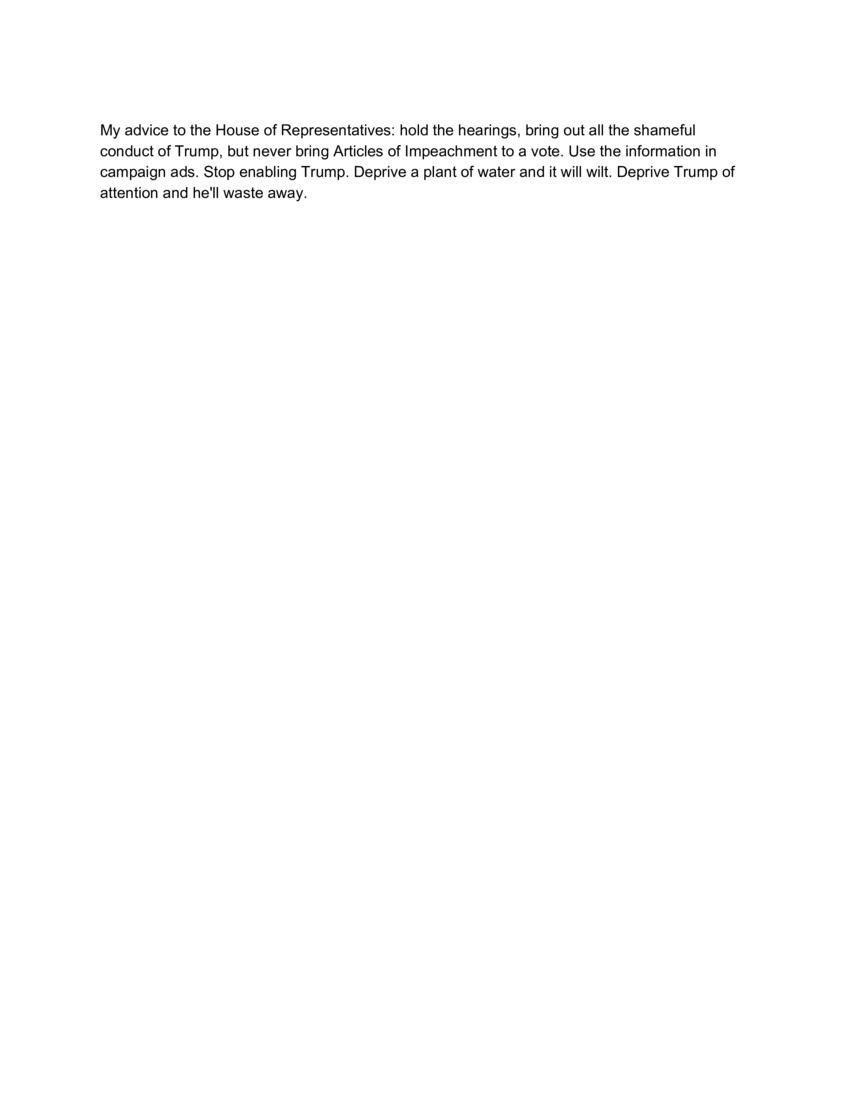 The short answer is no. Why bother? It's a complete waste of time for several reasons.

First of all, it takes a 2/3 majority in the Senate to convict Trump. It doesn't matter what he did, there's never going to be enough ethical Republicans willing to vote for impeachment to get a conviction. Power is more important than doing the right thing. No matter what Trump did (or does for the rest of his term), he will never be impeached.

Secondly, even though Trump is a sleazy, amoral opportunist, he didn't commit "high crimes, misdemeanors, or treason." He did some shameful, reprehensible things, but he is astute enough to know how to not cross the line between unethical and illegal conduct.

Thirdly, the selection is one year away. By the time the impeachment plays out, we'll be on the verge of the election. Trump will use his acquittal in the Senate to gather support with independents and perhaps win the election. Impeachment is a strategical error based on emotional reaction rather than rational thought.

Democrats are fools to let Republicans bully them into public hearings. When prosecutors are investigating whether to bring criminal charges, their actions are not public. Grand juries operate in secret for a reason: so the criminal can't obstruct the prosecution and conceal evidence of guilt.

The reason Republicans want public hearings is so they can pressure witnesses and subvert testimony. What about all the withheld information from the Mueller Report? You didn't hear Republicans complaining about keeping it secret because it implicated Trump in illegal conduct. What about when Republicans controlled the House for the first two years? All their proceedings on Russia's involvement in the 2016 election were kept secret—especially the facts about members of the Trump campaign who met with Russian operatives (including Donald Jr.).

I am suffering from Trump fatigue. I'm sick of having a reality TV star in the White House playing all his silly games and making knee-jerk decisions contrary to the best interests of our country and its citizens.

But worse than that buffoon's antics is the way Democrats dance to whatever tune he decides to play. They feed into his provocations and become part of his three ring circus. Nancy Pelosi has the right idea—be the adult in the room and not let Trump push your buttons. He's a narcissistic, self-obsessed megalomaniac who feeds on attention. That's why he tweets so much and issues so many off the cuff irrational decisions. He thrives on chaos and can't stand to have the spotlight anywhere but on him. That's why he has so much staff turnover. When a subordinate starts overshadowing him, it's time to undermine that person by contradictory tweeting about them. He rules by his gut and not his mind.

My advice to the House of Representatives: hold the hearings, bring out all the shameful conduct of Trump, but never bring the Articles of Impeachment to a vote. Use the information in campaign ads. Stop enabling Trump. Deprive a plant of water and it will wilt. Deprive Trump of attention and he'll waste away.