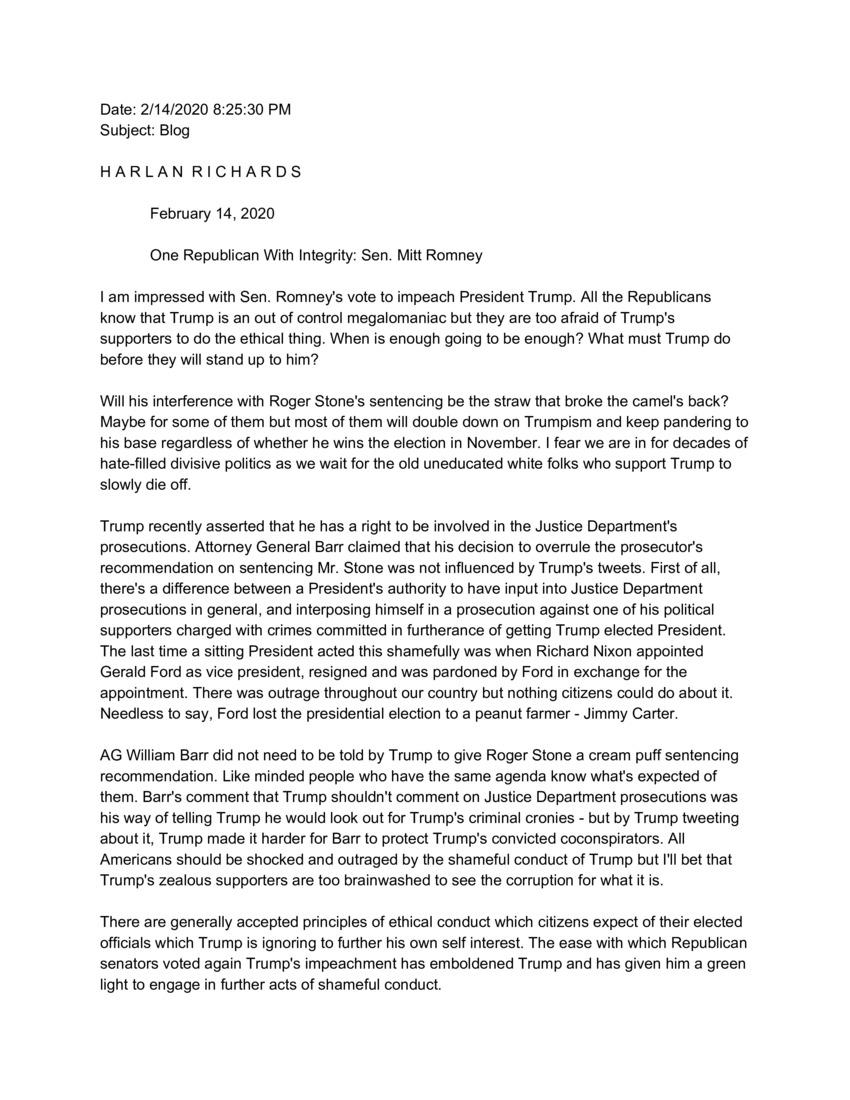 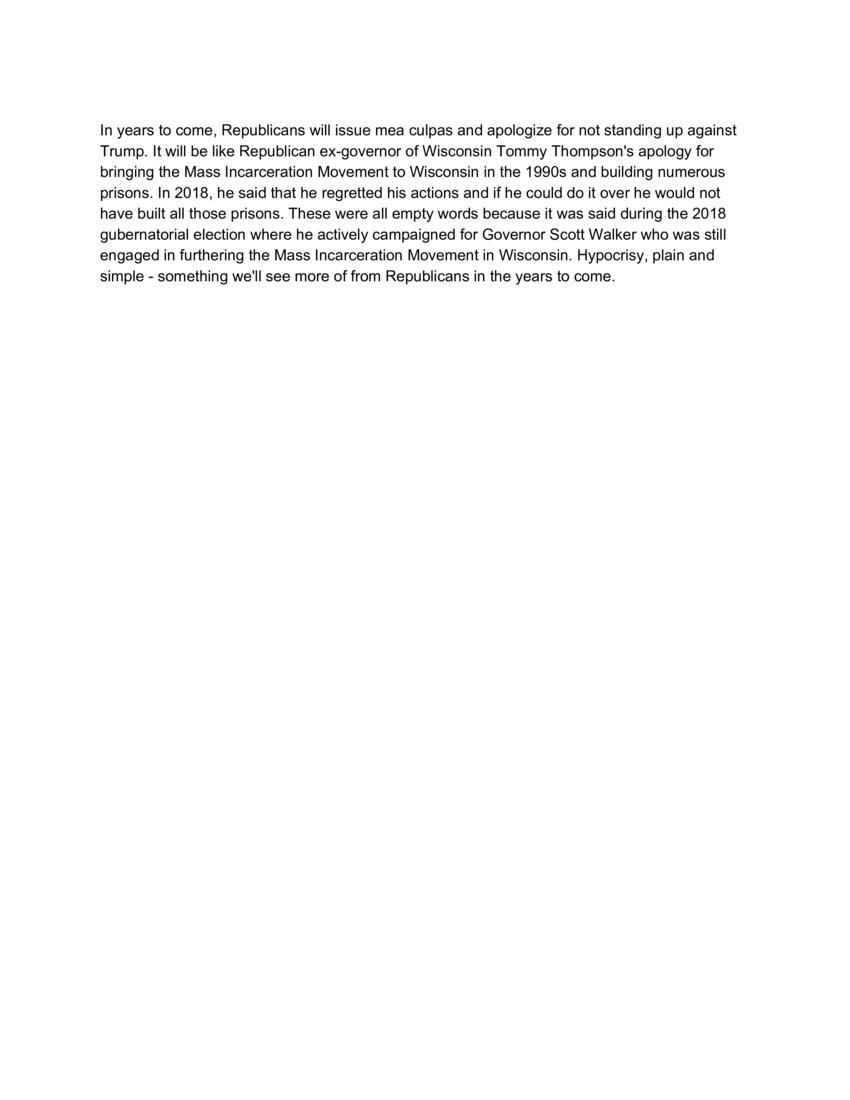 I am impressed with Sen. Romney's vote to impeach President Trump. All the Republicans know that Trump is an out of control megalomaniac, but they are too afraid of Trump's supporters to do the ethical thing. When is enough going to be enough? What must Trump do before they will stand up to him?

Will his interference with Roger Stone's sentencing be the straw that broke the camel's back? Maybe for some of them, but most of them will double down on Trumpism and keep pandering to his base, regardless of whether he wins the election in November. I fear we are in for decades of hate-filled divisive politics as we wait for the old under-educated white folks who support Trump to slowly die off.

Trump recently assented that he has a right to be involved in the Justice Department's prosecutions. Attorney General Barr claimed that his decision to overrule the prosecutor's recommendations on sentencing Mr. Stone was not influenced by Trump's tweets.

First of all, there's a difference between a president's authority to have input into Justice Department prosecutions in general and interposing himself in a prosecution against one of his political supporters charged with crimes committed in furtherance of getting Trump elected president. The last time a sitting president acted this shamefully was when Richard Nixon appointed General Ford as vice president, resigned, and was pardoned by Ford in exchange for the appointment. There was outrage throughout our country but nothing citizens could do about it. Needless to say, Ford lost the presidential election to a peanut farmer—Jimmy Carter.

AG William Barr did not need to be told by Trump to give Roger Stone a cream puff sentencing recommendation. Like-minded people who have the same agenda know what's expected of them. Barr's comment that Trump shouldn't comment on Justice Department prosecutions was his way of telling Trump he would look out for Trumo's criminal cronies—but by Trump tweeting about it, Trump made it harder for Barr to protect Trump's convicted conspirators.

All Americans should be shocked and outraged by the shameful conduct of Trump, but I'll bet that Trump's zealous supporters are too brainwashed to see the corruption for what it is.

There are generally accepted principles of ethical conduct which citizens expect of their elected officials, which Trump is ignoring to further his own self interest. The ease with which Republican senators voted against Trump's impeachment has emboldened Trump and has given him a green light to engage in further acts of shameful conduct.

In years to come, Republicans will issue mea culpas and apologize for not standing up against Trump. It will be like Republican ex-governor of Wisconsin Tommy Thompson's apology for bringing the Mass Incarceration Movement to Wisconsin in the 1990s and building numerous prisons. In 2018, he said that he regretted his actions and if he could do it over, he would not have built all those prisons.

There were all empty words because it was said during the 2018 gubernational election where he actively campaigned for Governor Scott Walker, who was still engaged in furthering the Mass Incarceration Movement in Wisconsin. Hypocrisy, plain and simple—something we'll see more of from Republicans in the years to come.