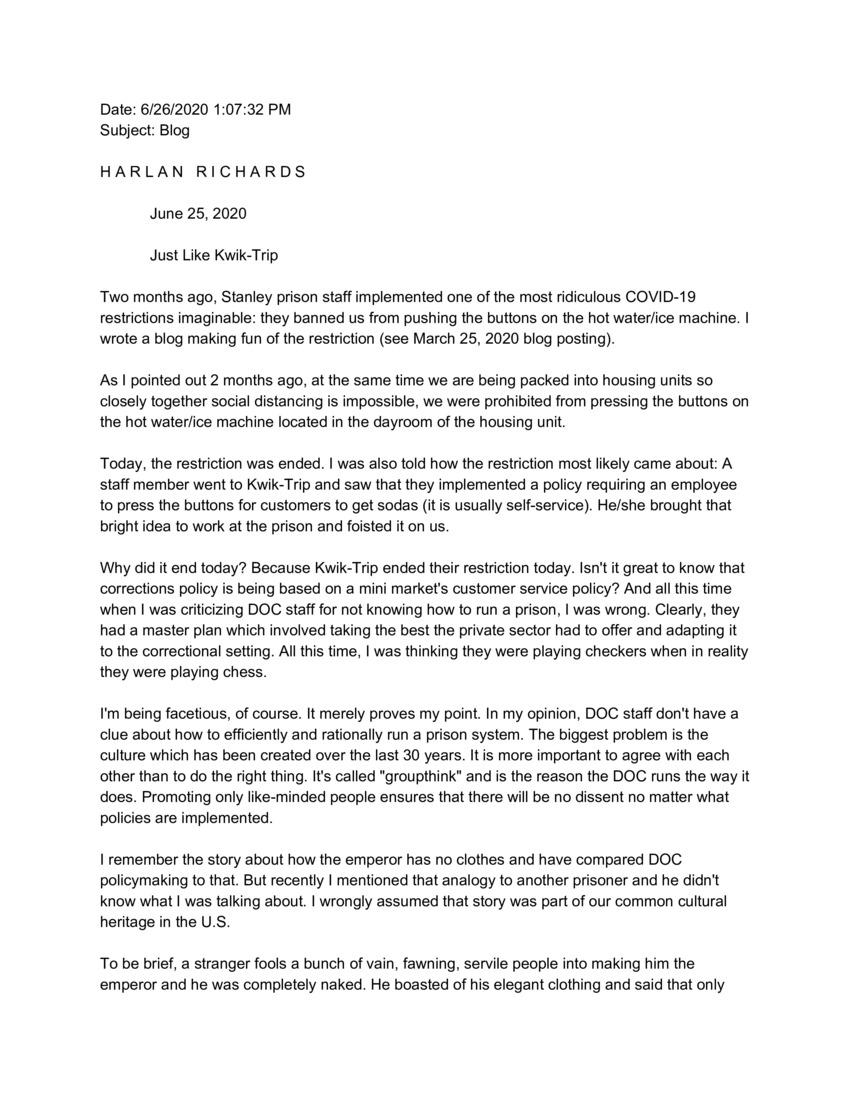 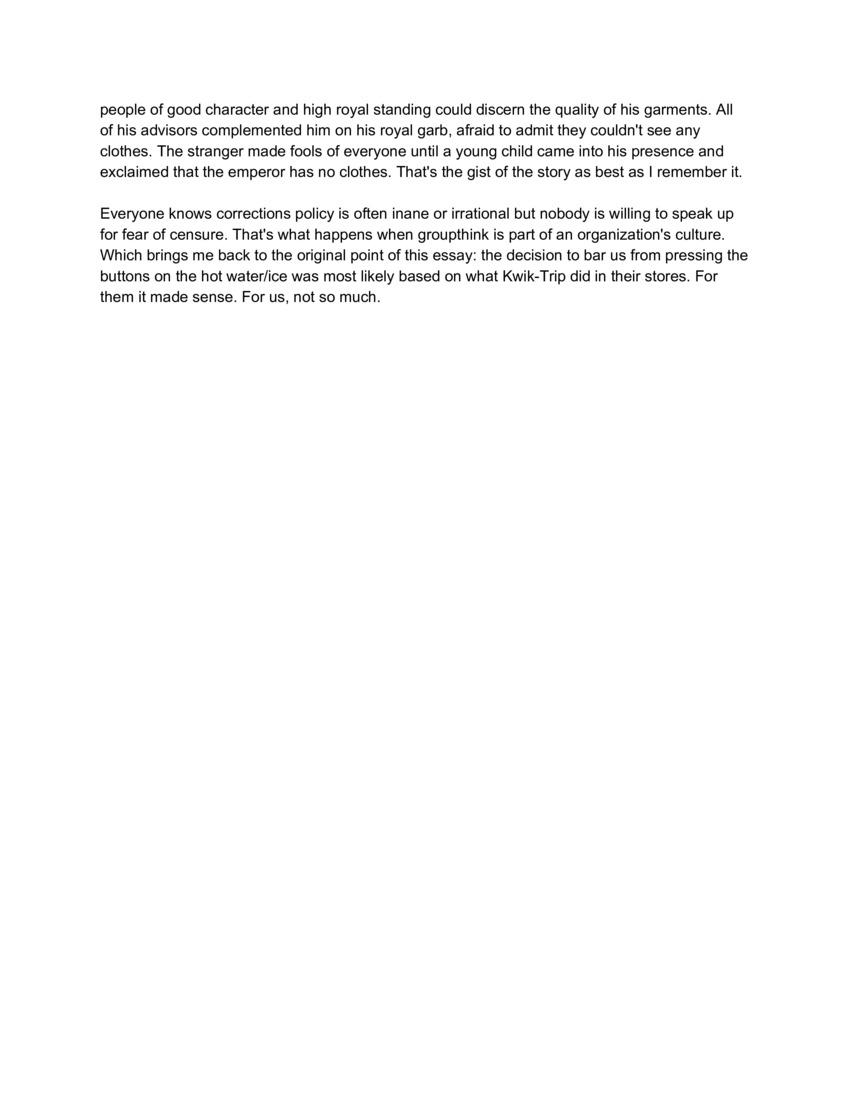 Two months ago, Stanley prison staff implemented one of the most ridiculous COVID-19 restrictions imaginable: they banned us from pushing the buttons on the hot water/ice machine. I wrote a blog making fun of the restriction (see March 25, 2020 blog posting).

As I pointed out 2 months ago, at the same time we are being packed into housing units so closely together social distancing is impossible, we were prohibited from pressing the buttons on the hot water/ice machine located in the dayroom of the housing unit.

Today, the restriction was ended. I was also told how the restriction most likely came about: A staff member went to Kwik-Trip and saw that they implemented a policy requiring an employee to press the buttons for customers to get sodas (it is usually self-service). He/she brought that bright idea to work at the prison and foisted it on us.

Why did it end today? Because Kwik-Trip ended their restriction today. Isn't it great to know that corrections policy is being based on a mini market's customer service policy? And all this time when I was criticizing DOC staff for not knowing how to run a prison, I was wrong. Clearly, they had a master plan which involved taking the best the private sector had to offer and adapting it to the correctional setting. All this time, I was thinking they were playing checkers when in reality they were playing chess.

I'm being facetious, of course. It merely proves my point. In my opinion, DOC staff don't have a clue about how to efficiently and rationally run a prison system. The biggest problem is the culture which has been created over the last 30 years. It is more important to agree with each other than to do the right thing. It's called "groupthink" and is the reason the DOC runs the way it does. Promoting only like-minded people ensures that there will be no dissent no matter what policies are implemented.

I remember the story about how the emperor has no clothes and have compared DOC policymaking to that. But recently I mentioned that analogy to another prisoner and he didn't know what I was talking about. I wrongly assumed that story was part of our common cultural heritage in the U.S.

To be brief, a stranger fools a bunch of vain, fawning, servile people into making him the emperor and he was completely naked. He boasted of his elegant clothing and said that only people of good character and high royal standing could discern the quality of his garments. All of his advisors complemented him on his royal garb, afraid to admit they couldn't see any clothes. The stranger made fools of everyone until a young child came into his presence and exclaimed that the emperor has no clothes. That's the gist of the story as best as I remember it.

Everyone knows corrections policy is often inane or irrational but nobody is willing to speak up for fear of censure. That's what happens when groupthink is part of an organizations culture. Which brings me back to the original point of this essay: the decision to bar us from pressing the buttons on the hot water/ice was most likely based on what Kwik-Trip did in their stores. For them it made sense. For us, not so much.