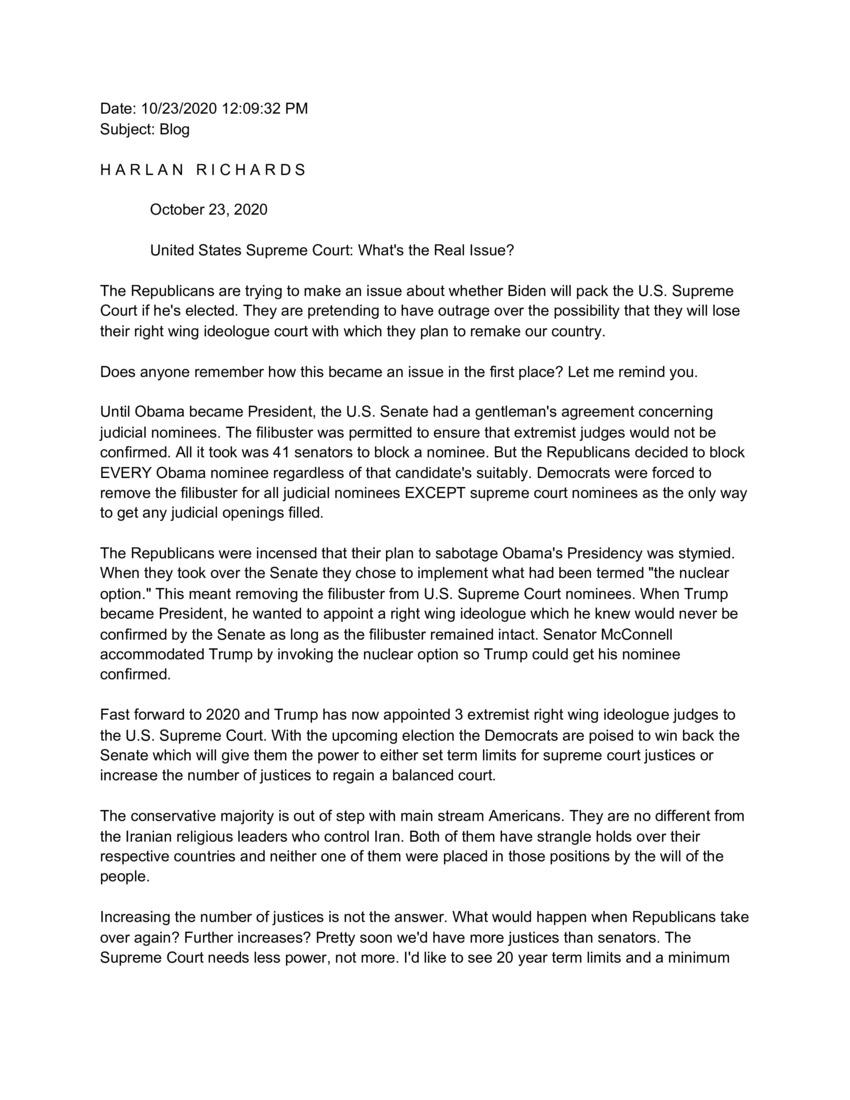 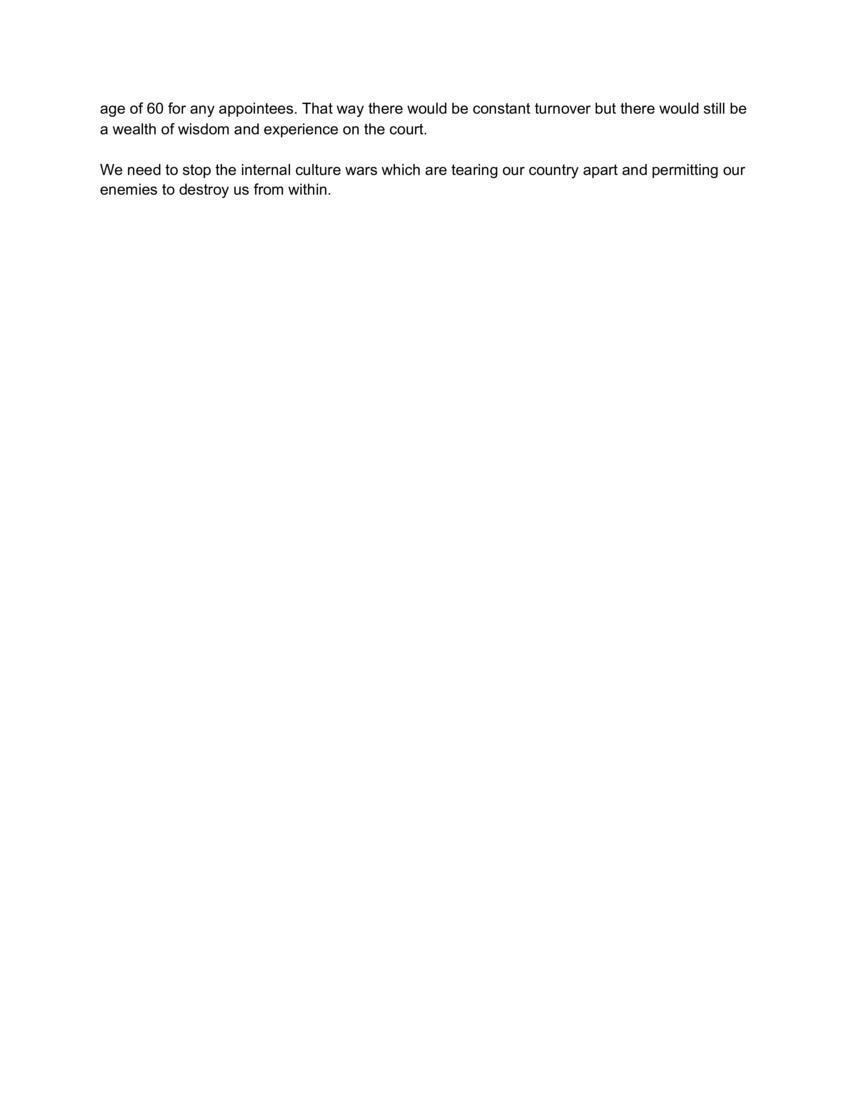 The Republicans are trying to make an issue about whether Biden will pack the U.S. Supreme
Court if he's elected. They are pretending to have outrage over the possibility that they will lose
their right wing ideologue court with which they plan to remake our country.

Does anyone remember how this became an issue in the first place? Let me remind you.

Until Obama became President, the U.S. Senate had a gentleman's agreement concerning
judicial nominees. The filibuster was permitted to ensure that extremist judges would not be
confirmed. All it took was 41 senators to block a nominee. But the Republicans decided to block
EVERY Obama nominee regardless of that candidate's suitably. Democrats were forced to
remove the filibuster for all judicial nominees EXCEPT supreme court nominees as the only way
to get any judicial openings filled.

The Republicans were incensed that their plan to sabotage Obama's Presidency was stymied.
When they took over the Senate they chose to implement what had been termed "the nuclear
option." This meant removing the filibuster from U.S. Supreme Court nominees. When Trump
became President, he wanted to appoint a right wing ideologue which he knew would never be
confirmed by the Senate as long as the filibuster remained intact. Senator McConnell
accommodated Trump by invoking the nuclear option so Trump could get his nominee
confirmed.

Fast forward to 2020 and Trump has now appointed 3 extremist right wing ideologue judges to
the U.S. Supreme Court. With the upcoming election the Democrats are posted to win back the
Senate which will give them the power to either set term limits for supreme court justices or
increase the number of justices to regain a balanced court.

The conservative majority is out of step with main stream Americans. They are no different from
the Iranian religious leaders who control Iran. Both of them have strangle holds over their
respective countries and neither one of them were placed in those positions by the will of the
people.

Increasing the number of justices is not the answer. What would happen when Republicans take
over again? Further increases? Pretty soon we'd have more justices than senators. The
Supreme Court needs less power, not more. I'd like to see 20 year term limits and a minimum
age of 60 for any appointees. That way there would be constant turnover but there would still be
a wealth of wisdom and experience on the court.

We need to stop the internal culture wars which are tearing our country apart and permitting our
enemies to destroy us from within.