Are You a Republican or an American? 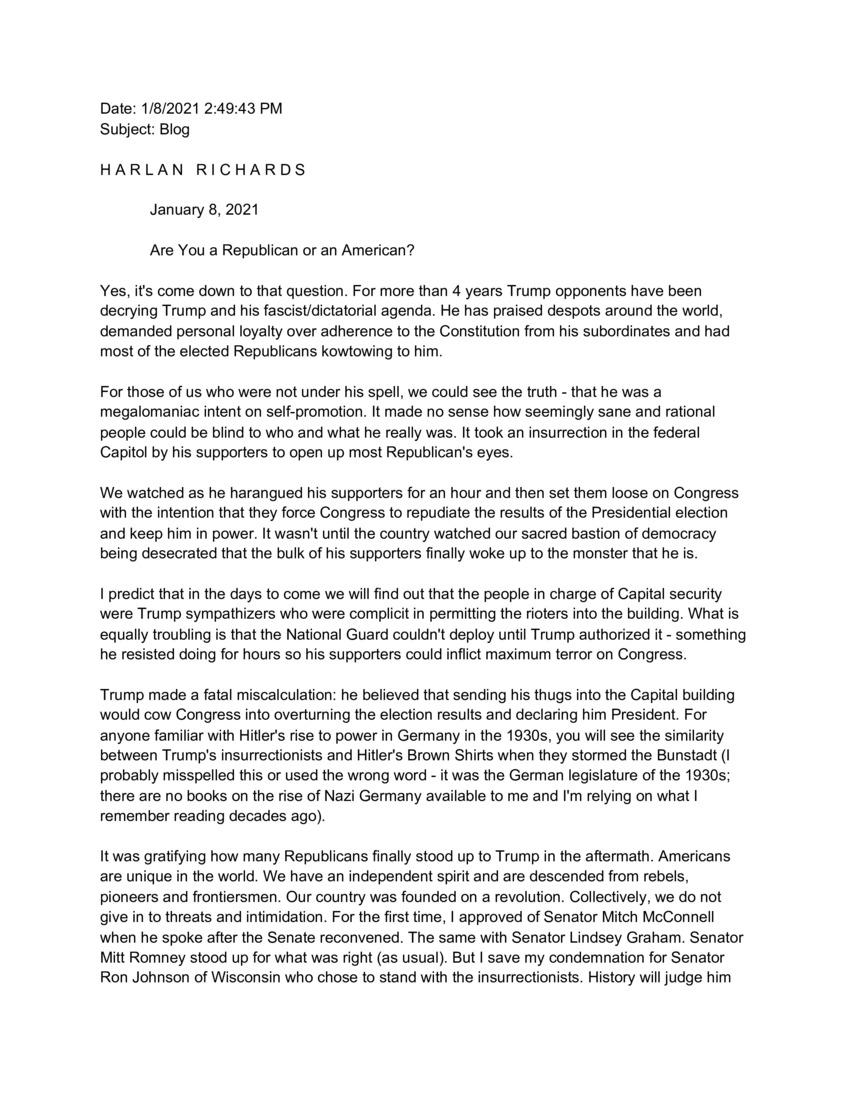 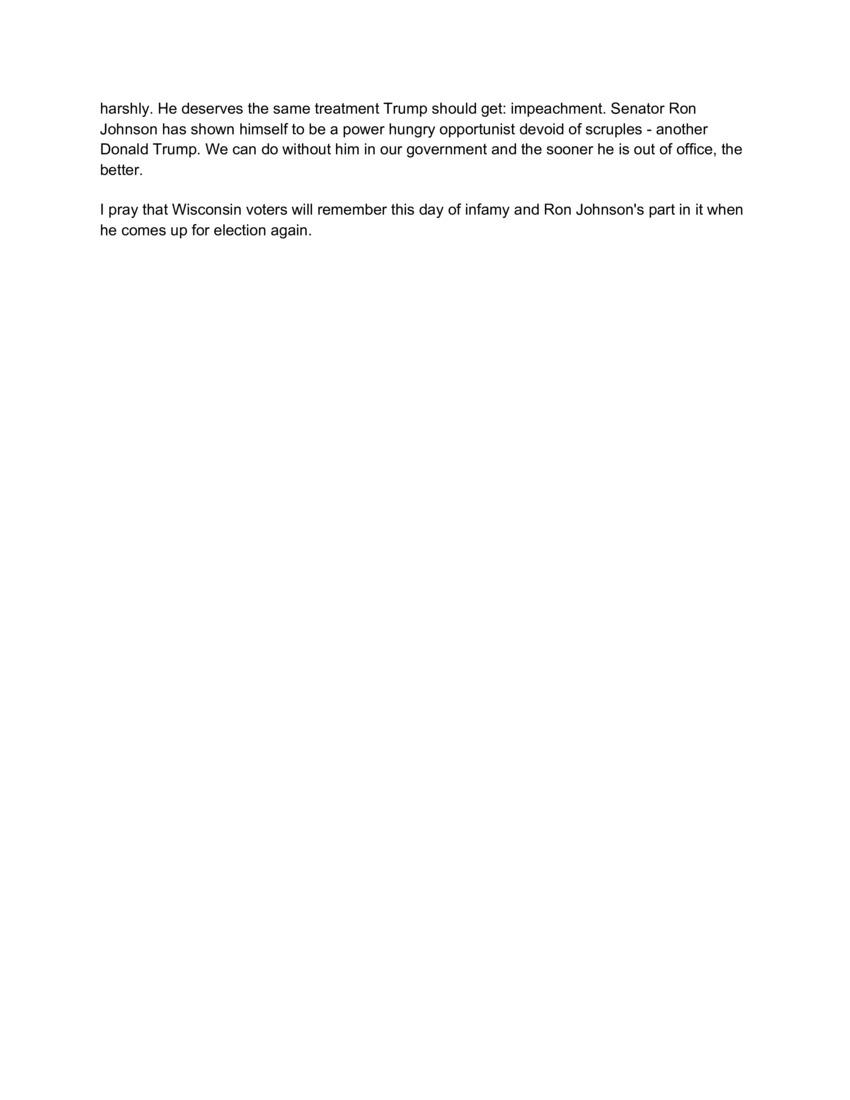 Are You a Republican or an American?

Yes, it's com down to that question. For more than 4 years Trump opponents have been decrying Trump and his fascists/dictatorial agenda. He has praised despots around the world, demanded personal loyalty over adherence to the Constitution from his subordinates and had most of the elected Republicans kowtowing to him.

For those of us who were not under his spell, we could see the truth - that he was a megalomaniac intent on self-promotion. It made no sense how seemingly sane and rational people could be blind to who and what he really was. It took an insurrection in the federal Capitol by his support to open up most Republican's eyes.

We watched as he harangued his supporters for an hour and then set them loose on Congress with the intention that they force Congress to repudiate the results of the Presidential election and keep him in power. It wasn't until the country watched our sacred bastion of democracy being desecrated that the bulk of his supporters finally woke up to the monster that he is.

I predict that in the days to come we will find out that the people in charge of Capital security were Trump sympathizers who were complicit in permitting the rioters into the building. What is equally troubling is that the National Guard couldn't deploy until Trump authorized it - something he resisted doing for hours so his supporters could inflict maximum terror on Congress.

Trump made a fatal miscalculation: he believed that sending his thugs into the Capital building would cow Congress into overturning the election results and declaring him President. For anyone familiar with Hitler's rise to power in Germany in the 1930s, you will see the similarity between Trump's insurrectionists and Hitler's Brown Shirts when they stormed the Bunstadt (I probably misspelled this or used the wrong word - it was the German legislature of the 1930s; there are no books on the rise of Nazi Germany available to me and I'm relying on what I remember reading decades ago).

It was gratifying how many Republicans finally stood up to Trump in the aftermath. Americans are unique in the world. We have an independent spirit and are descended from rebels, pioneers and frontiersmen. Our country was founded on a revolution. Collectively, we do not give in to threats and intimidation. For the first time, I approved of Senator Mitch McConnell when he spoke after the Senate reconvened. The same with Senator Lindsey Graham. Senator Mitt Romney stood up for what was right (as usual). But I save my condemnation for Senator Ron Johnson of Wisconsin who chose to stand with the insurrectionists. History will judge him harshly. He deserves the same treatment Trump should get: impeachment. Senator Ron Johnson has shown himself to be a power hungry opportunist devoid of scruples - another Donald Trump. We can do without him in our government and the sooner he is out of office, the better.

I pray that Wisconsin voters will remember this day of infamy and Ron Johnson's part in it when he comes up for election again.