How About That $15 Per Hour Minimum Wage? 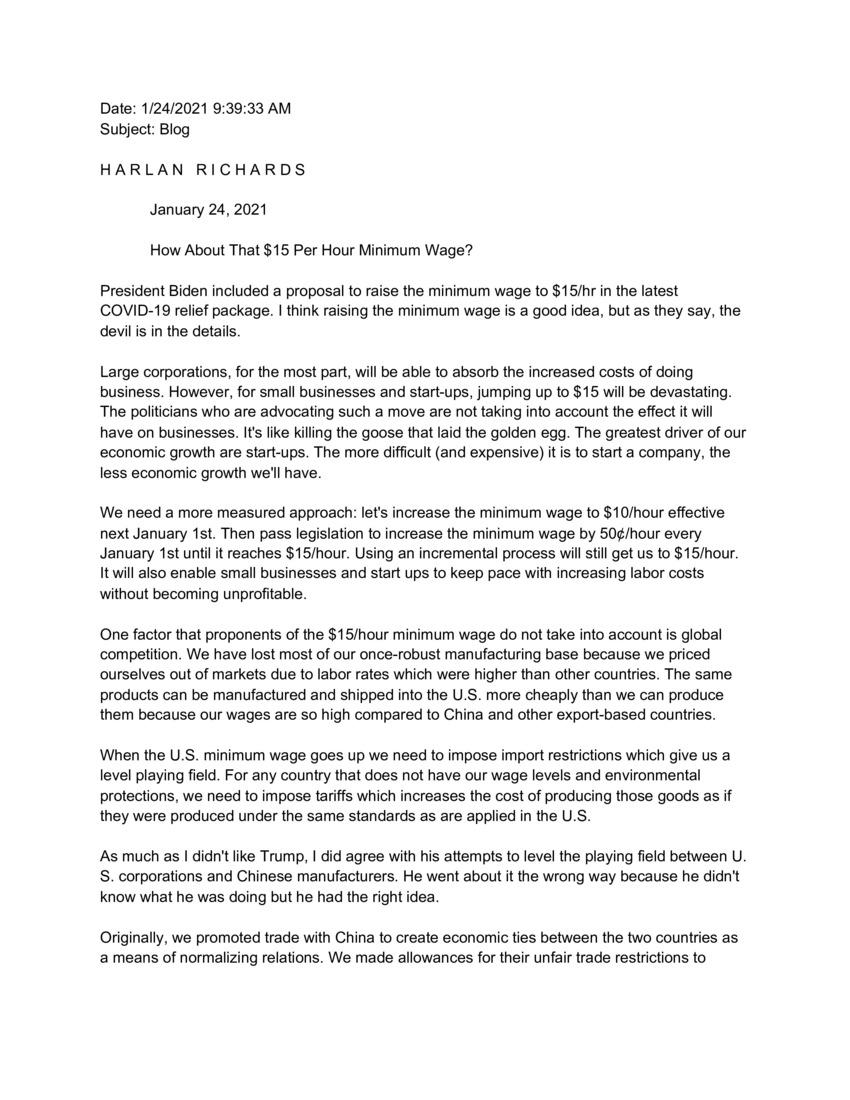 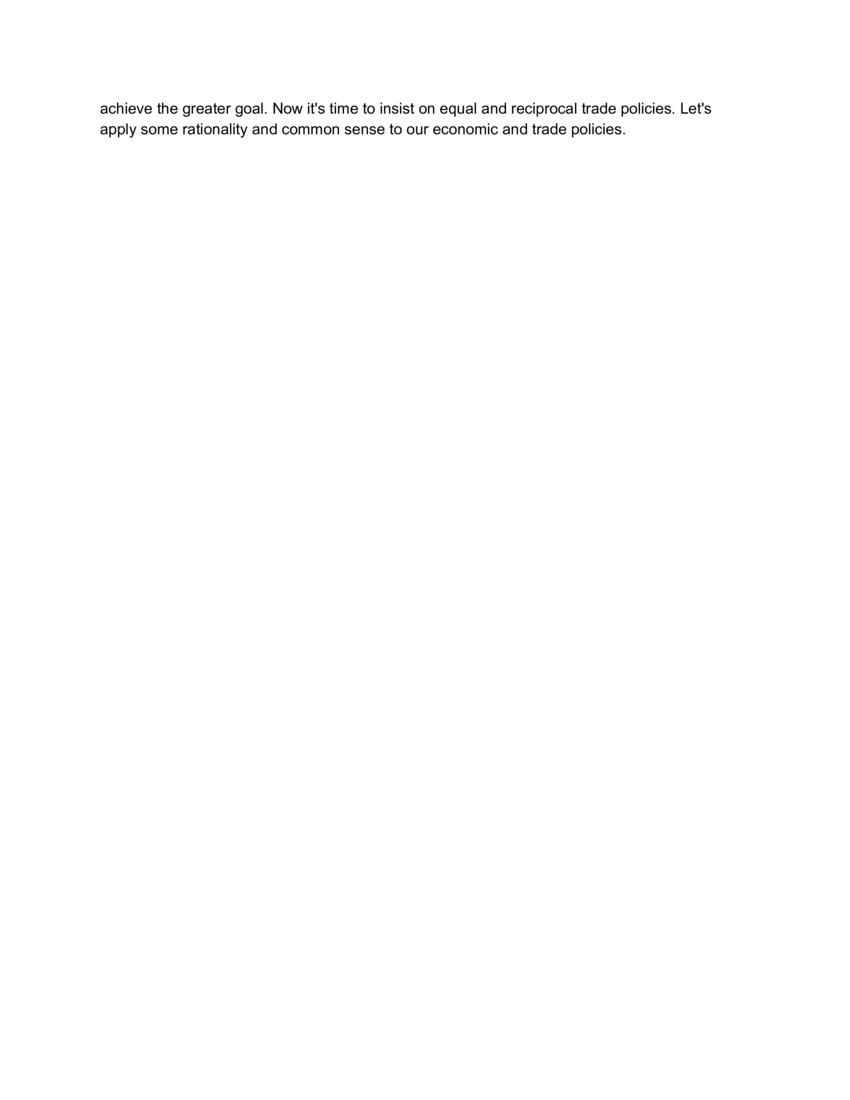 How About That $15 Per Hour Minimum Wage?

President Biden included a proposal to raise the minimum wage to $15/hr in the latest COVID-19 relief package. I think raising the minimum wage is a good idea, but as they say, the devil is in the details.

Large corporations, for the most part, will be able to absorb the increased costs of doing business. However, for small businesses and start-ups, jumping up to $15 will be devastating. The politicians who are advocating such a move are not taking into account the effect it will have on businesses. It's like killing the goose that laid the golden egg. The greatest driver of our economic growth are start-ups. The more difficult (and expensive) it is to start a company, the less economic growth we'll have.

We need a more measured approach: let's increase the minimum wage to $10/hour effective next January 1st. Then pass legislation to increase the minimum wage by 50¢/hour every January 1st until it reaches $15/hour. Using an incremental process will still get us to $15/hour. It will also enable small businesses and startups to keep pace with increasing labor costs without becoming unprofitable.

One factor that proponents of the $15/hour minimum wage do not take into account is global competition. We have lost most of our once-robust manufacturing base because we priced ourselves out of markets due to labor rates which were higher than other countries. The same products can be manufactured and shipped into the U.S. more cheaply than we can produce them because our wages are so high compared to China and other export-based countries.

When the U.S. minimum wage goes up, we need to impose import restrictions, which give us a level playing field. For any country that does not have our wage levels and environmental protections, we need to impose tariffs that increase the cost of producing those goods as if they were produced under the same standards as are applied in the U.S.

As much as I didn't like Trump, I did agree with his attempts to level the playing field between U.S. corporations and Chinese manufacturers. He went about it the wrong way because he didn't know what he was doing but he had the right idea.

Originally, we promoted trade with China to create economic ties between the two countries as a means of normalizing relations. We made allowances for their unfair trade restrictions to achieve the greater goal. Now it's time to insist on equal and reciprocal trade policies. Let's apply some rationality and common sense to our economic and trade policies.