How Can Homosexuality Be Good For America??? 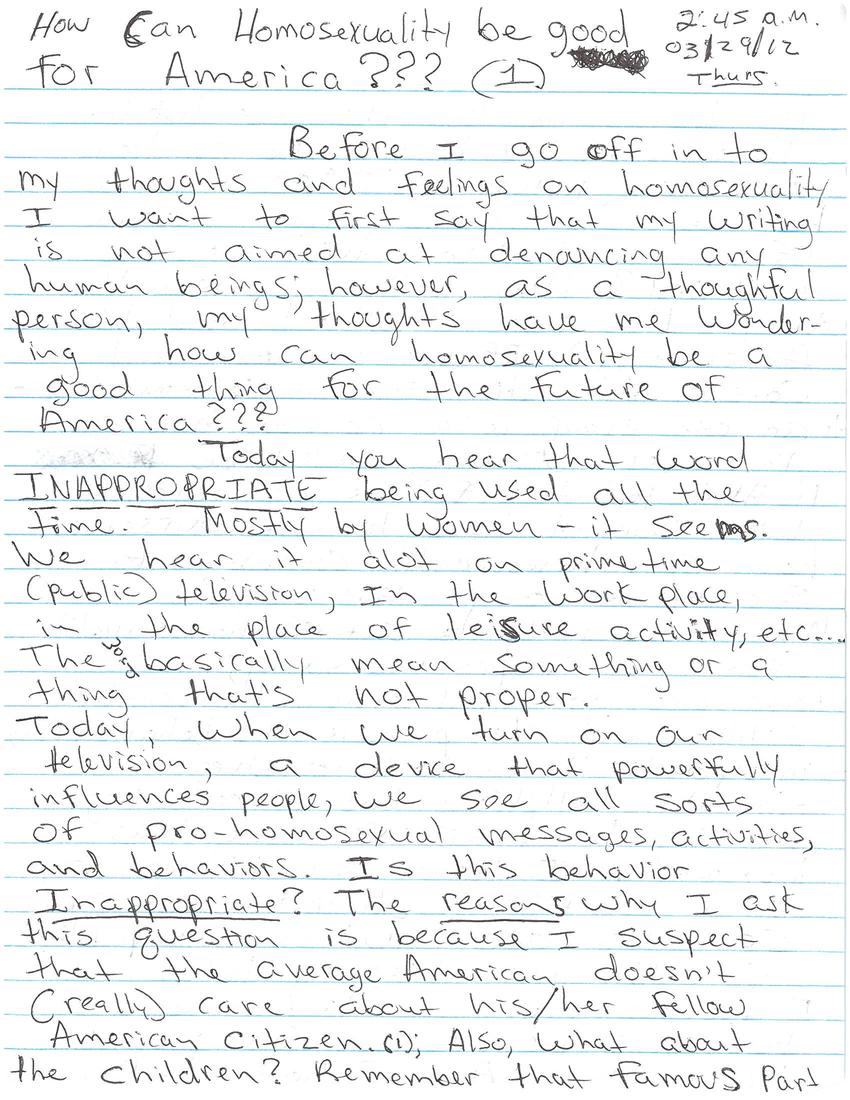 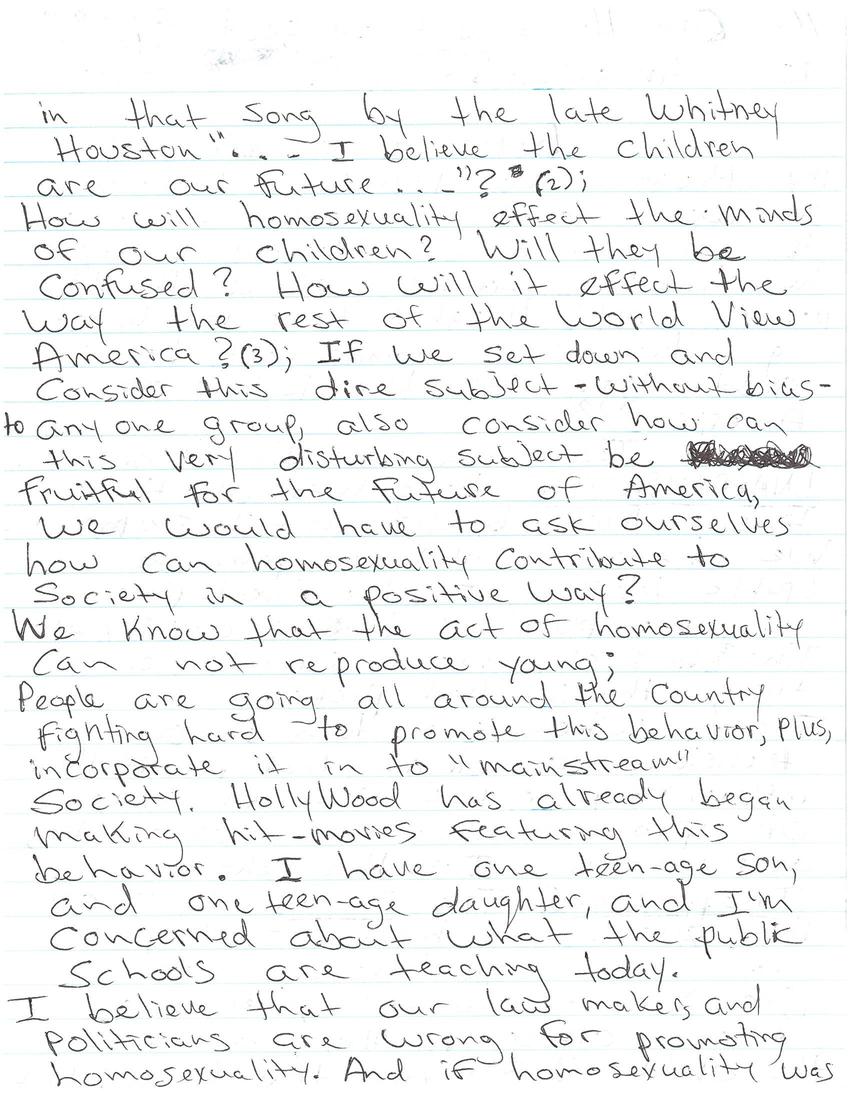 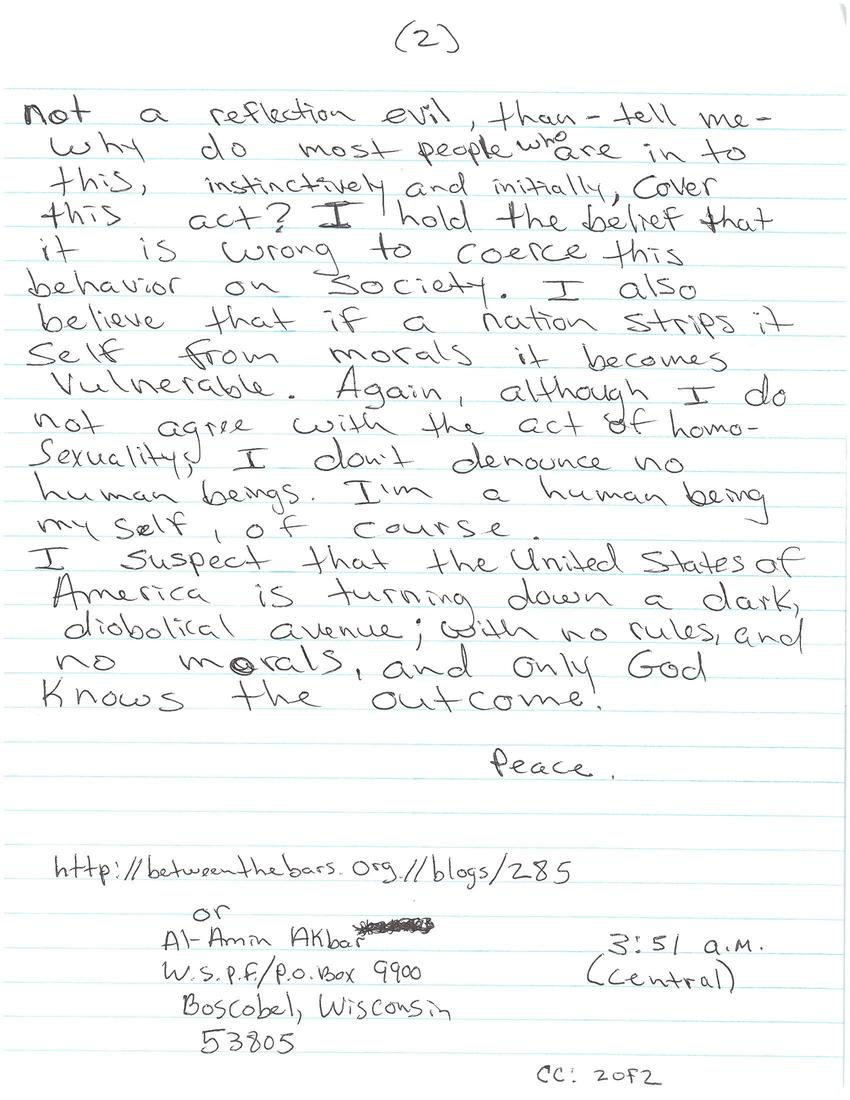 How Can Homosexuality be Good for America? (1)

Before I go off into my thoughts and feelings on homosexuality I want to first say that my writing is not aimed at denouncing any human beings; however, as a thoughtful person, my thoughts have me wondering: how can homosexuality be a good thing for the future of America?

Today you hear that word INAPPROPRIATE being used all the time. Mostly by women – it seems. We hear it a lot on primetime public television, in the work place, in the places of leisure activity, etc... The word basically means something or a thing that's not proper.

Today, when we turn on our television, a device that powerfully influences people, we see all sorts of pro-homosexual messages, activities and behaviors. Is this behavior INAPPROPRIATE? The REASONS why I ask this question is because I suspect that the average American doesn't (really) care about his/her fellow American citizen (1); also, what about the children? Remember that famous part in that song by the late Whitney Houston "... I believe that children are our future..."? (2)

How will homosexuality affect the minds of our children? Will they be confused? How will it affect the way the rest of the world view America? (3) If we sit down and consider this dire sunject – without bias – with any one group, also consider how can this very disturbing subject be fruitful for the future of America? We would have to ask ourselves how can homosexuality contribute to society in a positive way?

We know that the act of homosexuality can not reproduce young; people are going all around the country fighting hard to promote this behavior, plus, incorporate it in to "mainstream" society. Hollywood has already began making hit movies featuring this behavior. I have one teenage son and one teenage daughter, and I'm concerned about what the public schools are etahcing today.

I believe that our law makers and politicians are wrong for promoting homosexuality. And if homosexuality was not a reflection of evil, then, tell me, why do most people who are into this, instinctively and initially, cover this act? I hold the belief that it is wrong to coerce this behavior on society. I also believe that is a nation strips itself from morals it becomes vulnerable. Again, although I do not agree with the act of homosexuality, I don't denounce any human beings. I'm a human being myself, of course.

I suspect that the United States of America is turning down a dark, diabolical avenue; with no rules, and no morals, and only God knows the outcome!

Thanks for writing! I finished the transcription for your post.
I feel I've lost a lot of brain cells after transcribing this rubbish...
Hi uncle, this is Shawanna. I just want to say happy birthday, and so does my mom!
I want 2 respond 2 ur view on homosexuality. In regards 2 ur question inquiring about having homosexual activity now on TV; I see that as growth. Maybe 10 yrs ago when Ellen came out on her #1 hit tv show, the show was cancelled. This was a very taboo subject & I think society is now changing. You asked, "what about the children?" Why you think the children's minds will be tainted by viewing "homosexual" relations on tv, is COMPLETE IGNORANCE. I think you should study & see that facts & statistics have shown, children growing up in a family w/same sex parents aren't affected any different than children growing up in a family w/heterosexual parents. At the end of the day children require the same - love & attention. Who they get it from is irrelevant as long as it is received. You say the act of homosexuality can not reproduce any young; biologically you are correct. However, that is why there are other ways for homosexual couples to produce, so if you are wondering about our population dying out, w/all the people in this world, I think that should be the least of your worries. I quote you in saying, "People are going all around the country fighting hard to promote this behavior." Well that is correct. They are fighting for equality, for the same rights as you receive. They pay taxes & follow the law just as u do, but because of who they lay next 2 at night, they are not eligible? That is ludicrous & unconstitutional. They are not asking u 2 agree w/it or even accept it, they are simply asking 4 the same rights that everyone else receives, NOTHING MORE & NOTHING LESS.
Regardless of what school ur teenage son & daughter may attend, they are going 2 see homosexual children/teens/adults in life no matter how well u shelter them. I hope & pray that u teach them 2 treat people based on the content of their character & not judge them based on who they choose 2 have relations with. Homosexuals aren't trying 2 promote themselves in general just to, the only reason they are trying 2 be heard is SOLELY because of equality; Having the same rights as you get & that's it. U asked, "Why do most people who are in this, instinctively & initially, cover this act?" That's because due 2 ignorance, homosexuality isn't accepted everywhere. Homosexuals don't want 2 get picked on & bullied so they try & hide it until the time is right FOR THEM & until they get the strength 2 hold their head high & fight 4 what is right 4 themselves against people like u who think their lifestyle is wrong. So they're not hiding themselves because they think it is wrong, they're hiding due 2 lack of acceptance everywhere & 2 protect themselves! Homosexuals aren't asking u 2 change your morals, they're not even asking you 2 accept them, they're simply asking 2 no longer be second class citizens.
One day this will be like slavery-- an issue of the past. One day homosexuals will have the same rights as everyone else & they will be FREE. 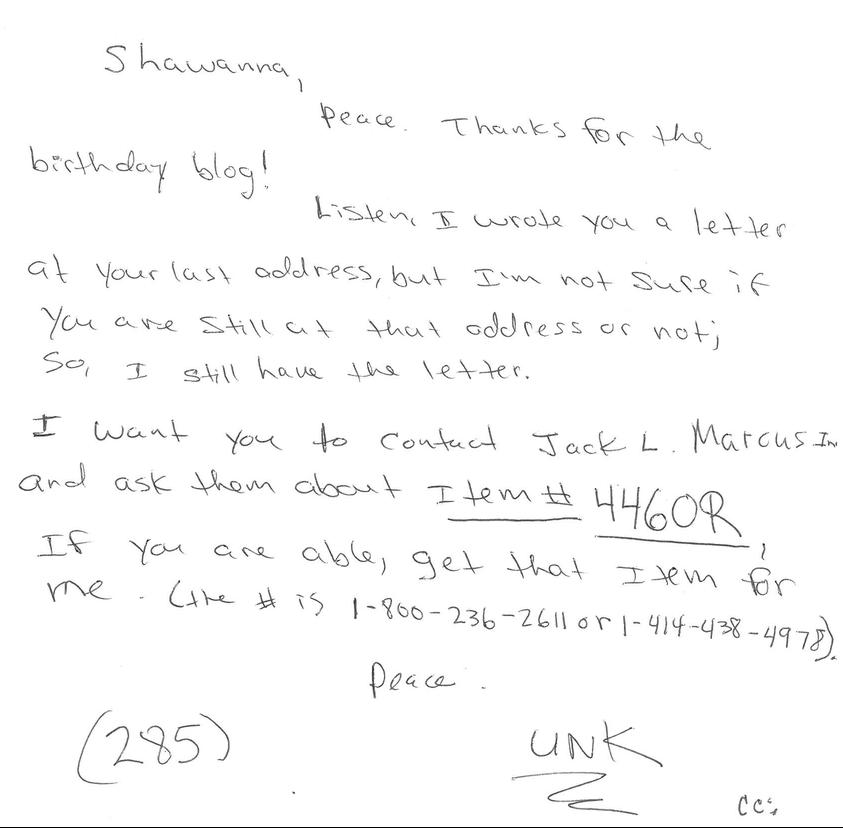 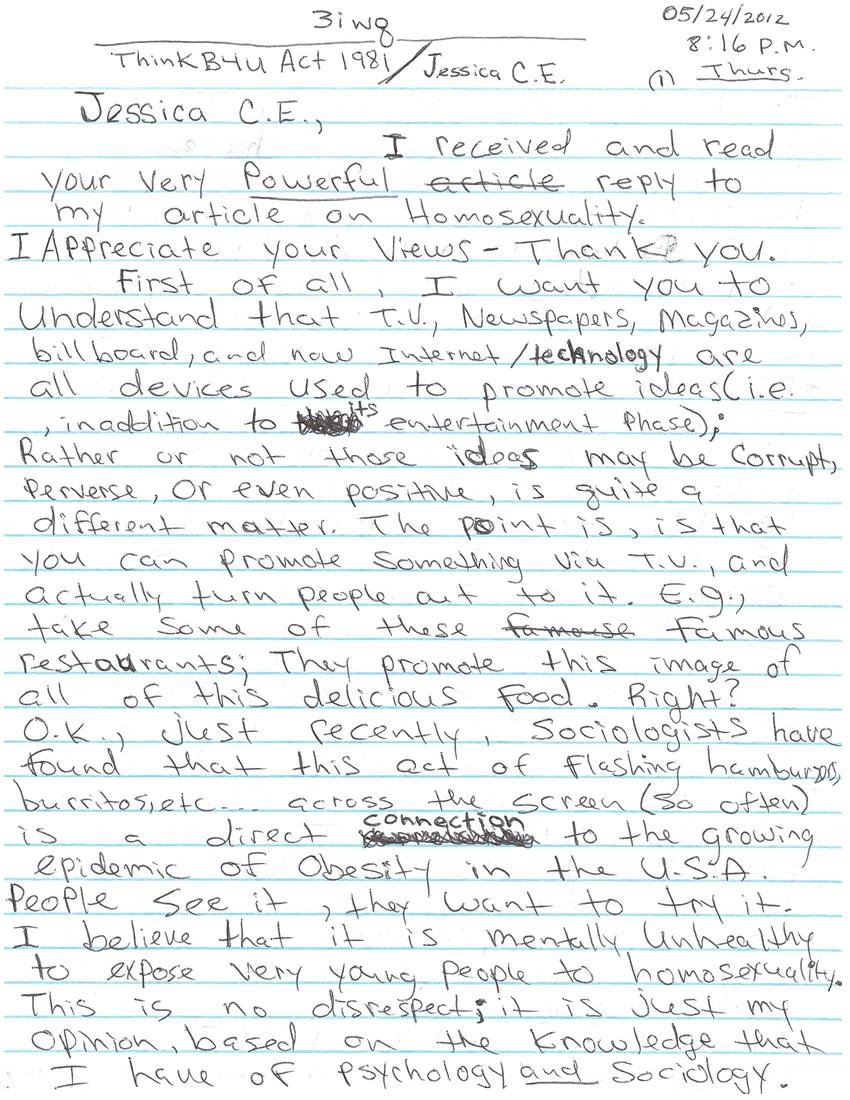 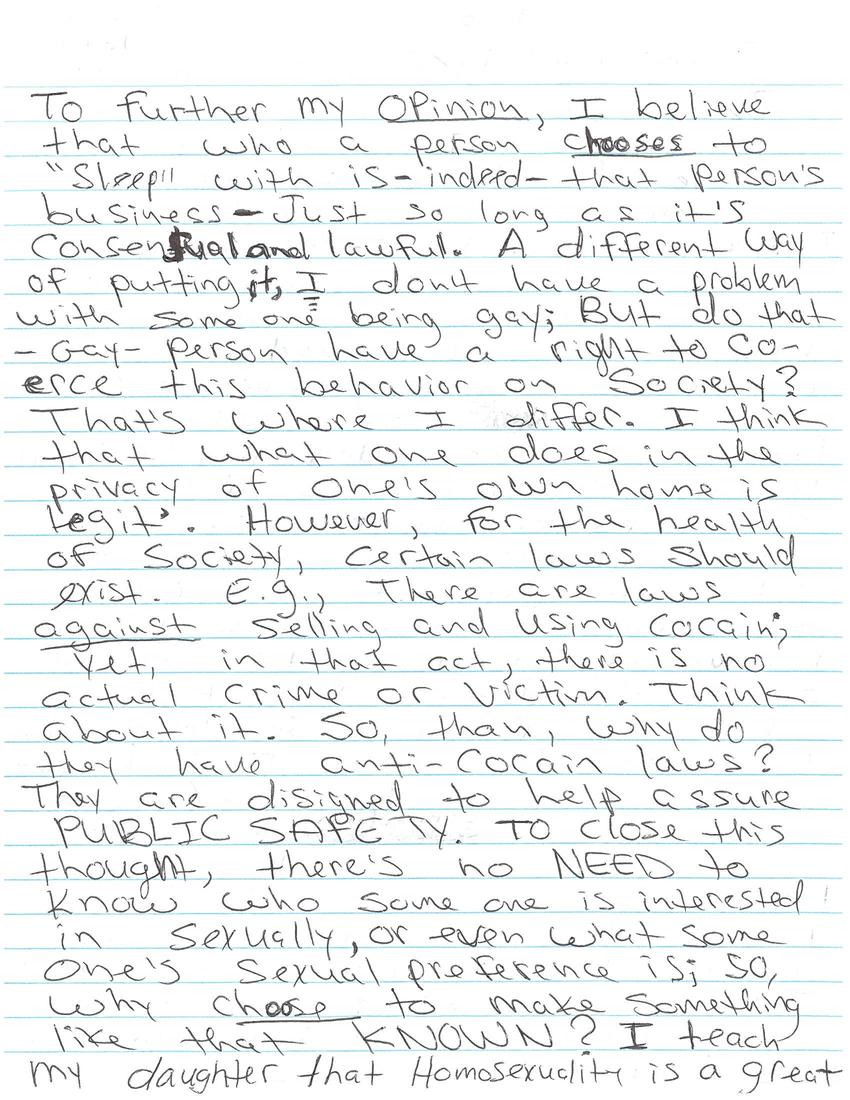 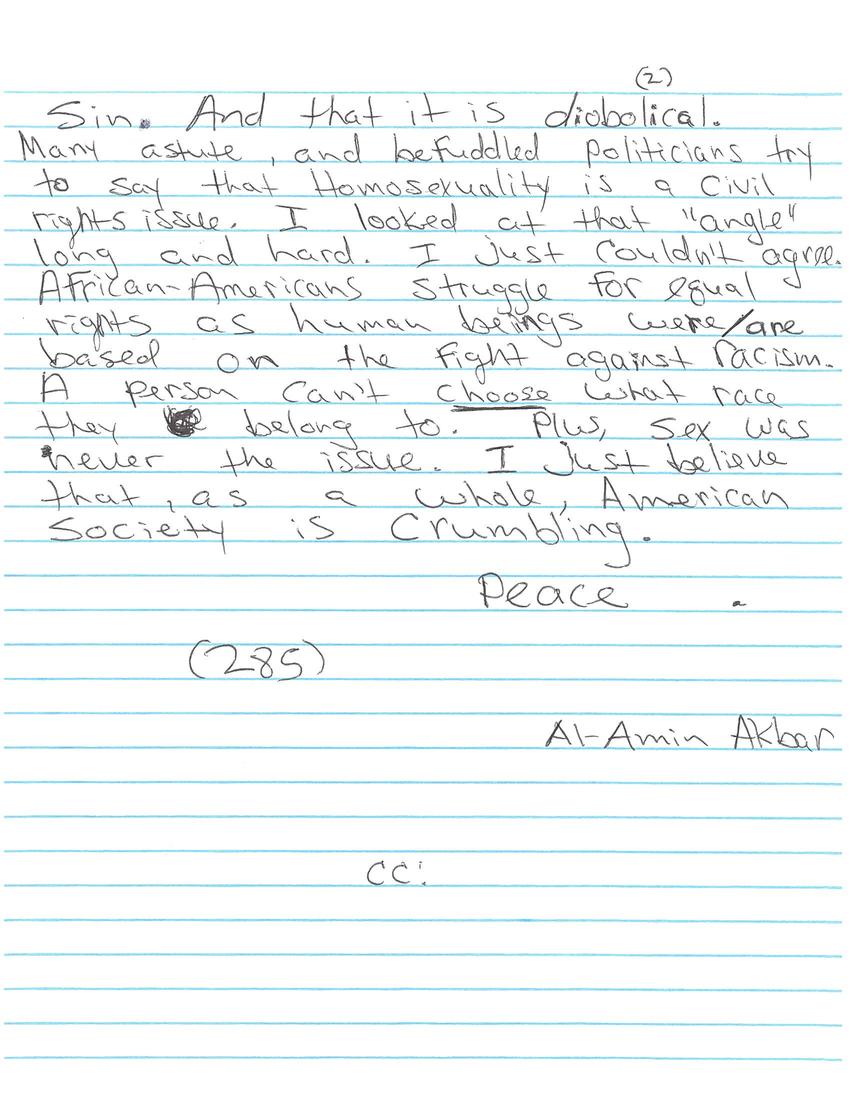 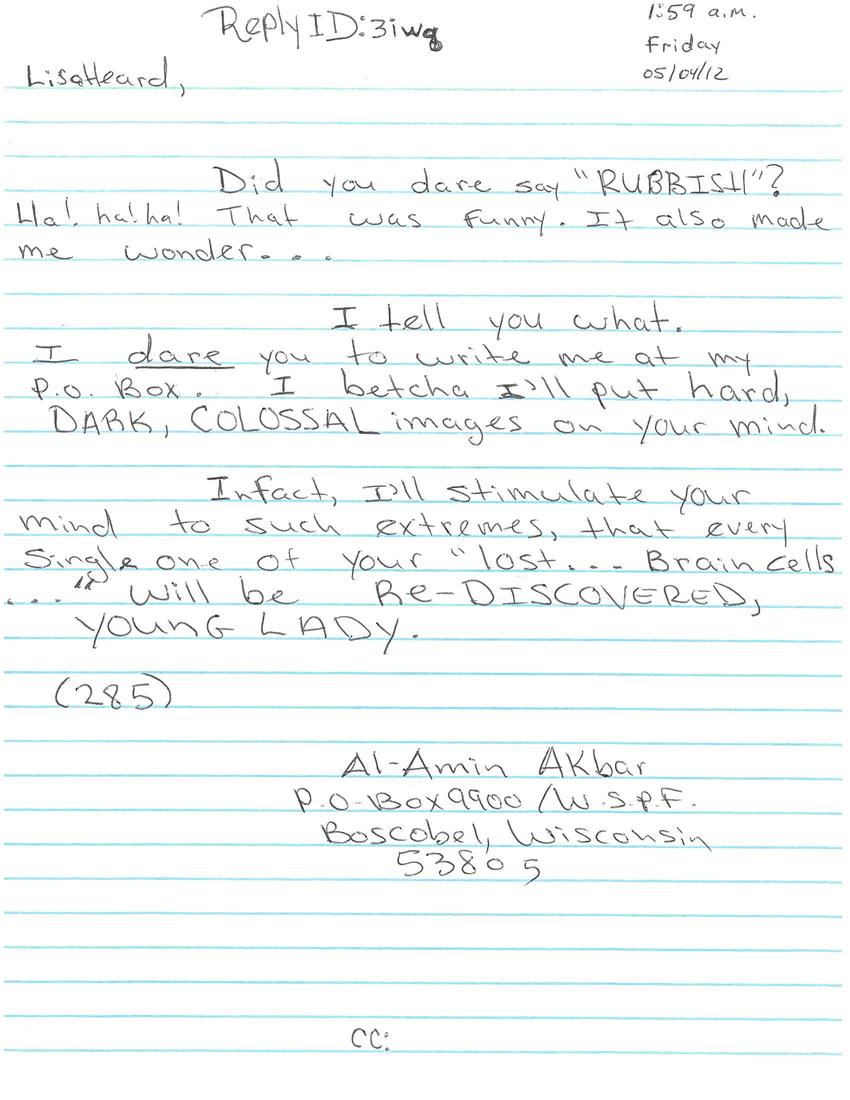 Sex isn't dark, hard or colossal. Only rape/non-consensual is wrong when it comes to sex. It's 2012.

I know inmates are desperate to have someone to correspond with so daring me to won't wash I'm afraid.
(scanned reply – view as blog post)
uploaded Aug. 8, 2012.  Original (PDF) 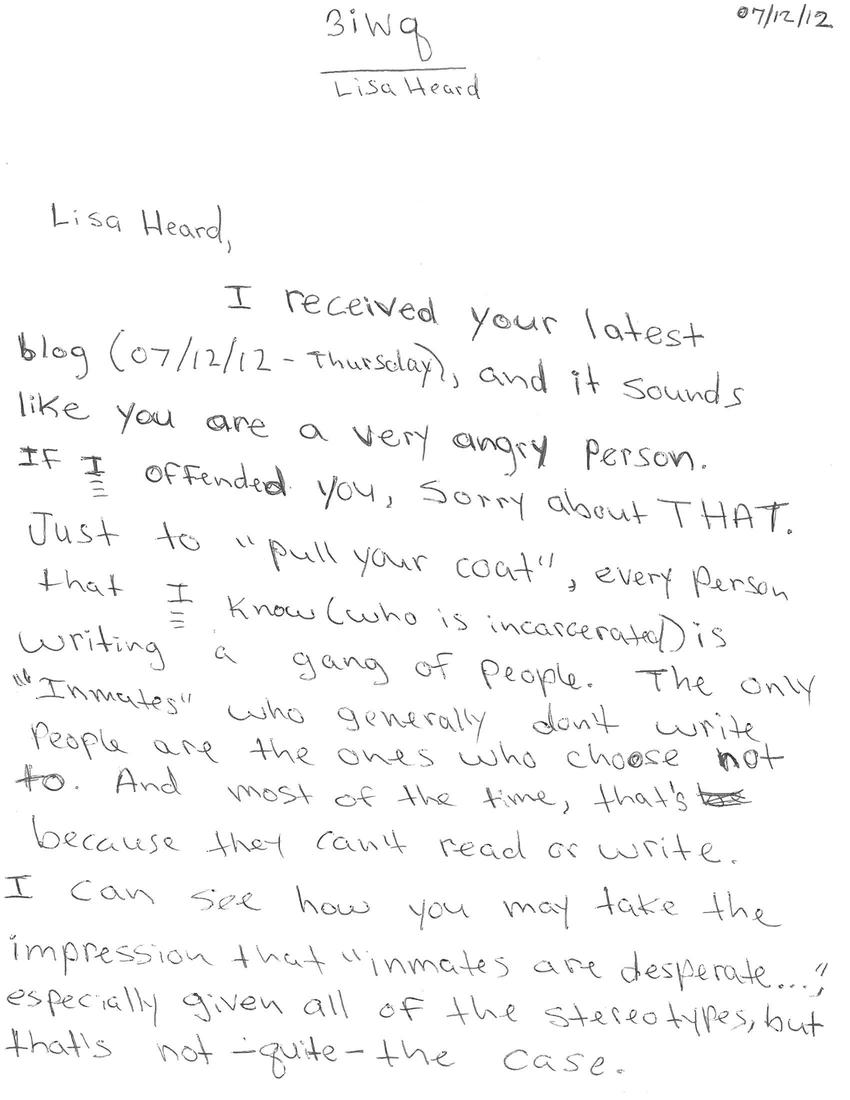 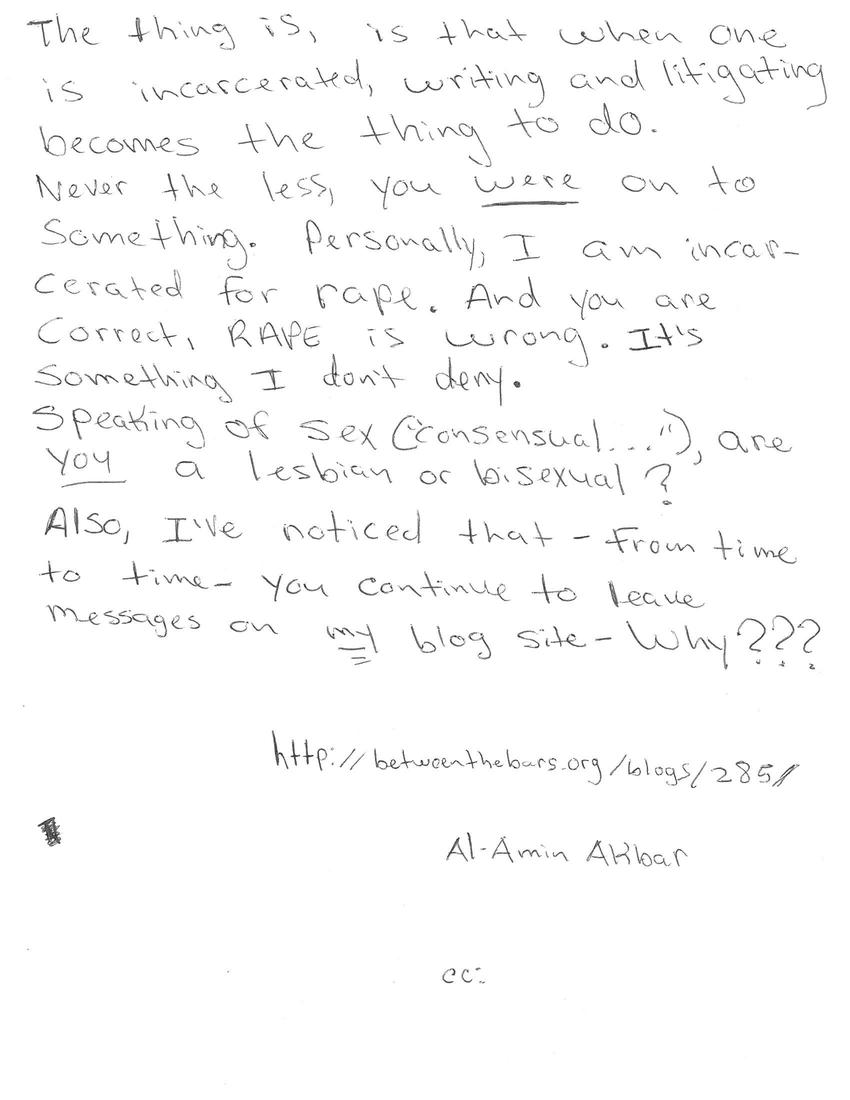 Not that it matters but no, I am heterosexual. I just don't think being hateful, ignorant or prejudice is right.

I like to transcribe. It's good for my typing skills and I like to think I'm helping some people out at the same time. I try not to concentrate on what is actually being written, it's not my place to judge, but in this case I felt I was helping to spread your hatred and felt guilty about it.

So you're in prison because you raped someone? And you have the nerve to talk about good, law abiding people the way you did in this post. That's sickening and strangely ironic. If you spent more time thinking and writing about the wrongdoings made in your own life than those you (quite wrongly) assume others have committed, maybe you'd be closer to reaching some kind of rehabilitation or realisation. I hope you're in there for a while because you're definitely not at the level yet where you're safe to be around the innocent population.
Well said Lisa... well said!
(scanned reply – view as blog post)
uploaded Sept. 20, 2012.  Original (PDF) 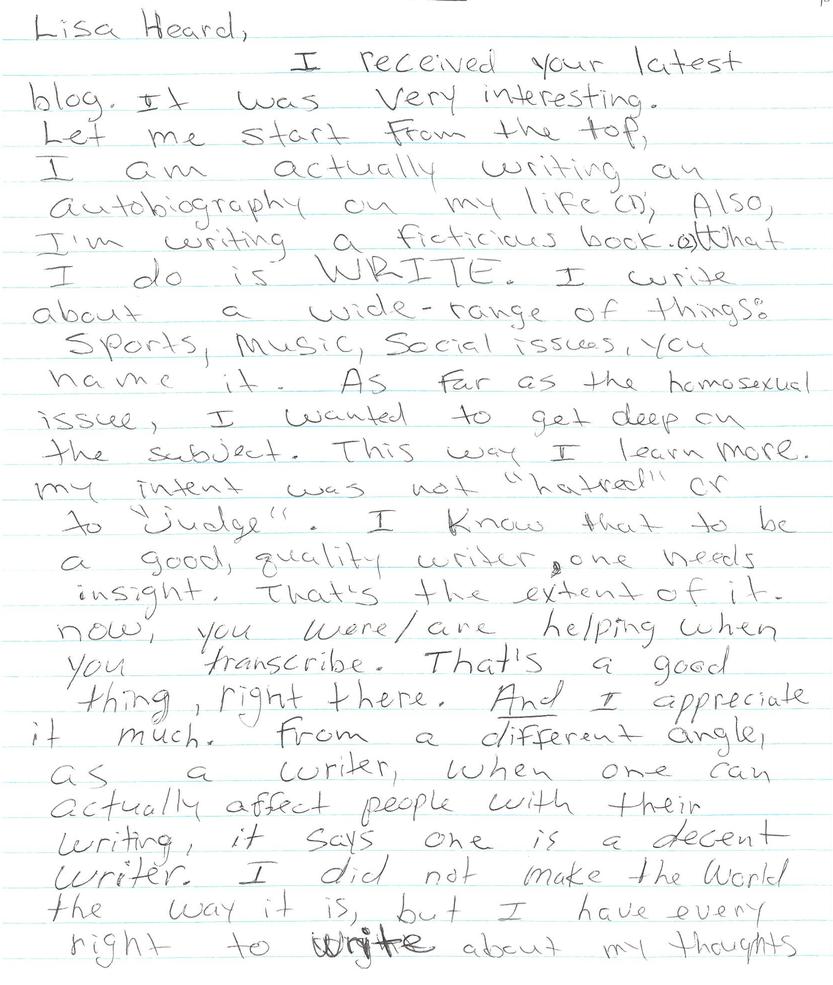 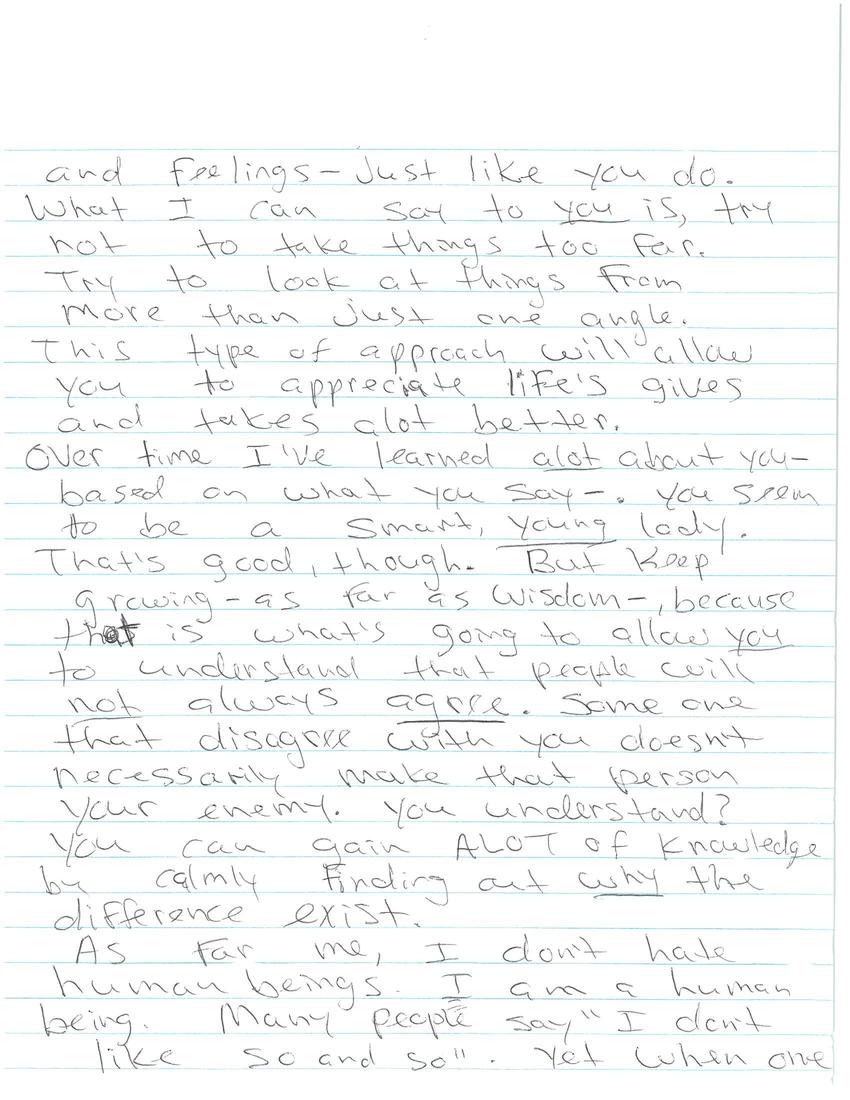 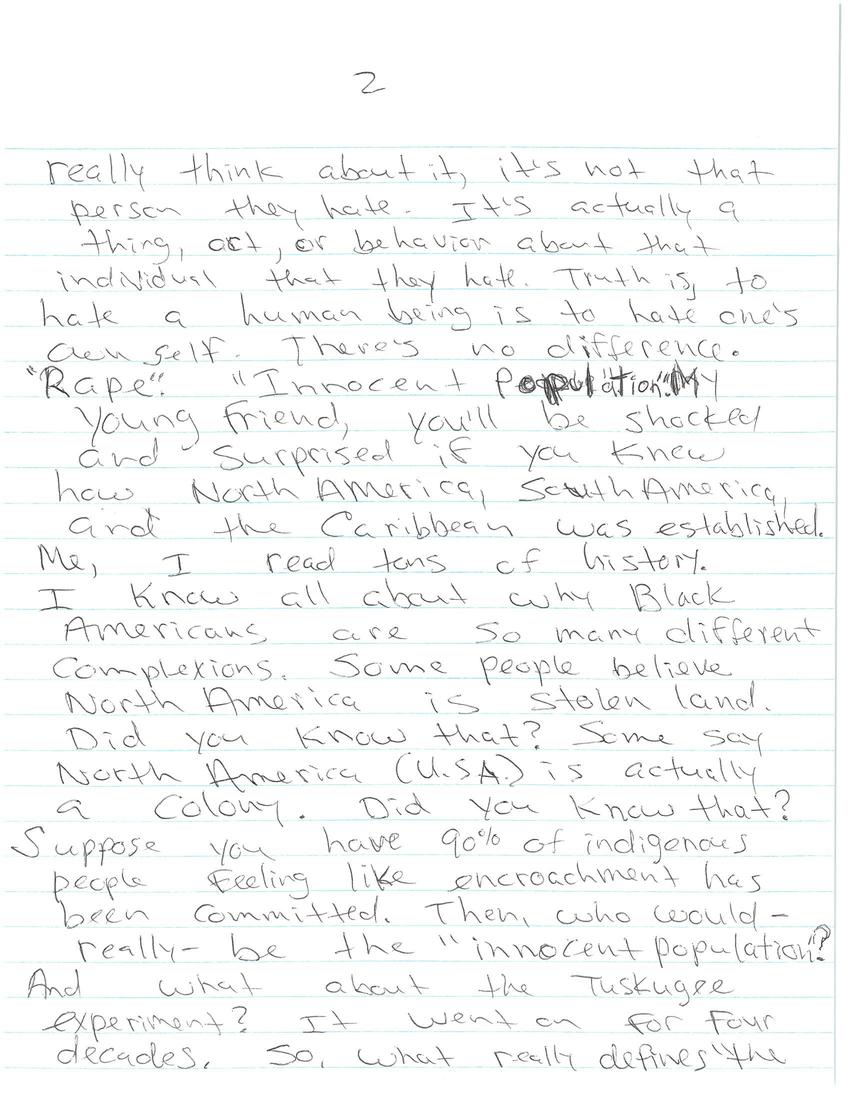 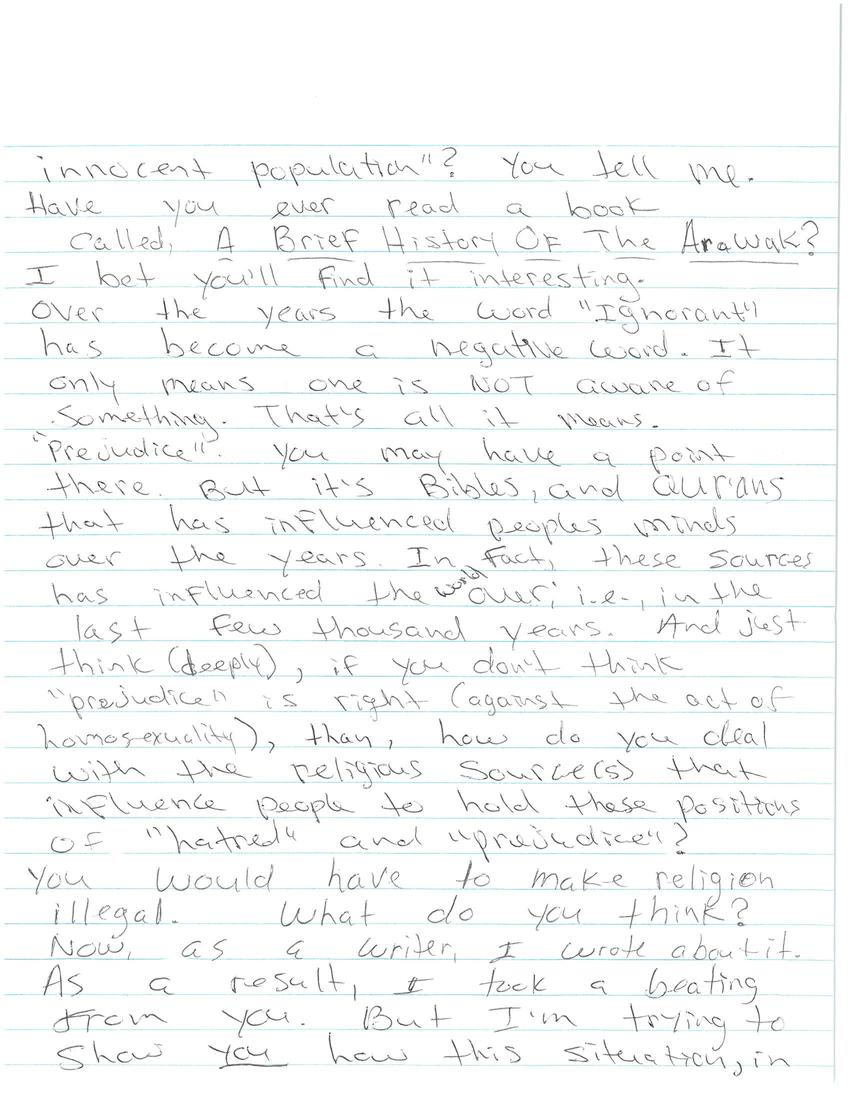 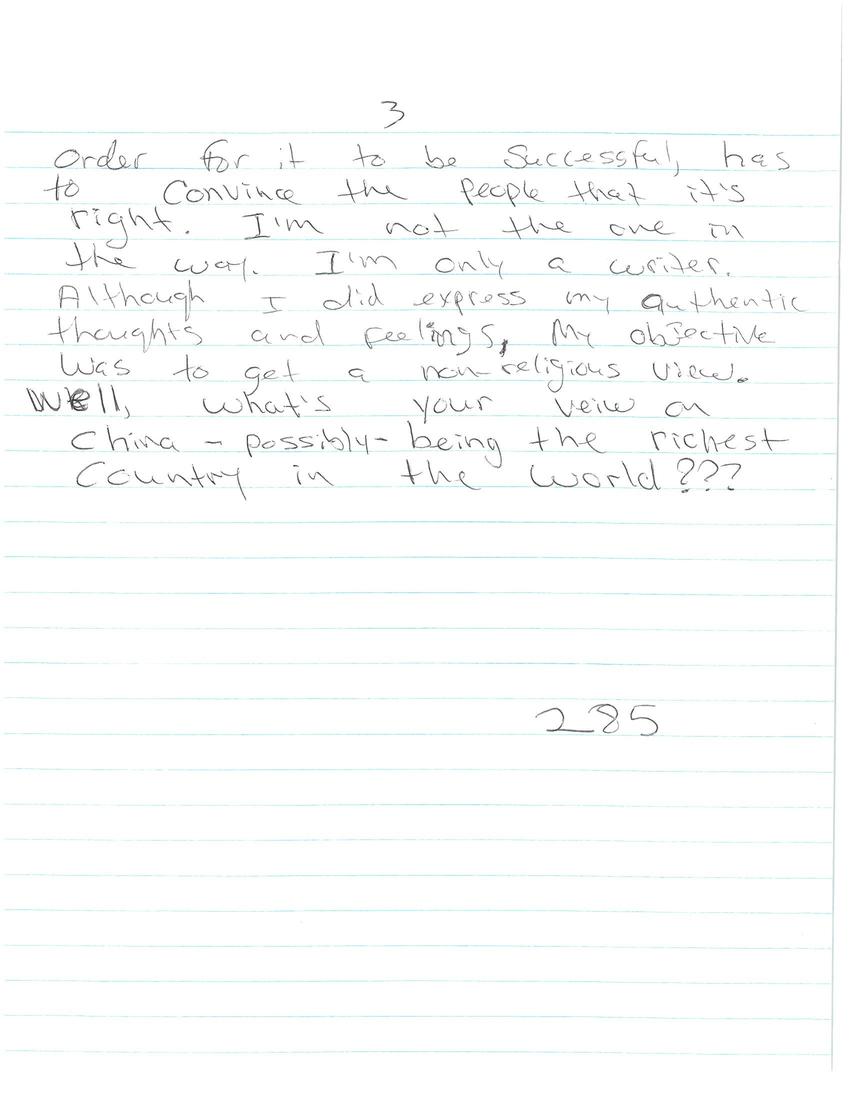 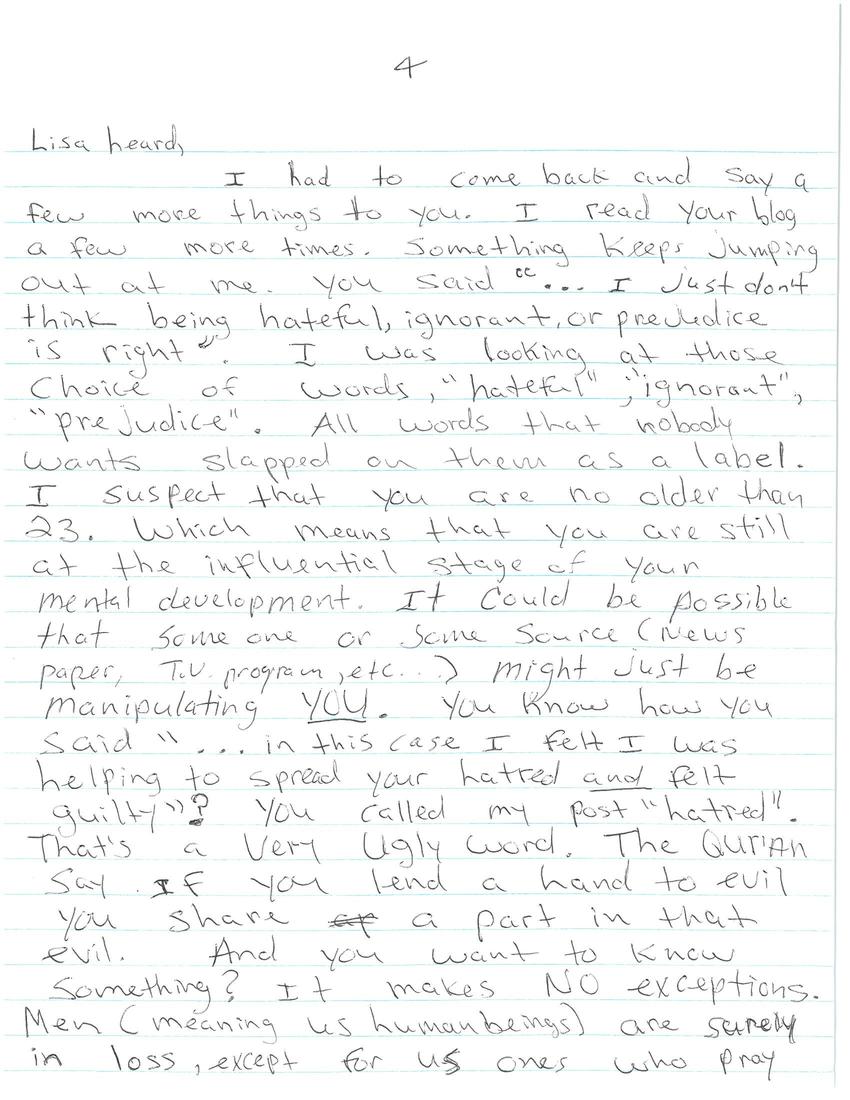 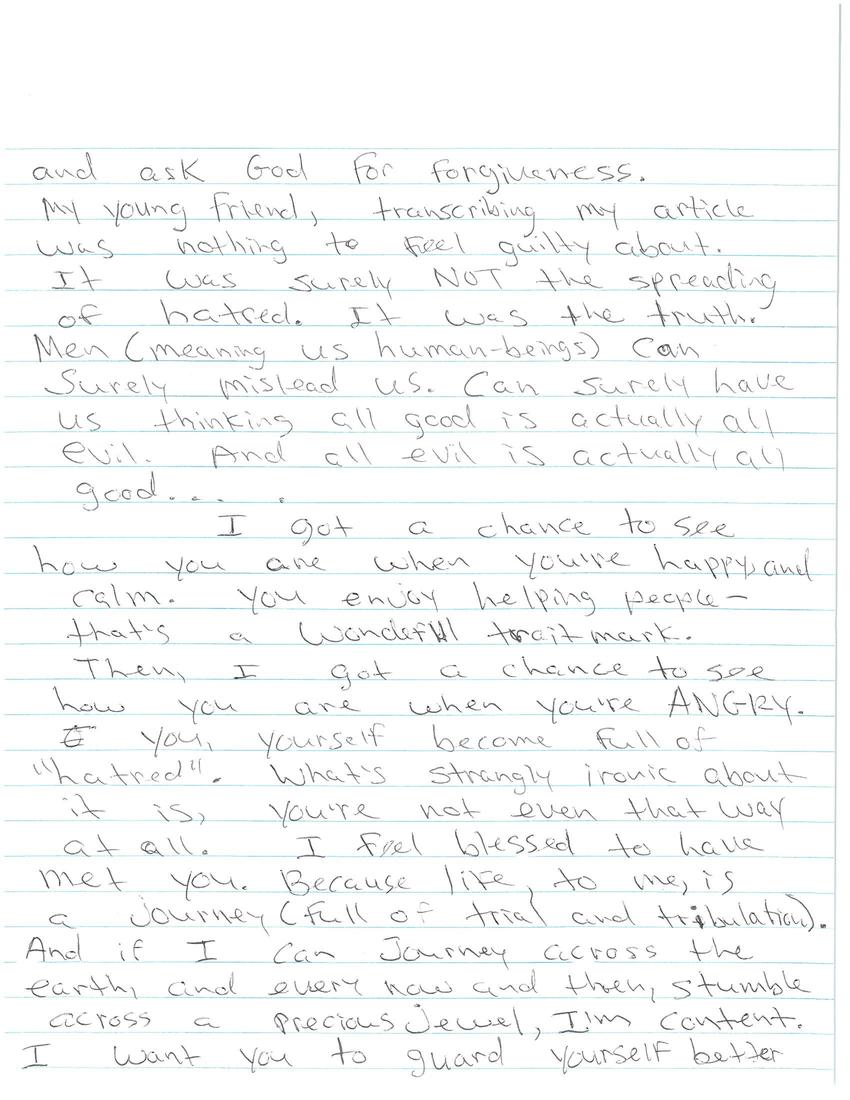 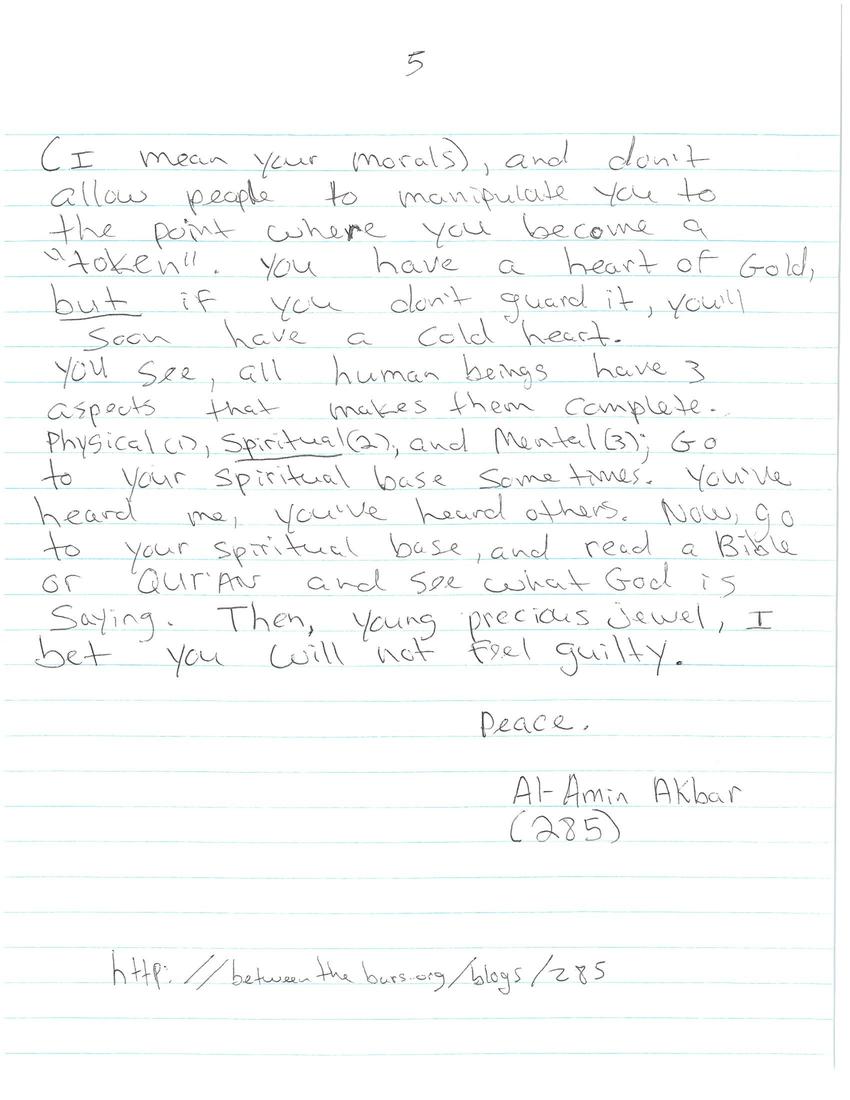 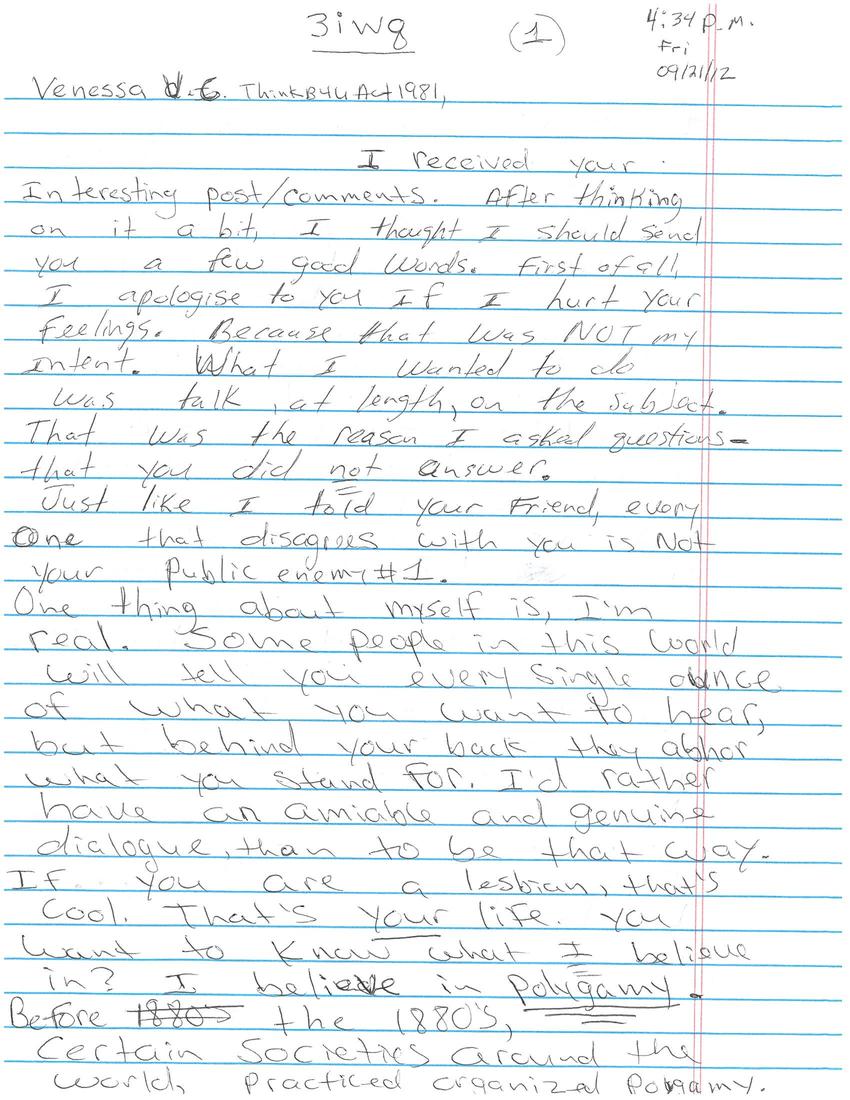 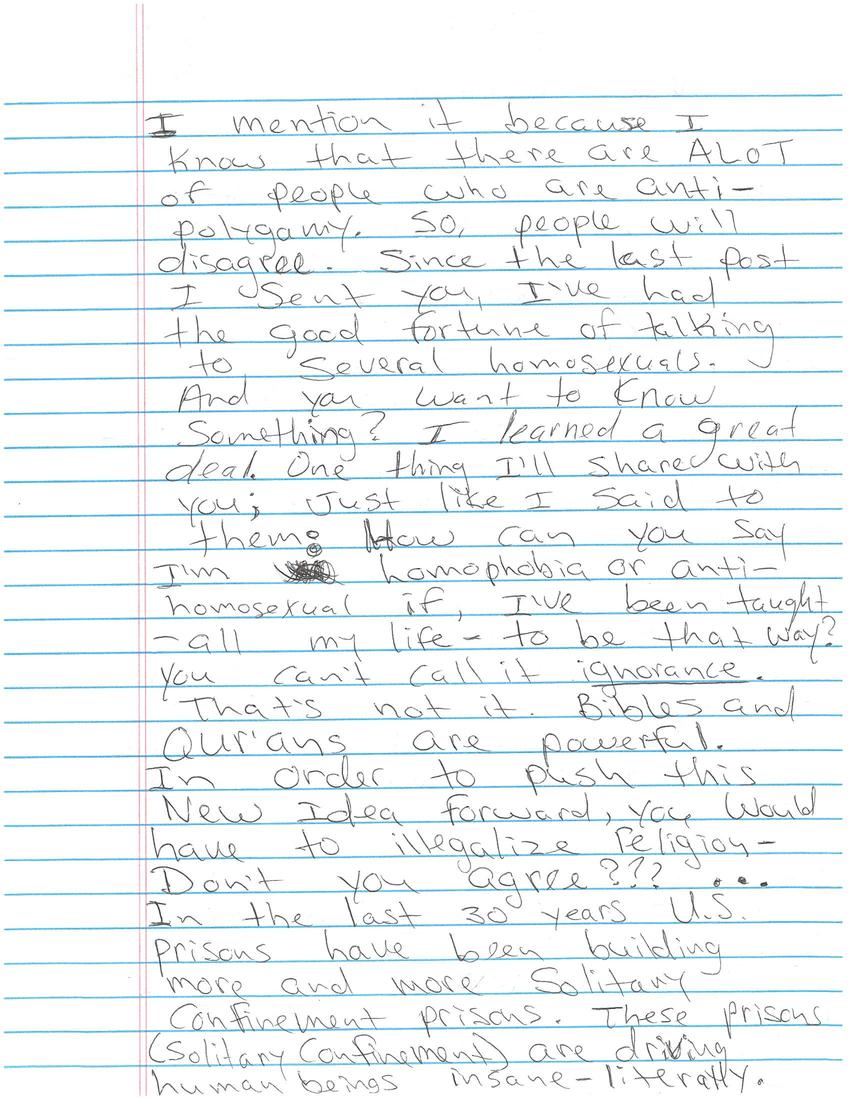 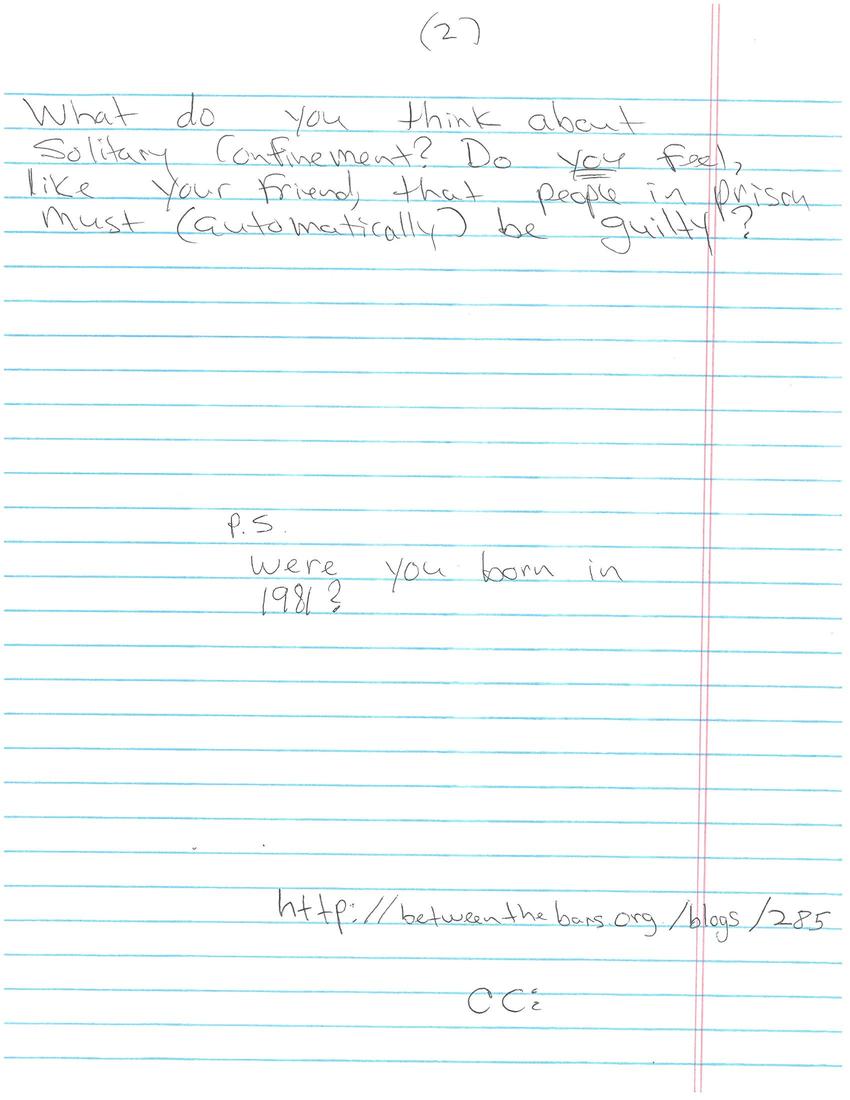 You have been blocked from iThinkB4uAct1981 news feed and comment section.